Trophy of the European club handball returns to hands of the Hungarian Győr!

After three years the most coveted trophy of the European club handball returns to hands of the Hungarian powerhouse Győri AUDI ETO KC. The 2013 and 2014 winners beat HC Vardar 31:30 after extra-time in a thrilling final game of the TIPPMIX EHF FINAL4 and clinched their third EHF Champions League title in five years.

In front of the sold-out crowd of 12.000 spectators in the Papp László Budapest Sportarena the team with the best defence of the competition prevailed over the best attacking side and the newcomers in the final.

Two-time Champions League winners Győri Audi KC took on Macedonian powerhouse Vardar, who were after their first triumph in the ultimate game of the Women’s EHF Champions League season. The final was a game of different handball schools: Győr was the team with the best defence while Vardar has been a free scoring side all year.

There were two (and a half) players, who faced their former teams in the 2017 TIPPMIX EHF FINAL4, Jovanka Radicevic and Andrea Lekic left Győr to join Vardar, while Eduarda Amorim played in Skopje, however, her team was Kometal.

The final was expected to be a battle between Vardar’s attackers and Györ’s defence but the first minutes proved these games are extremely hard to predict. The Macedonian offence regularly found the way past the Hungarian team’s wall, but it was Győr who got to the driver’s seat by outstanding attacking plays.

Anita Görbicz was on fire scoring three of her team’s first six goals from the wing and Nycke Groot also started well, but Inna Suslina made some nice saves to keep the home side on a short leash. Vardar’s left side of Jovanka Radicevic and Alexandra Lacrabere was particularly dangerous but it was top scorer Andrea Penezic, who equalized (9-9) in the 15th minute with a thunderbolt from 10 meters.

Győr were up front, but the amount of conceded goals was unusual for Ambros Martín’s team. However, when Kari Aalvik Grimsbö made two important saves in a row Győr seemed to gather momentum as the margin grew to three goals (13-10) in the 20th minute.

The home side’s wall kept Grimsbö’s goal untouchable for 13 minutes (!) and but they could not make the most of Vardar’s long goalless run as the visitors’ defence worked well, too. 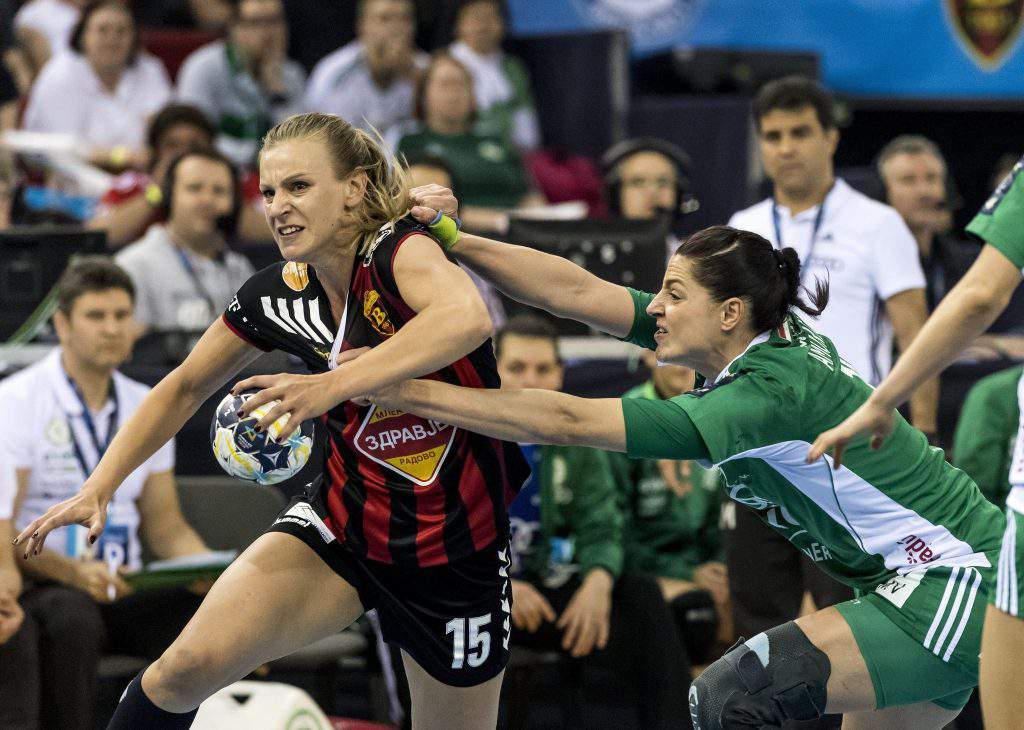 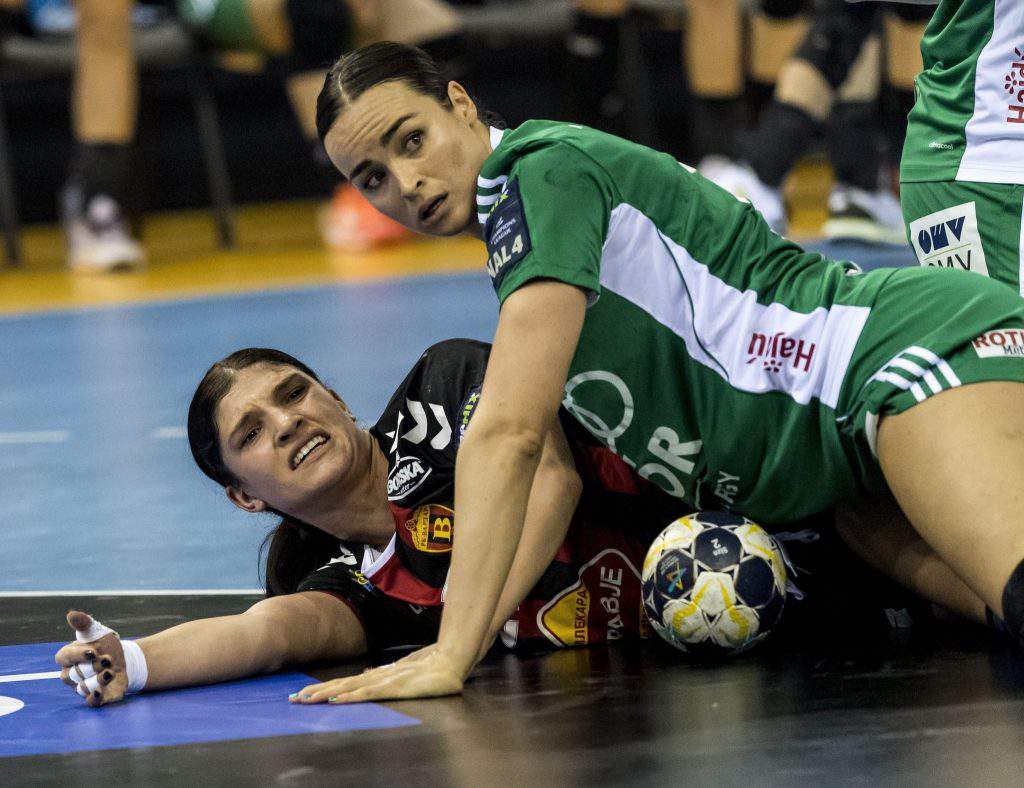 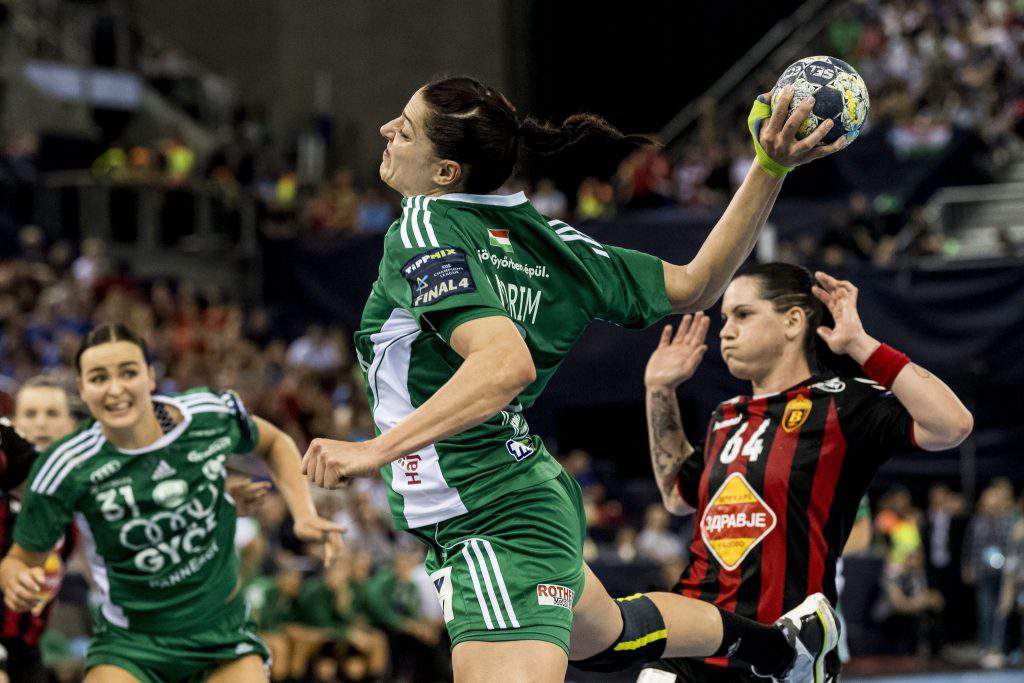 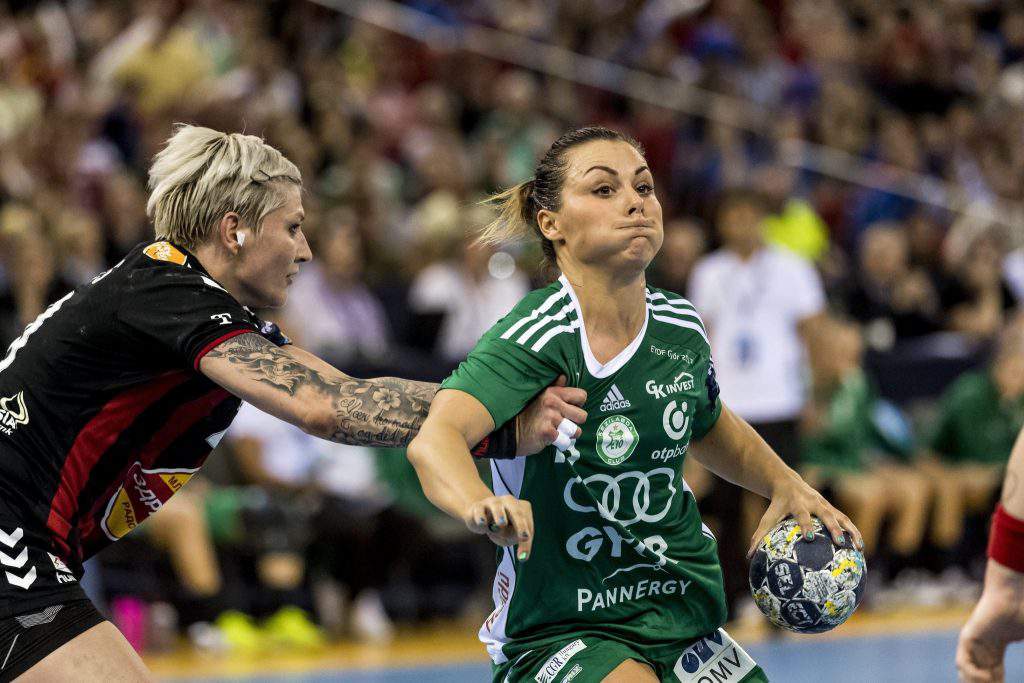 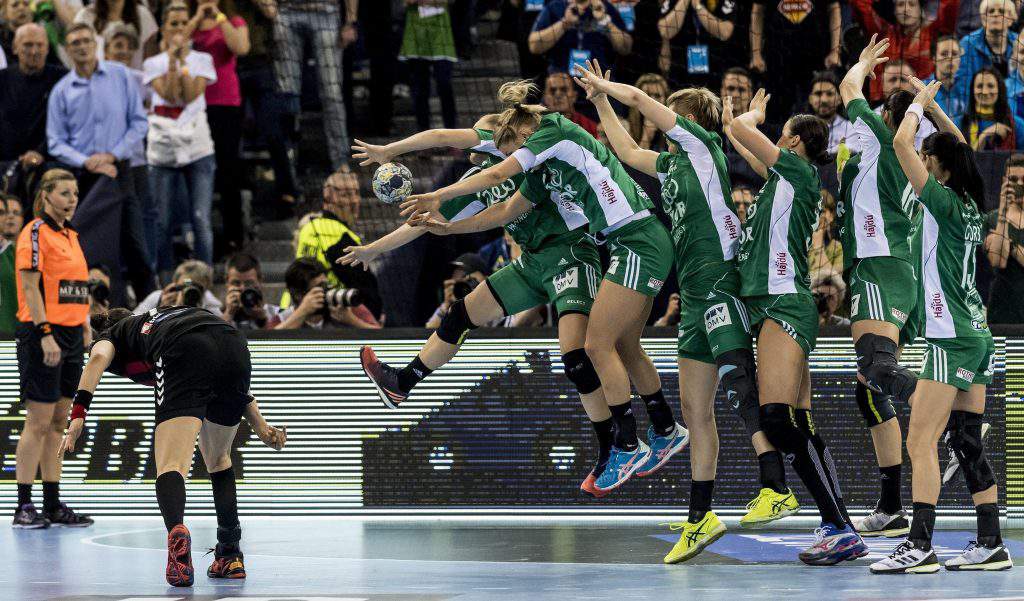 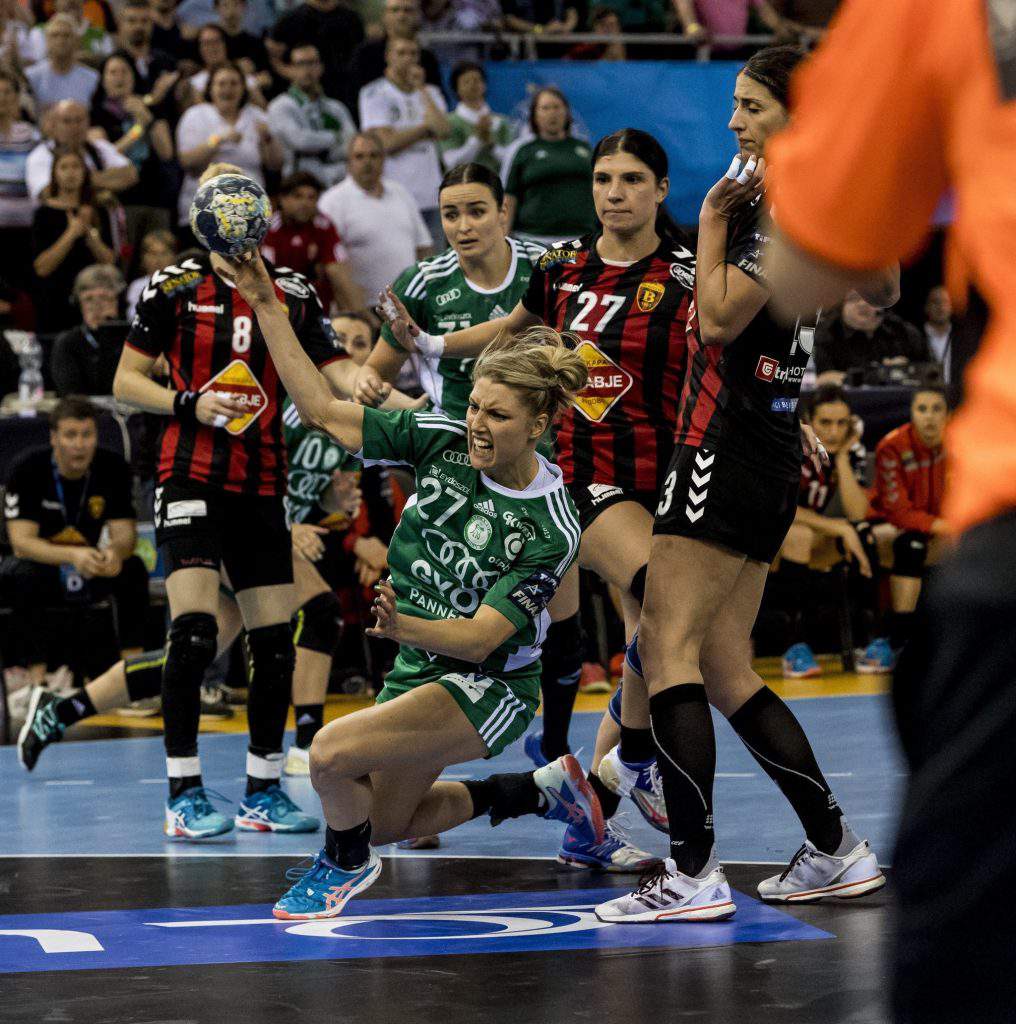 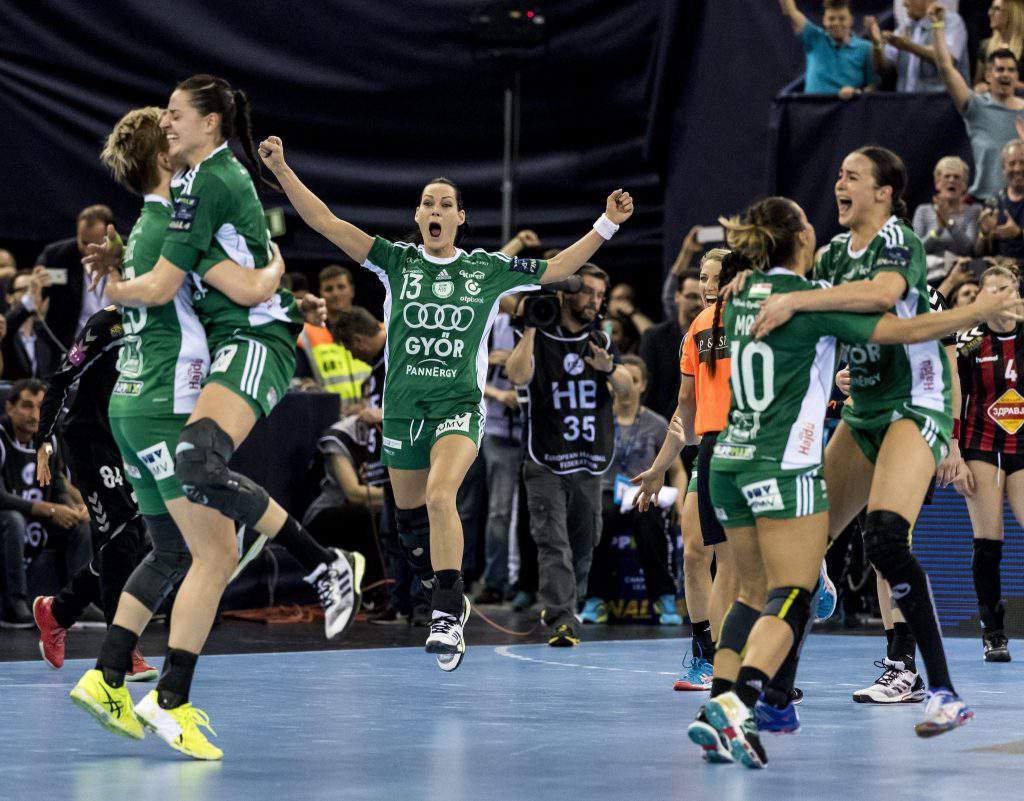 Budapest, May 7 (MTI) – CSM Bucuresti finished in third place in the women’s handball Champions League Final Four by defeating its Montenegrin opponent in Budapest on Sunday.