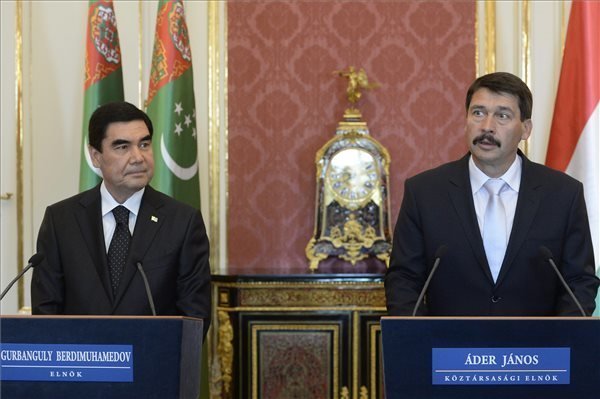 Speaking after talks with Gurbanguly Berdimukhamedow, Turkmenistan’s president, Ader said he trusted that bilateral economic, education and cultural ties would develop in the next few years.

Berdimukhamedow highlighted similarities in the two countries’ political positions, adding that both sides find stability and security important as well as the need to develop business ties.

Ader said Turkmenistan had the world’s fourth largest gas reserves and reached economic growth of 10 percent in the past year. The country had signed an energy agreement with Europe three years ago and is ready to improve Europe’s energy security, Ader added.

An economic forum will be held on Thursday where Hungarian entrepreneurs and businessmen will make presentations to the Turkmenian participants.

Berdimukhamedow said his country was grateful for Hungary’s support in the United Nations. He said cooperation between their countries could extend to the oil and gas industries as well as agriculture. He said a business council should be set up to help ties between small and medium-sized companies (SME). He also praised cooperation between their respective chambers of commerce and industry. 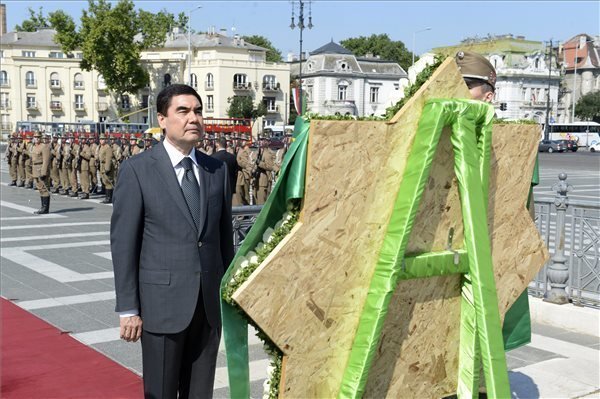 Berdimukhamedow added that Turkmenistan has developed a social programme until 2020 and one on industrial developments until 2030 and he would welcome the involvement of Hungarian experts on these projects. He added that Hungarian cultural days will be organised in Turkmenistan and that this could be reciprocated in Hungary. He also invited Ader for an official visit to Turkmenistan.

Before the press conference Hungary and Turkmenistan signed cooperation agreements including a cooperation programme in education and science, one on foreign policy and one between their respective tax offices.