The World Touring Car Championship was held at the Hungarian location of Hungaroring this weekend. 8 thousand visitors went out on Saturday and almost 35 thousand visitors went out on Sunday to cheer for their favourites, despite of the gloomy weather. These days were a bit of a roller-coaster for Norbert Michelisz, who finally finished the Main Race in the 10th place. 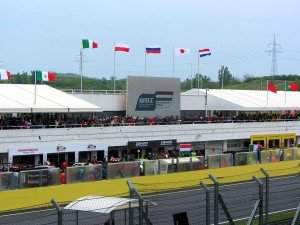 What was new this year is that Hungaroring’s surface was completely renewed and the WTCC drivers were the first to try out the new asphalt. This also means that all drivers started off with the same chances as Norbi Michelisz can’t count on his knowledge of all the nooks and crannies of the Hungaroring anymore.

On Friday Norbi started out with breaking the track record on the test drive at Hungaroring. He finished in first place and was followed by his Honda team-mates Robb Huff and Tiago Monteiro.  But Friday wasn’t all about racing… Apparently the new Hungaroring surface is so clean that you can even eat on it! At least, this is what the guys did: they ate goulash soup on the finish line 🙂 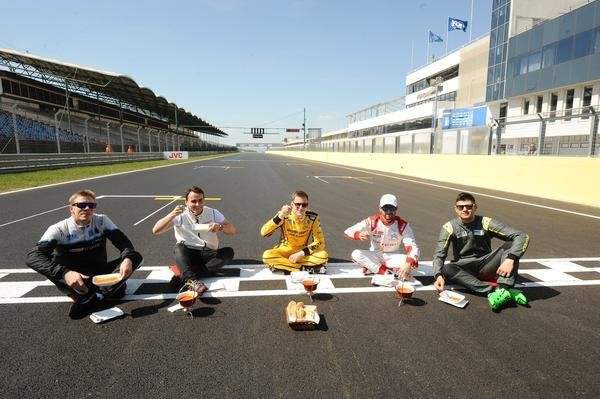 On Saturday Norbi finished Q2 in the sixth place so by the rule of reverse start order he would have started Sunday’s first race from the 5th place. He said that he was a bit disappointed because he felt like he could make it into Q3. “It would’ve been better to finish in a more elegant place on my home track. I want to be on the podium after the Sunday races but this is going to be much harder this way. I think it’s going to be all about the starts.”

These were all the happenings that led up to the Sunday races. The Opening Race started at 14.15, but Norbi couldn’t take part in the race due to an unforeseeable technical problem. “It’s so unfortunate. I’m so sorry for all of the people who came. We had an issue with the engine. I’m not sure if it was the turbo or something else but I just felt there was something wrong during the formation lap and the car started to smoke more and more. I was trying to get back to the pits because I knew: if it was a failure we’d need every minute. But the smoke inside the car was too big for me to see the way so I just tried to figure out where the marshals are closest with the extinguisher. Hopefully, we can repair the car because in circumstances like this, even starting from the back, there is no possibility to score points in the Main Race” told Norbi fiawtcc.com.

His team managed to change the turbo in Norbi’s car so he could start the Main Race from the 17th place instead of 6th. He delivered a hero’s drive for the home crowd and managed to bring the car home in 10th. The driver of Zengő Motorsport, Ferenc Ficza finished in the 14th place. And lastly, José María Lopez was able to score his third Main Race Victory in the season. 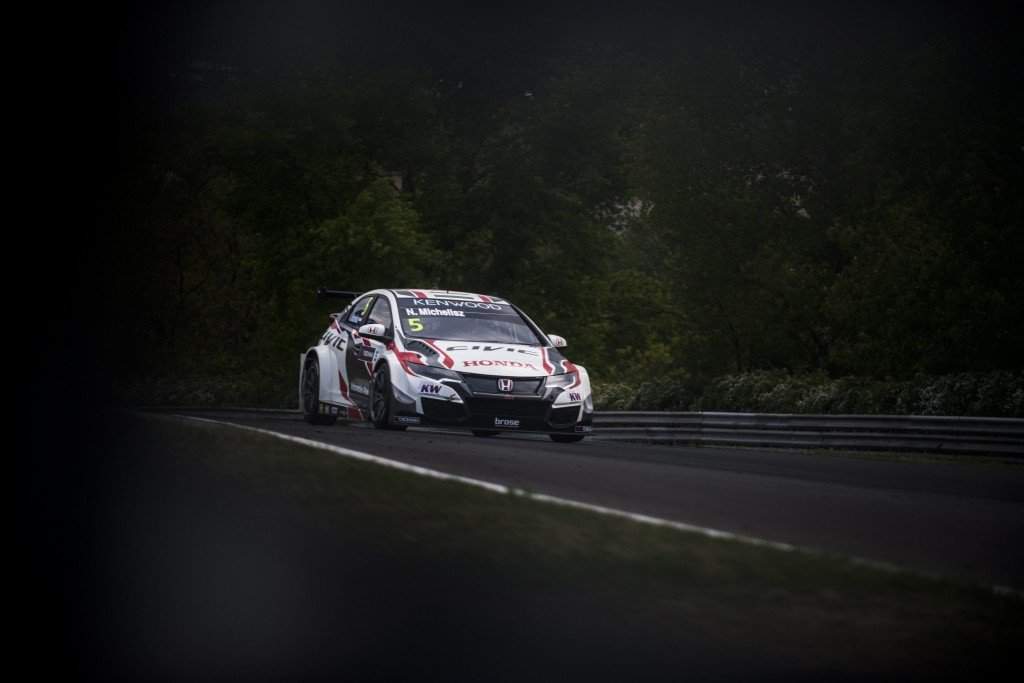 Today was probably quite nerve-wrecking for Norbert Michelisz. Maybe the gloomy weather was to blame. However, FIA WTCC believes that racing isn’t the only reason to visit Hungary. Watch this video of the beautiful Budapest and hope for the best for Norbi in the upcoming WTCC turns.