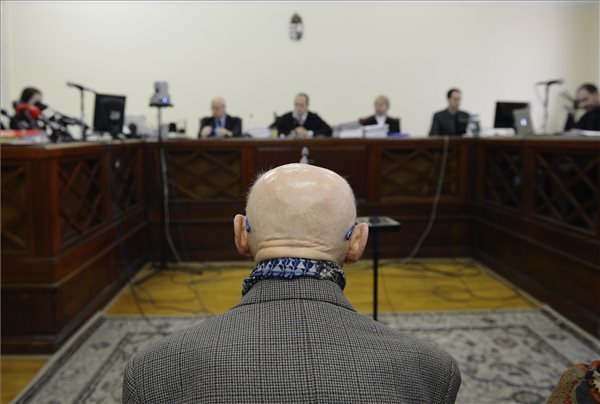 (MTI) – The trial has begun of a 92-year-old former communist leading official charged with war crimes during the crushing of the 1956 anti-Soviet uprising.

Bela Biszku has said he does not understand why he is charged with the murder of nearly fifty people, tabloid Blikk said on Tuesday.

The trial can be held thanks to a law passed by the ruling Fidesz party that states war crimes and crimes against humanity cannot lapse. A Budapest investigating prosecutor’s office raised charges against Biszku for war crimes and other crimes last October. 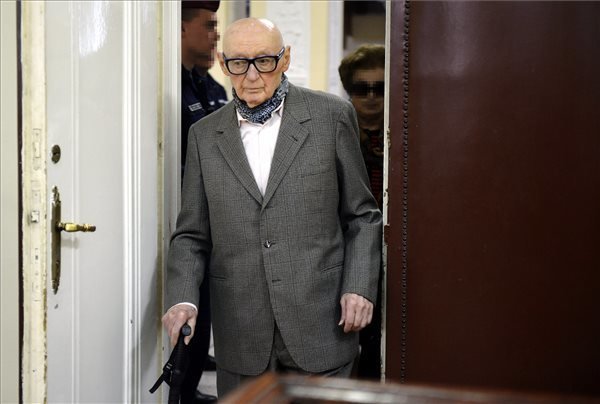 Biszku told the paper that he did not understand the charge and why he is accused of giving orders for firing shots at the public. He added that the trial against him was unfair and its timing indicated that it only served to divert attention from people’s problems. “I was not an interior minister in 1956; I was involved in reorganising the Budapest Party Committee district organisations and I was not in the police force,” Biszku told the paper.

At the court hearing on Tuesday Biszku refused to make a statement amid a heavy media presence. A prepared statement by Biszku was read out saying that he had not committed any crime. Biszku’s lawyer said that no evidence supports the suspicion that he may have abetted those who fired to the public after the failed 1956 revolution.

The indictment said in the immediate aftermath of the thwarted 1956 revolution Biszku was a member of the Provisional Executive Committee, a central steering body of the then newly formed Hungarian Socialist Workers’ Party (MSZMP). The committee had set up a special police force, directly controlled by its members, which was then responsible for firing shots at the public, including unarmed protesters, in several parts of Hungary.

Biszku’s role has been qualified as a war crime, for which he could face life imprisonment. Biszku was interior minister between 1957 and 1961 and a member of MSZMP’s Provisional Executive Committee before joining the Political Committee.

He was placed under house arrest in September 2012, which was later altered to a ban on leaving the city. In an additional but separate case, charges were also raised against Biszku for illegally kept ammunition found in his home in September last year, the prosecutor said.