One crown, two nations – many refer to the Historical fact that Hungary and Croatia were one country and so they had common struggles, successes and losses for more than 800 years and they are connected by true friendship even today.

Historians debate even today when the first Croats settled in the territory today known as Croatia, but it is clear that they arrived and took up Christianity long before the Hungarian tribes conquered the Carpathian Basin in 896.

The first native Croatian ruler recognised by the Pope was Duke Branimir, who received papal recognition from Pope John VIII in 879. His successor, Tomislav, Hungarian and Bulgarian invasions and the medieval Croatian kingdom reached its peak in the 11th century during the reigns of Peter Krešimir IV (1058–1074) and Demetrius Zvonimir (1075–1089.

However, with the death of Stephen II (1089-1091) the native Croatian ruling dynasty of the Trpimirović died out, and Zvonimir’s brother-in-law Ladislaus I of Hungary (1077-1095) became Croatian king. After winning the war for the crown, Ladislaus’s successor, Coloman (1095-1116) cemented the reign of the Hungarian ruling dynasty in Croatia in 1102.

maintained its autonomy throughout the centuries,

It was ruled by the local Sabor (parliament) and though the ban (viceroy) was appointed by the Hungarian king, he was always selected from the Croatian noble families.

Hungary and Croatia struggled together against the Mongol invasion of 1240-1241, the Hungarian king, Béla IV found shelter in the Dalmatian fortress of Trogir (Trau) and returned home from there to successfully rebuild the country.

Croatian and Hungarian soldiers fought side by side

against the Ottoman invasion as well from the 15th century until the end of the 17th century when the Ottoman forces were finally drawn out from both countries. This fight gave heroes to both nations like Miklós Zrínyi who wanted to reunite the Habsburg-ruled Hungarian Kingdom, the Kingdom of Croatia and the independent principality of Transylvania against the Ottomans but was fatally injured in 1664 by a wild boar during hunting. Zrínyi was not only a politician and a warlord but also a poet writing the first epic poem, The Peril of Sziget, in Hungarian literature.

The poem commemorated his great-grandfather, Nikola IV Zrinski, who bravely protected Szigetvár in 1566 against the Ottoman siege lead by Suleiman the Magnificient. Suleiman died during the siege, but the janissaries kept his death in secret fearing of a riot in the camp and thus, a defeat on the battlefield.

At the end of the 17th-century Ottoman forces were defeated and driven out from the Kingdom of Hungary and Croatia. The Habsburg king of Hungary became the king of Croatia, as well, though the two countries were governed separately. The beginning of the 19th century was the time of the national awakening in both countries during which most Croats wanted the South Slavs (Serbians, Slovenians) to be united within the Habsburg Empire as a counterweight to the Hungarians.

Therefore, during the Hungarian Revolution of 1848 Croatia sided with the Habsburg court and

Ban Josip Jelačić helped to defeat the Hungarian forces in 1849.

As a consequence, however, they got into a period of Germanization just like the other minorities fighting against the Hungarian revolutionary government.

When the Hungarian political elite signed the Compromise with the Habsburg monarch Francis Joseph in 1867, Croatia did not become part of the deal because as a separate kingdom it was one of the lands of the Holy Crown of Hungary. Since the Hungarian political leadership never questioned its autonomy, they signed another compromise, the Croatian-Hungarian Settlement of 1868. Most of the Croatians never accepted this deal even the Zagreb parliament passed it only after the number of voters was significantly reduced, changing the balance of forces in favour of the Budapest government.

Uniting the Serbs and the Croats in one country

remained a desire of the Croatian people

in the following decades sometimes unrests could be tackled only with brute force. Therefore, in the final weeks of WWI, it was not a question anymore that Croatia will not remain part of the independent Hungarian state, but it will form a new alliance with Serbia and other South Slav people.

However, they quickly discovered that Belgrade’s intentions are far from treating them as equals. Yugoslavia was broken up twice in the last century and the second one in the 1990s was the bloodier, resulting in a brutal civil war lasting for years. For Hungary, it was not a question that in this bloody conflict they would side with Croatia recognising its independence among the first countries. Furthermore,

with 3 million rounds of ammunition to Croatia which helped Croatian defence forces a lot against the Yugoslav army in the first months of the conflict.

Hungary helped Croatia becoming a member of the European Union, and Croatian-Hungarian ties are being strengthened even today. Today there are some economic conflicts between the two states because Croatian officials seek to arrest Zsolt Hernádi, head of Hungarian petrol company MOL on suspicion that he bribed former Croatian Prime Minister Ivo Sanader to give MOL management rights in INA, the Croatian petrol company.

However, Hungarian PM Viktor Orbán said in a press conference held together with his Croatian counterpart that he did not know of any economic issue that would be more important than the

800 years of friendship shared by Hungary and Croatia.

When the Hungarian football team played against the Croatian in Budapest for participation in the 2022 world championship, Hungarian supporters formed the Holy Crown in the stadium showing that Croatians are never enemies only adversaries whose country has always been a member of the Hungarian Holy Crown. 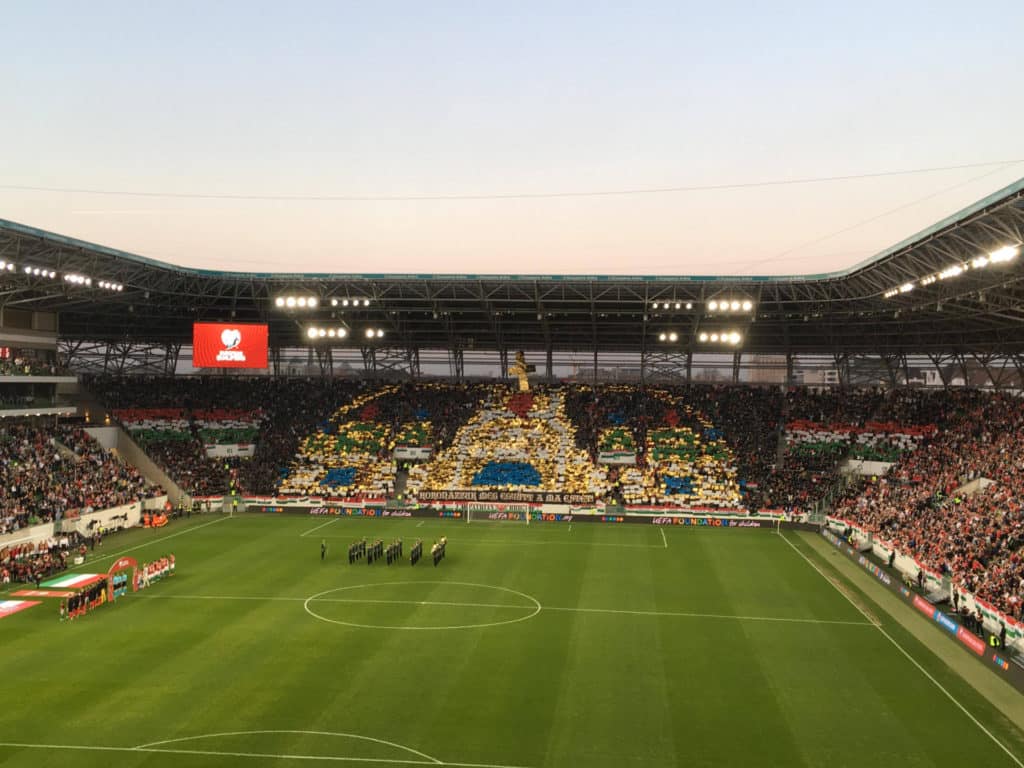