Budapest, December 1 (MTI) – The HIV-AIDS situation in Hungary has been characterised by “negative tendencies” in the past 4-5 years, the head of the Civil AIDS Forum told a press conference on December 1, World AIDS Day. 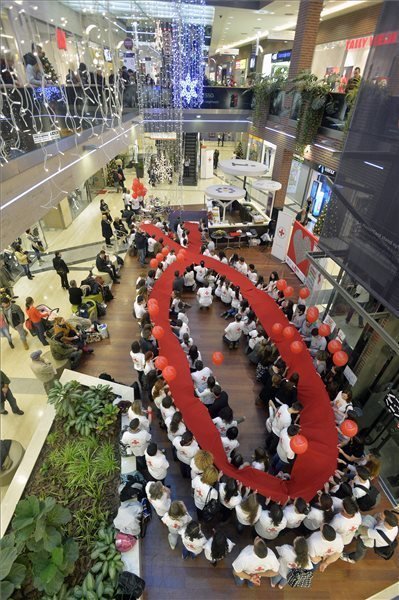 Laszlo Mocsonaki insisted that “in fact there is no AIDS prevention” in the country. He pointed to official health figures and said that more people died in Hungary in the first half of the year than in the same period in 2013.

Though in December 2013 a National AIDS Taskforce was set up, “no substantive work has been done”, Mocsonaki said. He added that at the body’s first meeting a workplan was drafted, but the draft was not offered for broader consultations, nor has it been ever approved.

People in health care are not sufficiently knowledgeable about HIV-infection and it often happens that AIDS-patients turn up in hospitals in late stages of the full-blown disease, Mocsonaki insisted. He called for a comprehensive anti-HIV/AIDS strategy based on experts and civil activists.

Mocsonaki said that though the government had distributed 15 million forints aimed at prevention last year, the sum was too small for any efficient effort.

Agnes Foldi, an activist of the group, said that the AIDS Forum had been granted a sum of 20.7 million forints (67,500 euros) from the Norway Fund for prevention programmes in five Hungarian cities, targeting drug users, prostitutes and the gay community.

According to the National Epidemiology Centre, 11 people died of AIDS in the first nine months of 2014 in Hungary, four more than last year. According to the centre, 36 people are currently treated with AIDS-related problems, while there are 209 people registered with HIV infection in 2014 so far.

By comparison, the centre cited figures from the World Health Organisation, and said that last year 29,000 new HIV cases were registered across the European Union, and about 1,000 people had died of AIDS.