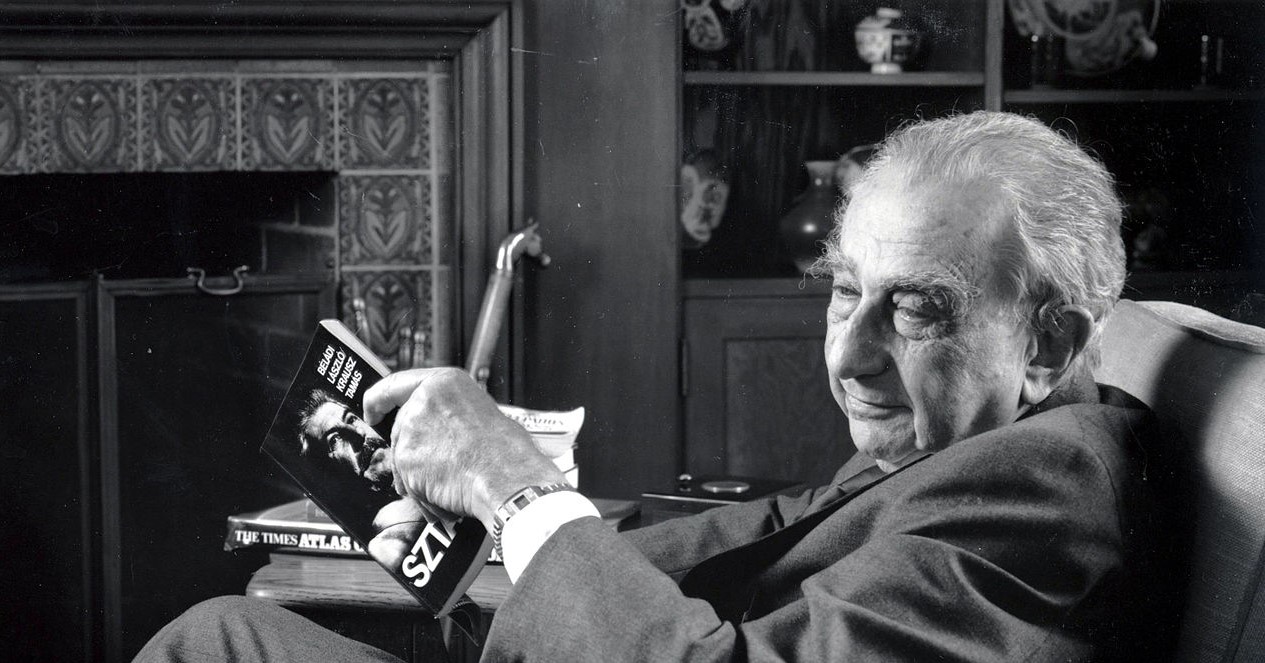 The world-famous Hungarian scientist, Ede Teller, known as Edward Teller in the US, was the inventor of the hydrogen bomb. He was born in 1908, on January 15, exactly 113 years ago. He became a legend during his lifetime and was considered the most influential scientist of the 20th century. Gorbachev would not want to shake hands with him, but many American presidents believed his word. In Hungary, we remember him mostly as a world-famous Hungarian scientist who reinforced the everything-was-invented-by-Hungarians image.

“They are already here among us, they call themselves Hungarians” – according to an anecdote, another world-famous Hungarian physicist, Leó Szilárd, gave this as an answer when they asked him why there is no evidence of life outside of Earth.

Born in Budapest to a Jewish family, Ede Teller was a member of this “extraterrestrial” group, which gained him a reputation in the United States for being very smart, but speaking an unintelligible, strange, incomprehensible language and coming from a faraway little country.

He owes his success to his mother tongue

According to Híradó, Teller later said that he owes his academic successes to the fact that his mother tongue was Hungarian. He thought that without it, he would have only become a high school teacher. Some people, as well as Ede Teller, thought that the Hungarian language often proved helpful in the development of logical thinking.

At a very young age, shortly before he was 18, he went to Germany in 1926, where he studied at several famous universities. After the Nazis came to power in 1934, he moved to England and then to the United States, where he lived until his death. He regularly returned to Hungary in the ‘30s, and in 1933, he married Augusta Schütz-Harkányi.

In 1937 he developed one of his most famous theories along with Herman Arthur Jahn.

It is known as the Jahn–Teller effect, which is an important mechanism of spontaneous symmetry breaking in molecular and solid-state systems which has far-reaching consequences in different fields.

In 1939, together with Leó Szilárd and other Hungarian scientists, he participated in the writing of the “Einstein-Szilárd letter”. In it, the scientists warned Franklin D. Roosevelt that experiments are being carried out by the Nazis that could lead to the creation of a destructive weapon capable of destroying an entire port. The letter was signed by Albert Einstein, but according to recollections, it was mainly written by Leó Szilárd and other Hungarian scientists. This letter ultimately led to the launch of the Manhattan Project, which resulted in the first atomic bomb. Many Hungarian scientists worked under the leadership of Robert Oppenheimer, including Ede Teller and Leó Szilárd.

“I did not want to turn away, but based on my calculations, I thought the explosion could be much bigger than expected. So, I put some sunscreen on,” Teller recalled about the day of the first experimental nuclear explosion.

In July 1945, when the first atomic bomb called the Gadget was detonated in the Jornada del Muerto desert in New Mexico, the explosion caused a 12-kilometre mushroom cloud and vaporised the steel tower holding the bomb.

Although scientists were warned to turn away and lie on their stomachs before the explosion, they did not want to miss the result of years of their work. Ede, after putting it on himself, gave the sunscreen to the other scientists, who, with a straight face, also put it on in the darkness way before daybreak, 30 kilometres away from the bomb.

He was considered the most influential scientist

But Ede Teller also achieved outstanding results in the civilian use of nuclear energy. For example, the development of the basic safety aspects of U.S. nuclear power plants can be connected to him. He recognised the dangers of uranium-graphite-water type reactors.

The Chernobyl nuclear power plant, which exploded in 1986, also operated on this principle, and it was later found out that the catastrophe, among other things, was caused by the void coefficient, which Teller considered very dangerous before.

“He was one of the most influential scientists of the nuclear age, but moreover, Ede Teller had unprecedented political influence. Presidents came and went, along with their staff. Scientifically trained statesmen rose and became disgraced, but Ede remained on the scene for decades. He built bombs, expressed his views before Congress, and provided advice to generals and presidents alike. His influence has left its mark on an entire era…” – a paraphrase of William Broad’s comment on him in Teller’s War.

He only went back to Hungary after five decades

Ede Teller’s first visit to Hungary since 1936 was during the change of the regime, in 1990. In his last years, he regularly visited Hungary, gave lectures and interviews, and often visited the Paks Nuclear Power Plant. While his opinion was controversial abroad, back home, he was remembered as a famous Hungarian scientist.

He strengthened the image that Hungary has enriched the world with outstanding people in the field of science as well, in addition to sports.

During his life, he received many prestigious national and international awards, including the Albert Einstein Prize (1958), the American National Science Medal (1982), the Order of the Republic of Hungary Embellished with Rubies (1990), and the Hungarian Corvin Chain (2001). Not only was he elected an honorary member of the Hungarian Academy of Sciences (1990), but he also became an honorary doctorate of the Budapest University of Technology and Economics and an honorary professor of Eötvös Loránd University (1991).

Shortly before his death, he was able to receive the highest American civilian award, the Presidential Medal of Freedom, from U.S. President George W. Bush.

After a long life spent contributing to the world of science, he died at the age of 95 on September 9, 2003, in Stanford, California. In addition to a street in Csepel and a primary school in Nagybánhegyes, an asteroid discovered in 1989, the “5006 Teller”, also bears his name.

Read alsoOne of the greatest Hungarian scientists, Loránd Eötvös was born 172 years ago