WOW! A new and astonishing lookout opened in the downtown of Budapest! 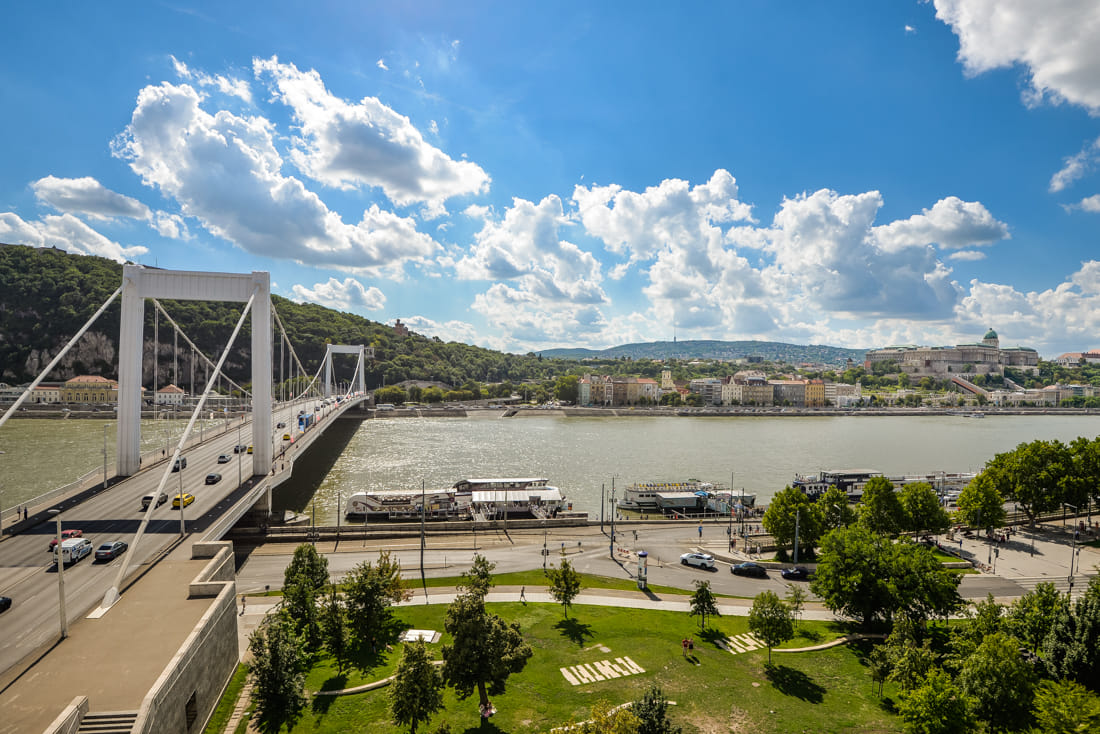 The view from the church spire. Photo: facebook.com/egombp

New lookouts in the spires of the Main Parish Church of the Assumption opened in the centre of Budapest. The lookouts provide an excellent view on the downtown of Budapest including the Buda Castle, the Gellért Hill and the old town of Buda.

Mihály Aranyossy, a tour operator, and Dr Zoltán Osztie, the preacher of the parish, welcomed the press on June 26 to present the new lookouts – pestbuda.hu reported. Furthermore, Péter Tóth and István Vantal, CEOs of the companies implementing the project shared some exciting information about the church and the lookouts.

Mr Osztie told that he was very proud on the new attraction and added that the tourists visiting it would not bother the temple to accomplish its sacral tasks since they managed to divide the spaces for the tours and the masses. Mr Osztie highlighted that they wanted to show the public

the cultural and historical values of the church dating back to Roman times.

István Vantal said that in 2018 when they started to work, the spires were untended. Therefore, they had to clean the historic walls of the temple, they had to knock down the dilapidated wooden structure leading up to the top of the towers, and they had to make the lookouts safer. Since more and more tasks popped up during the construction works

they continuously had to modify the preliminary plans –

They not only had to preserve the church’s unique cultural and architectural values, but they also had to meet modern safety requirements and the possible needs of the tourists. However, it was worth it since the result is astonishing – pestbuda.hu concludes. They said that each spire has three lookouts.

From the Southern tower, we can see the Elizabeth bridge, the Gellért Hill with the Citadel and the Rudas spa. We can walk from the lookout to the Northern tower which is named after world-known Hungarian composer Ferenc Liszt who conducted and even played the organ there many times.

From there we can see the Buda Castle and the Várkert Bazár.

Opening hours: Monday-Saturday: 10 am – 5 pm except for 11:55 – 12:10 and 14:55 – 15:10 because during those intervals the bells ring. Furthermore, there are professional tour guides who can tell a lot of interesting details about the church.