The Journal of the Royal Institute of British Architects refers to Debrecen’s new spa, Aquaticum as “a mega-fun palace of wild experiences”.

Debrecen is the second biggest city in Hungary with its 200 000 residents. It is a cultural and scientific centre with a university, airport, located in the Great Hungarian Plain. Even though in 1930, the city was given a stadium, zoo, artificial lake, thermal baths and waterpark, by 2010 it all became abandoned and were in terrible conditions.

The area has been coming back to life as the mayor’s office organised ten international architectural competitions to transform the whole site of the municipality. The competition for the waterpark was launched in 2015. BOARD Architectural Studio won four of the competitions. The transformation started with the stadium between 2012 and 2014; then there was the enlargement of the artificial lake, the renewal of the open-air theatre and the establishment of the area’s first international school.

The journal interviewed the creators of Aquaticum, Péter Bordás, the director of BORD Architectural Studio and László Papp, the mayor of Debrecen. Papp is aiming to continue to reshape Debrecen as a gateway to Transylvania and beyond in order to boost tourism as well as business in the area.

“When I was younger, I couldn’t tolerate it if a building didn’t have dynamism. I liked mobility and visible structures. The waterpark didn’t need to reflect existing buildings around it because they are not valuable enough” – Bordás told RIBA.

“The plan was to create a popular spa suitable for all ages, but because the park is protected by the Natura2000 EU natural reserve programme the scheme could not extend beyond the 1930s plot. BORD’s concept was to distil the experience of everything you see and feel in the forest – the colour of water, the sky, greenery, trees up close – onto the site and ‘compress [it] into a pack’; ‘an oasis locked up in a box’.

The 12m tall blue painted glass walls have water rippling over them to create moving reflections. The tall green walls opposite every blue one recreate the experience of being in a mountainous valley enveloped by luscious shrubbery and falling water. The triangular openings are the negative space you would create by using your hands to part open a waterfall, like passing through a curtain.  Grey tiles in the swimming pools reflect the blue of the walls and sky. The looping rooftop sundeck is at tree crown level, giving visitors forest and city views. This vertical element is particularly thrilling in the context of being in the middle of a huge, waterless natural plain.” – they describe the waterpark.

According to RIBA, the waterpark is neatly packed with different architectural experiences which makes it unique and at the same time, it uses surplus heat and gas from the natural thermal water to power it, so in the summer 70 % while in the winter 50 % of renewable energy. During the design process, they also considered not to cut down any trees to change the site. Visitors can enjoy the water surrounded by trees and nature.

Visitors from Transylvania, Poland, Ukraine and the Western part of Hungary in the summer of 2020 already showed the project’s success. 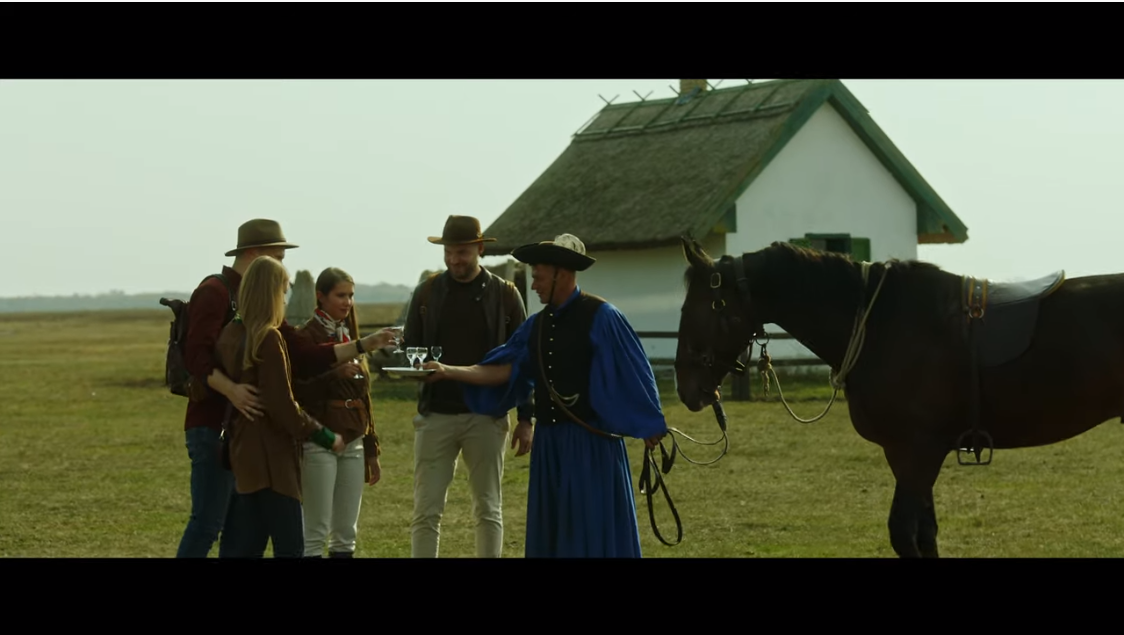