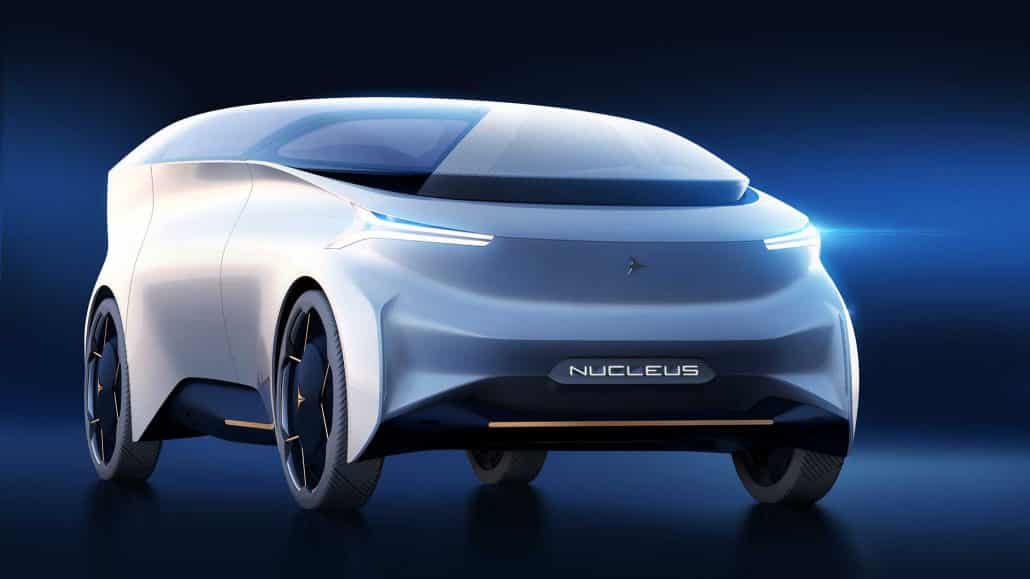 Icona’s vision for the future of mobility was made by Attila Bocsi, a Hungarian designer, and it was first showed in the Italian National Auto Museum of Turin.

The forum called “Mobility and design” was very popular both among locals and journalists because Attila Bocsi’s name is well-known in not only the Hungarian but also in the international car designing industry, Origo reported.

He started his career 25 years ago at the Art Centre College of Design of Los Angeles. Later, he worked in Germany, Switzerland, and France and designed vehicles like the Peugeot 107, the Peugeot Expert, and the  Peugeot 508 RXH. Furthermore,

he designed the car with which Sébastien Loeb won 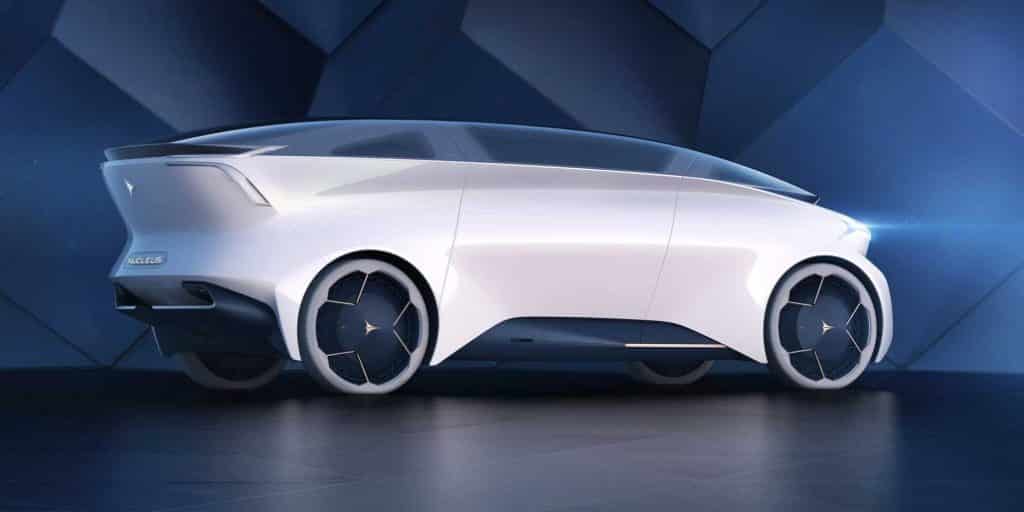 The exterior is beautiful and clear-cut. Photo: http://www.icona-designgroup.com/en/icona-nucleus-2-2/

He also made the Peugeot Vision GT for the Granturismo company, and the appearance of the Airbus H160 helicopter is his work as well. Currently, he is working as the leader of his design team for Icona in Turin, Italy.

His latest car, Nucleus, would like to show the future of driving: an electric luxury vehicle driven by a built-in computer.

of which 700 km can be fulfilled with the batteries and 500 km with a hydrogen engine.

According to icona-designgroup.com, Nucleus represents the synthesis of futurism and a human-centred mindset. It introduces us to after-tomorrow, they say. Inside the vehicle, the absence of a driver does not only mean the absence of a steering wheel and a dashboard but the opportunity for a new understanding of mobile living
spaces, where

the focus is no longer on the road but on the destination. 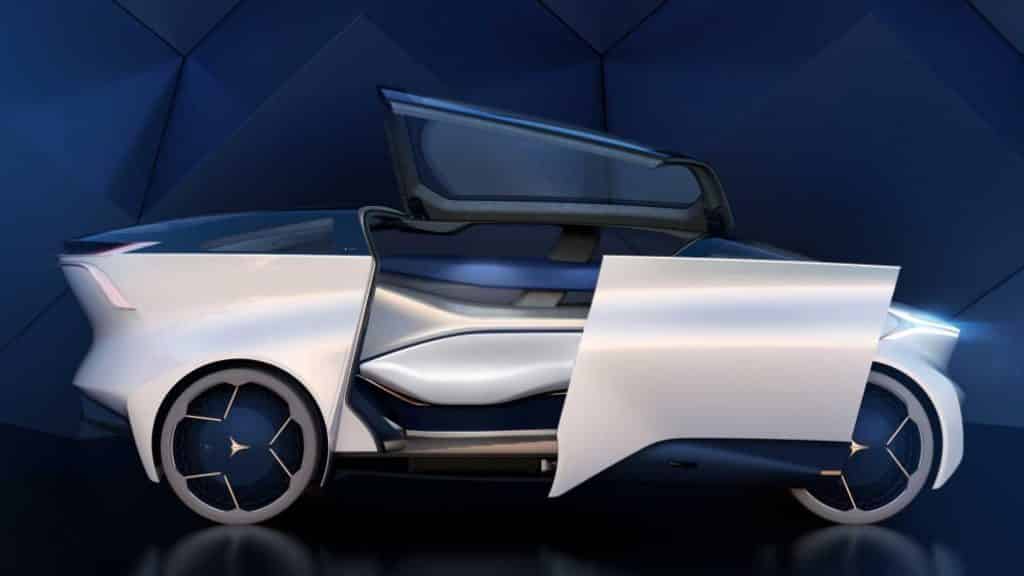 Mobility in after-tomorrow will be very different from today, with a large number of shared, self-driving, electric vehicles, which will serve as individual or small group shuttles between mass mobility infrastructure and large hub destinations. One car will replace several cars, and by nature will be an excellent place to be: its use and versatility will be directly reflected in the multiple possibilities of its interior design.

Being fully autonomous, there is no side glass in the traditional sense, rather semi-transparent bodycolour panels that allow the occupants to see out from the vehicle but remain shrouded for privacy while travelling. 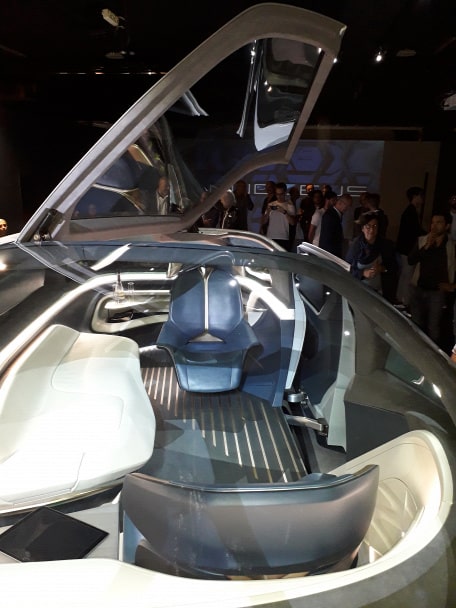 the Nucleus protects and embraces its passengers, at the same time offering a stunning view of the outside, thanks to an extremely wide glass surface which constitutes the majority of the upper body. 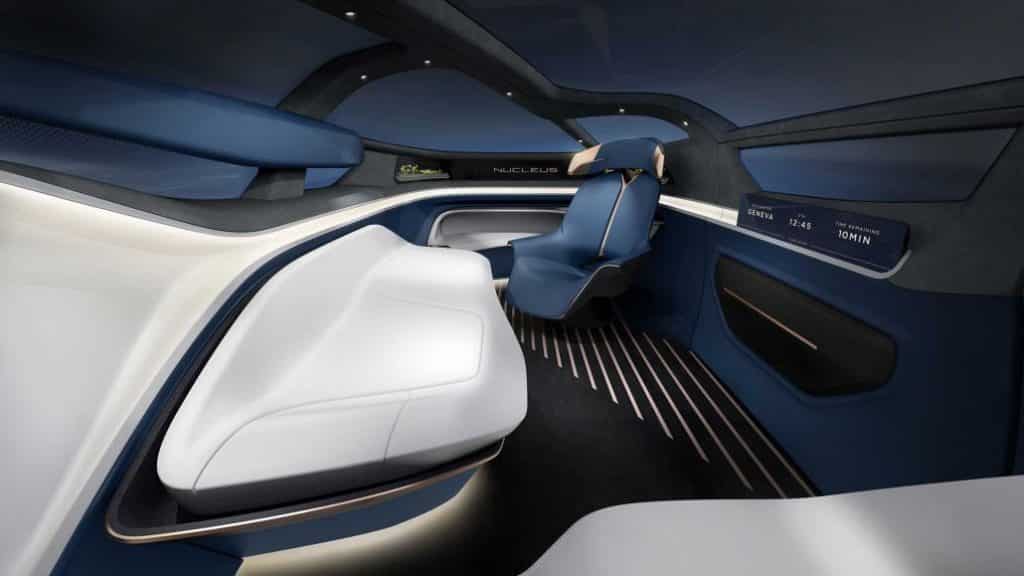 The Nucleus can easily accommodate six people. Seats can be adjusted to different uses, rotating to face the desk or the rear passengers in the front, strongly reclining to the rear, and even transforming into a couch on centre.

Want more? HERE you can read about Hollywood stars who wear clothes designed by a Hungarian, and there are many photos, too. Meanwhile, HERE you can find an article about the newest Volkswagen ID designed by Hungarian designers.