Not so long ago, our portal reported that many people wanted to acquire a Hungarian immunity certificate without receiving any vaccine or getting infected with the coronavirus.

In that article, it surfaced that in many cases, nurses or doctors were involved in the fraud and made a lot of money illegally by creating fake immunity certificates.

If you are interested, you can read more about it in THIS article, as well as HERE.

However, a stressed-out and tired staff leads to mistakes. This is exactly what happened a few months back in one of the hospitals in Budapest.

Multiple doses at once

According to Blikk, approximately 12 people could have received a dose several times larger than the recommended vaccine dose during the previous vaccination period.

24 reported that the incident happened at the Gottsegen National Cardiovascular Centre in Budapest where a staff member forgot to dilute the ampoules of the vaccine they used.

It is important to note that every ampoule contains doses of vaccines for several people and that healthcare workers need to add a special liquid to it to dilute the substance.

However, in approximately 12 cases, this step was accidentally omitted, and a dozen people received six doses of the vaccine.

The National Healthcare Service Centre sent an answer to the inquiry of 24 about the case in which they stated that the necessary measures have been taken and they are continuing to monitor the health of the 12 people who have been affected.

Fortunately, there is no suspicion of any health damage, only the normal reaction to the vaccine.

The news portal also reported that this was not the first case to have happened. Last May, a GP accidentally gave an entire ampoule of vaccine to a man in Szombathely, but he has had no health complications since.

However, similar cases have happened all over the world, such as in Germany, Italy, Australia, and the US. During their testing, Pfizer studied the consequences of receiving a high dose of the Covid vaccine but have found no signs of health damage. 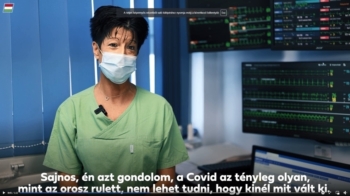 Read alsoHungarian Covid ward: it is a stressful job, vaccinate yourself! – VIDEO