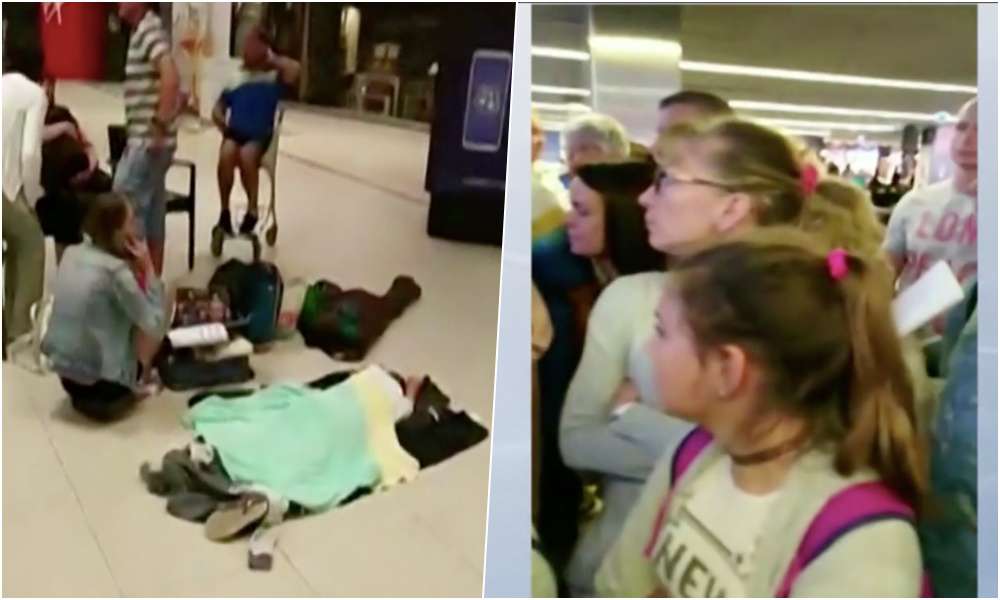 The children and elderly among those waiting to go to Corfu were sleeping on the floor, while the adults waited nervously for something to happen – for a day and a half.

130 passengers waited for 33 hours at the Hungarian airport, because the plane, of an airline from Prague, going to Corfu was late by a day and a half, according to szeretlekmagyarorszag.hu.

The unfortunate passengers waited at Ferenc Liszt Airport, feeling angry and disappointed, and without anything to eat or drink. The children slept on blankets which were placed on the floor.

According to the passengers, the departure time of the plane changed at least four times. Initially, it was supposed to leave at 2:30 PM from Budapest, but the time of departure was still uncertain the following evening.

A man filmed as outraged people demanded the workers of the airport to call someone who could fix this unpleasant situation. According to the maker of the video, there were children and elderly people among them, who had to sleep on the floor because they were so tired, while the parents and adults were constantly on edge. They had nothing to eat or drink either.

Because of all this, the passengers filed a complaint against their travel agency as well as against the airline. The travel agency has responded by stating that they did not have to provide accommodation at the airport, while the airline does not consider itself responsible either, according to them, there was a vis major situation at hand.

An attorney made a statement to Tények, in which he said that that was not the case, and both the airline and the travel agency shall compensate their passengers, and the plane ticket prices must be refunded by the company operating the aeroplane.