In the more than 10 year history of the African-Hungarian Union, the new ambulance vehicle is the latest sensation. The African-Hungarian Union, which has already launched 15 healing missions to Africa and has organised a string of charities in Hungary and on the black continent, is now also actively involved in health care programmes in Hungary. With the help and professional support of Aranylélek and Aranyszív Ambulance Kft., AHU will start an ambulance service in Hungary, Tropical Magazine reported.

The first vehicle of the service is a Mercedes Sprinter emergency ambulance vehicle. From the autumn, the company is also launching an 8-month, volunteer ambulance training programme. Those who successfully complete that training can join the activities of the African-Hungarian Union’s Medical Team. According to the plans, they are scheduled to perform screening tests then, under the guidance of the National Ambulance Service, they can also be involved in traditional rescue operations and perform in-event security tasks.

Not just fish, nets too

The African-Hungarian Union was established in 2006 by businessman and philanthropist Sándor Balogh. It is a non-governmental, non-profit organisation, dealing with international aid and development to assist Africa. Its mission is to implement development through the use of the own resources and active participation of the countries concerned. According to its vision, that the only way to provide long-term assistance.

The now 15th medical mission and active participation crew returned this May. The three doctors from Pécs and two from Budapest performed 44 head and neck procedures and ear-nose and throat operations. The single specialist available to a population of 17 million would perform roughly that number of operations in about 4 months. This was the second group that was sent to perform operations; the rest only did general medical work in six of the countries of Africa. However, the first Hungarian hospital on the continent is also under construction, in Uganda, so that there should be healing even when there is no Hungarian team available.

Healing from a rucksack under the open sky

Let us not get ahead of ourselves. Let us start from the beginning. Everything began with the War’s Children emergency aid in Congo. Hungarian doctors with the organisation of the African-Hungarian Union helped for the first time in a refugee camp on the country’s eastern side, under the initiative of the union’s founder and Chairman, Sándor Balogh. They returned there twice. That was followed by the other medical missions to the Democratic Republic of Congo, Mali, Madagascar, Guinea, Malawi and Uganda. The Hungarian mission doctors saw more than 30 thousand people altogether.

Sacrificing their holidays for the sake of the mission – the doctors were in Africa for a month at a time, healing in jungles and at surgeries set up in schools, in the open air and in prisons, they travelled the country as a kind of opening tour, to be able to see as many people as possible. It was the first time most of their patients had seen a doctor or had any kind of treatment. Previously they had only seen witch doctors. The Hungarians healed and cured everything from malaria, through infected wounds and an arm that had been broken for six months, to a hole in the heart and who knows what else. Today, many people want to take part in these missions and over-application is common, even though volunteers pay most of their own travel expenses, including an air fare that may cost HUF 250-300 thousand and the obligatory vaccinations, so that they can treat as many people as they can from a rucksack, without the proper equipment, at the end of the world. Yet doctors who have already been out there apply again year after year.

A Hungarian hospital is being built at the Equator

According to Tropical Magazine, obviously the easiest and best solution would be to have them there all the time to continue the already begun process, because if they turn their backs not everything keeps functioning the way it should. That is why the Hungarian hospital and medical centre is being built at Cape Kappa, Uganda, where the Hungarian doctors already have a lot of experience and where one million inhabitants have to make do with 10 doctors.

Charity, however, costs money. No small amount either. Two missions have already been cancelled in order to turn over their expenses for the centre, and more investors and supporters are still being sought. 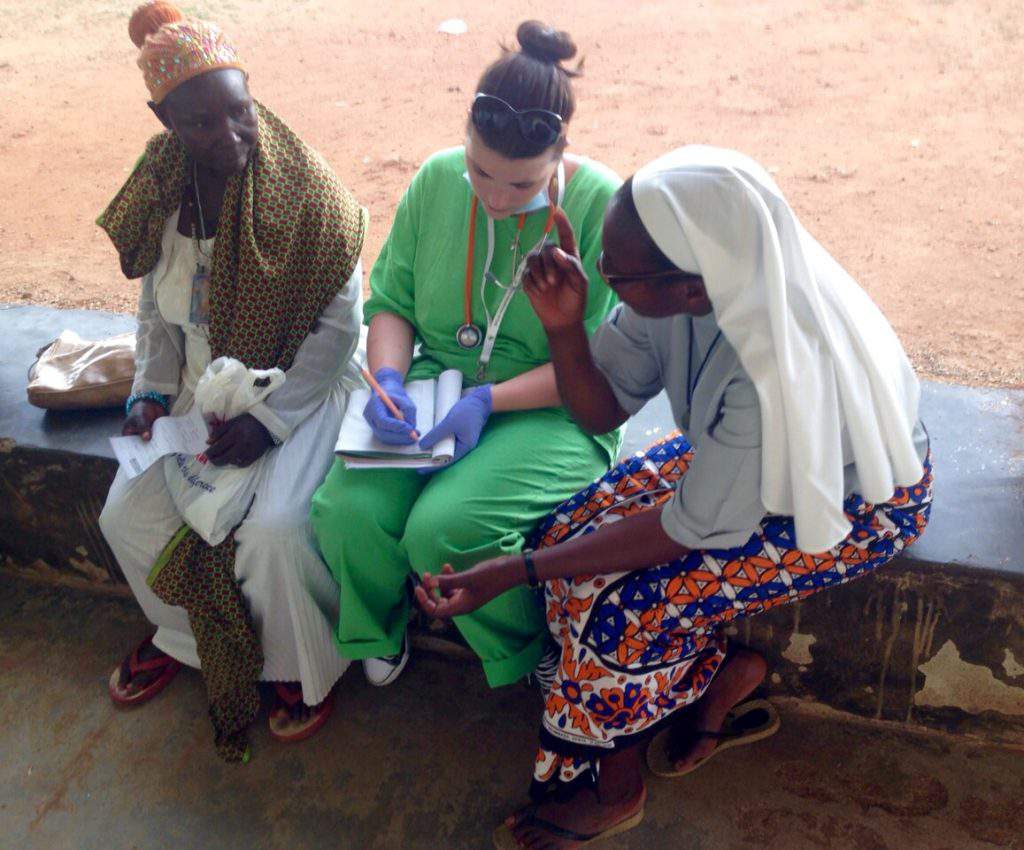 The African-Hungarian Union also collects material donations: the staff of the HTCCs (Hungarian Trade and Culture Centres), take those regularly to the locations. They organise collections at schools and people may also visit the African-Hungarian Unions headquarters to drop off donations. Toys, clothes and durable foods are most popular with the new addition of used spectacles. On the initiative of general practitioner Dr Anna Jakkel, they have collected thousands of pairs of glasses in Hungary, which are then cleaned, measured and boxed up, with some taken by her to Uganda during the African-Hungarian Union 16th medical mission and the rest taken by the Pamela Young Foundation on the western side of the continent in Mali. Pam, who has been volunteering for decades in Africa, persuaded French doctors to perform 250 cataract operations. The already operated on patients’ vision will be further improved by the glasses collected in Hungary. There will be enough glasses to go to other African countries, like Malawi, too. 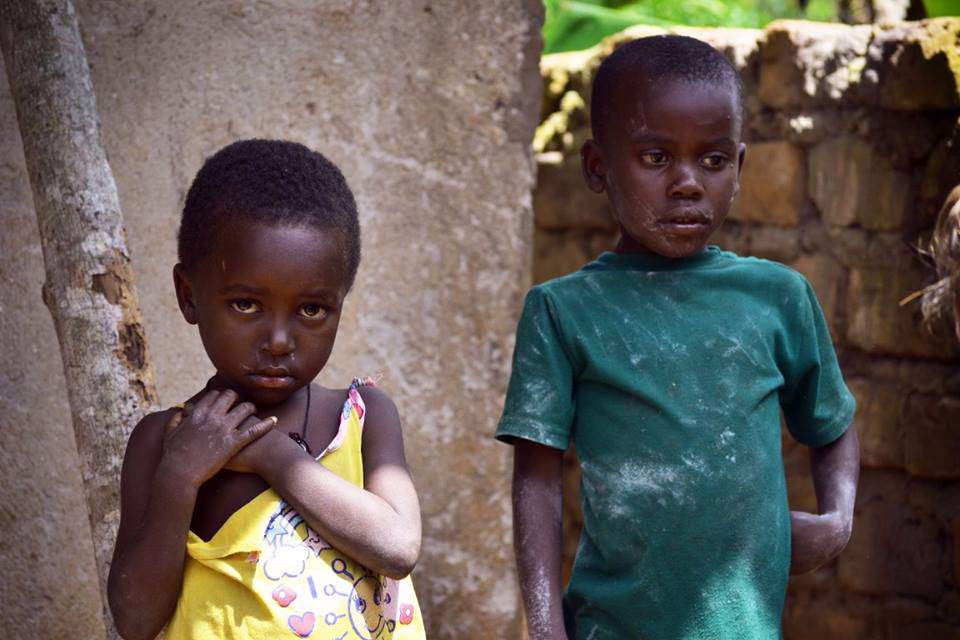 The African-Hungarian Union is seeks volunteers who, after training, wish to take part in childcare programmes, assisting the participating children. They could spend a few days in orphanages, give out the aid packages and get a feel for what charity is really about in places where people’s lives depend on it. They could teach children English or even just wash their clothes, or perhaps even influence them into thinking or living in a different way. They could work on the Hungarian model farm in Uganda. The opportunities are limited only by imagination. In exchange, they gain experiences that you cannot get anywhere else.

The AHU’s recently launched sensitivity programme brings Africa closer to Hungarian children, providing them real-world knowledge of the continent and a feel of the lives of the children there. The AHU volunteers work from kindergartens to upper secondary schools, in children’s homes and the children’s wards of hospitals and do so in a playful manner. Africa-themed experiential learning sessions are held to bring a little touch of colour into their everyday school lives. They take them the mood, culture, society, the love of humanitarian aid and the volunteer work of an exciting, remote continent full of opportunities. They hope that they will be able to tune into the face of many children the well-known, sincere, broad African smile.

Here we return to the Union founded in 2006 that by now includes 60 African and Hungarian members. The goal of the African-Hungarian Union is to promote international aid, development and support for socially disadvantaged groups and to build awareness of, and change the common stereotypes about, Africa. As the motto of the African-Hungarian Union says: ‘Together We Can Do Great Things’