Audi will also be manufacturing electric vehicles in Hungary 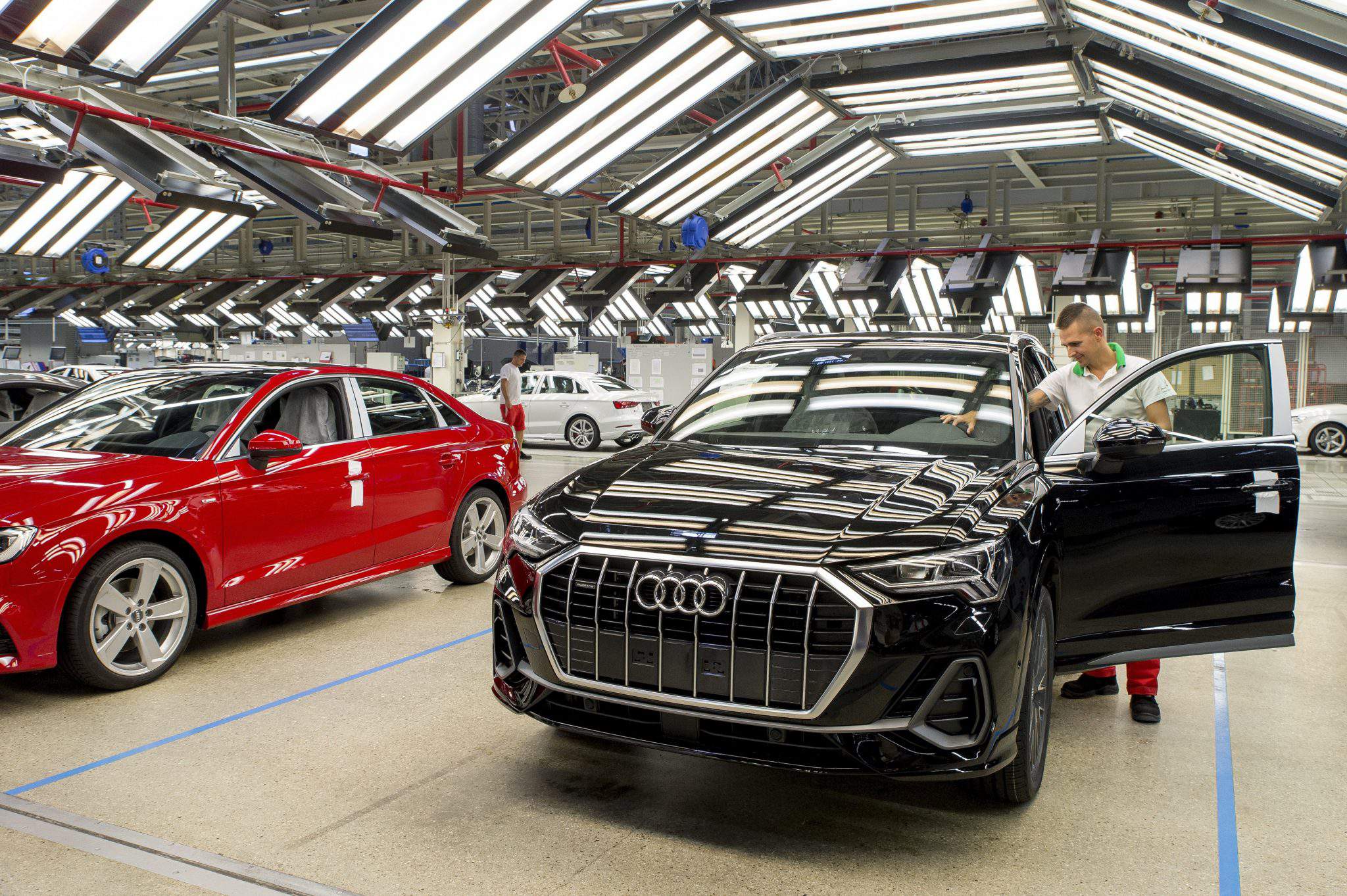 “Hungary has become a European automotive industry superpower”, Minister of Foreign Affairs and Trade Péter Szijjártó said at an event on Thursday to mark the 25th anniversary of the founding of Audi Hungaria Zrt, where temporary Chairman of the Board of Management of Audi AG Abraham Schot announced that the company will begin manufacturing of electrically driven vehicles at its plant in Győr.

The Minister highlighted the fact that the production value of the automotive industry reached 8 trillion forints (EUR 24.7bn) last year, breaking all previous records, and increased by a further 6 percent year-on-year during the first six months of 2018, and if growth continues at this rate the automotive industry will set yet another record within the national economy by the end of this year.

Mr. Szijjártó also spoke about the fact that in recent years Hungary can boast economic, political and human achievements, thanks to which it has become a competitive and attractive investment destination.

“Political stability has become our trademark”,

he said, adding that Hungary currently offers Europe’s most flexible job market regulations and the lowest taxes, in addition to which dual training has also been introduced based on the German model.

“Today, Hungary is strong and proud, and is the most important country in the Central European cooperation that represents the engine of European growth”, in which a role is also played by those companies “that have placed their trust in the Hungarian people”.

Audi is one such company because without it the country could not have the traveled the path that it has traveled during the past 25 years, the Minister said.

Temporary Chairman of the Board of Management of Audi AG Abraham Schot stressed that Audi’s mission is electromobility and that by 2025 an electric version of all of Audi’s models will also be available, the motors of which will be manufactured in Győr. He did not indicate a date for the beginning of the production of electric vehicles in Győr.

“The future belongs to self-driven cars and sustainable drive systems”, the Chairman declared.

Mr. Schot also spoke about the fact that Hungary offers one of the most attractive environments for Audi in Central Europe. The region’s largest tool plant also operates here, making the company’s Hungarian subsidiary a strong member of the “Audi family”, he declared. 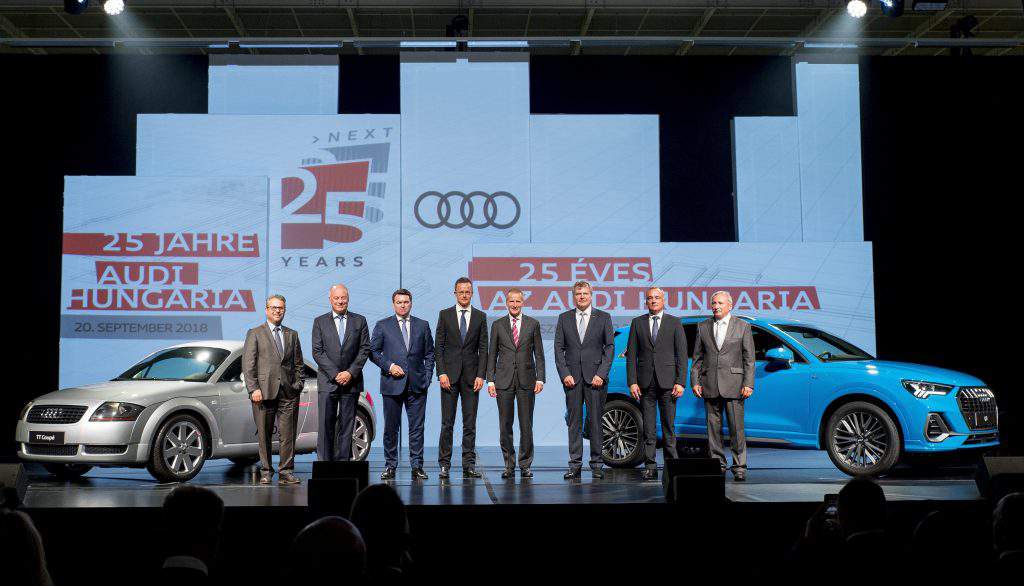 At the event, which was held in the plant’s assembly hall, Chairman of the Board of Audi Hungaria Zrt. Achim Heinfling spoke about the fact that the plant in Győr is “a solid and intrinsic part of the Hungarian economy and a stable and dependable part of the Volkswagen Group”.

He stressed that while in 1993 the plant produces two thousand engines-a-day on an area of sixty thousand square metres and employed seven hundred people,

today the facility manufactures over nine thousand engines on an area of 5.2 million square metres and employs over 12 thousand people, and together with its suppliers provides jobs for over thirty thousand people.

During the past 25 years the plant has produced over 34 million engines and 1.2 million cars, and the company has invested over 8.9 billion euros. He also said that the plant’s competitiveness will be assured by the serial production of the Audi Q3, in addition to which production of e-motors also began in Győr two months ago.

Mayor of Győr Zsolt Borkai said Audi not only provides a living for thousands of families in Győr, but is also a frontrunner with respect to social responsibility.

The company is Győr’s strategic partner and the driving force of the industry and the region’s economy, he stated.

Audi AG employs over sixty thousand people, and the Audi Group provides employment to over 90 thousand. Last year, a total of 1,878,100 Audis were shipped to customers worldwide.

As we wrote before, “Audi will be establishing a new research and development center in Győr with an investment of EUR 19.7 million, one-fifth of which is being funded by the Hungarian Government”, read more HERE.