It is well-known that the traditional Hungarian Easter breakfast or lunch cannot be missing the ham and the Easter eggs or the popular breaded chicken breast, but what if one would like to spice up the traditional meals and cook something new, something extraordinary for Easter?

The following recipes contain the traditional Easter ingredients, though, with a slight twist that is although quite ordinary, it makes the particular meal stand out. Your guests will surely lash unto these first. 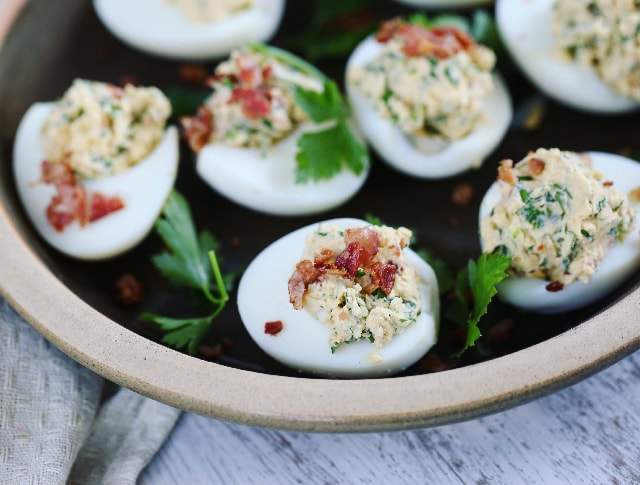 Hard-boil the eggs in salty water and peel them in cold water. Let them cool down. Warm up a pan and cook the cut-up bacon for 3-4 minutes, until it is crispy.

Cut the eggs in half at their length, take out the yolks and put them in a mixing bowl. Break and soften the yolks with a fork, then add the mustard, the cut-up parsley, chives and spring onions to it. Season it with salt and pepper to taste. Finally, add the grease of the cooked bacon to the yolk and mix it well.

Replace the yolk with this paste with the help of a teaspoon. Sprinkle the eggs with the bacon and serve them with toast or fresh baguettes. 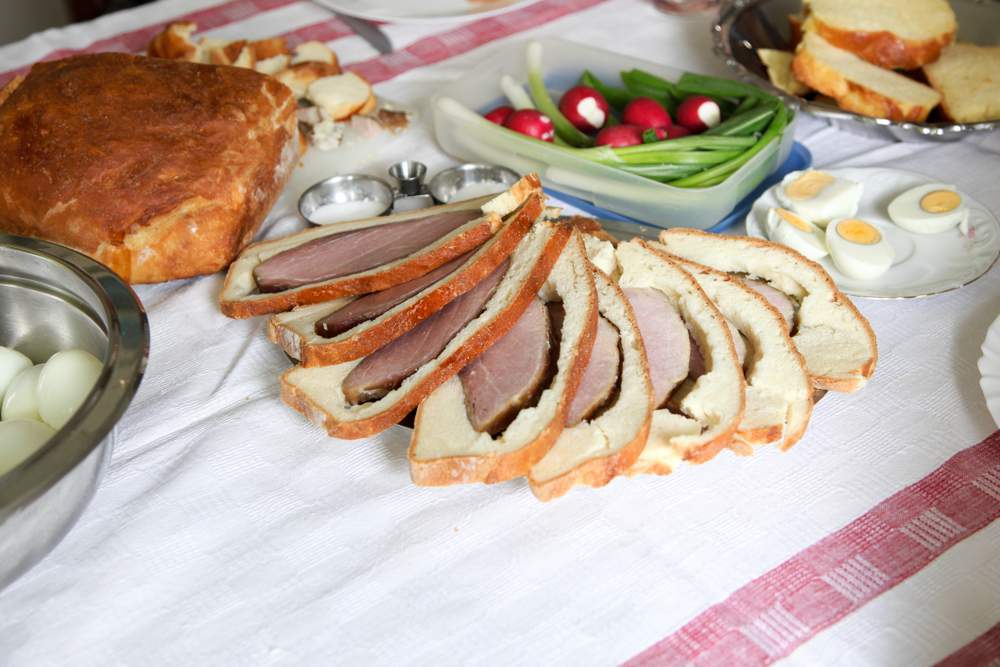 Ground the yeast into one decilitre of lukewarm water and then solve it. Mix the two different flours with the sugar, 1 teaspoon of salt, beer, the egg white. Knead it for 3-4 minutes, until it becomes springy. Leaven it covered for at least an hour.

In the meantime, put the ham into a pot and pour water on it. Boil it, and then cook it covered on low heat for further 30 minutes (or until it starts to soften). Take it out of the pot and let it cool for 10 minutes. Drain it afterwards.

Knead the dough again and then spread it into a 30×40 centimetres big rectangle. Cut off six pieces of 5 millimetres wide strings from the shorter end of the dough and put it aside. Place the ham into the middle of the rectangle and wrap it up.

Lay the covered ham with the joint side of the ‘wrapping’ facing down on a pan (covered with baking parchment). Sprinkle water over the dough and decorate it with the previously saved six strings. Leaven it in a warm place for at least an hour.

Pre-heat the oven to 180 degrees Celsius. Place the pan on the lower side of the oven and bake the bread until it puts on a golden brown colour (takes approximately 60 minutes). Immediately after you take it out of the oven, sprinkle cold water over it so that the coat becomes crispy.

Wash the horse-radish, grate it, mix it with the lemon juice and a pinch of salt. Slice the ham-bread and then serve it with the radish. 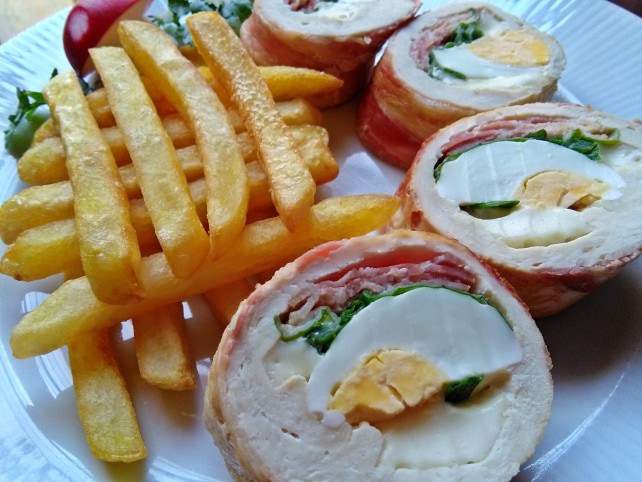 If you have some extra eggs that you did not paint, take some and cut them in half. Wash and pat the chicken breasts dry and open them. After hits, tenderise them and season them with salt and pepper. Cut the cheese and the smoked ham into slices.

Place one slice of ham, two halved eggs, one slice of cheese, 1-2 pieces of chives into a breast and roll it up. After this, wrap the chicken rolls with bacon, and wrap this tightly with thin foil.

Place the wrapped rolls in a pan or on a brander and bake them in the preheated oven under 180 degrees Celsius in 30-40 minutes.