Turizmusonline.hu writes that a trove of more than 640 coins was found at the border of Tótkomlós by the colleagues of the Nagy Gyula Regional Museum in March. Some of the coins are from the Árpád era, some are Friesachi denarius, while others are English pennies.

Amateur student of local lore György Kerekes read about the treasure-trove in a 1926 issue of Szegedi Dolgozatok. He identified the possible location of the treasure with a 1800s cadastral map and contacted the colleagues of the museum who came with eight metal detectors – and the permission of the Körös-Maros National Park – and found the trove consisting of 644 coins.

Archaeologist Gyöngyvér Bíró said that besides the 620 Friesachi denarius, they also found Géza II’s 22 coins, a coin from the time of Stephen III and an English penny, which originates back to the time of John I known from Robin Hood’s legend.

The Friasachi silver denarius that come from Carinthia used to be the common currency of the 12th-13th century, while the penny is a real curiosity as only thirty of those have been found in Hungary so far. György Kerekes also said that he read in the 1926 article, written by Kálmán Eperjesy, that two local peasants found the coins in 1919 while ploughing. Supposedly they found 400-450 coins which they divided among themselves. 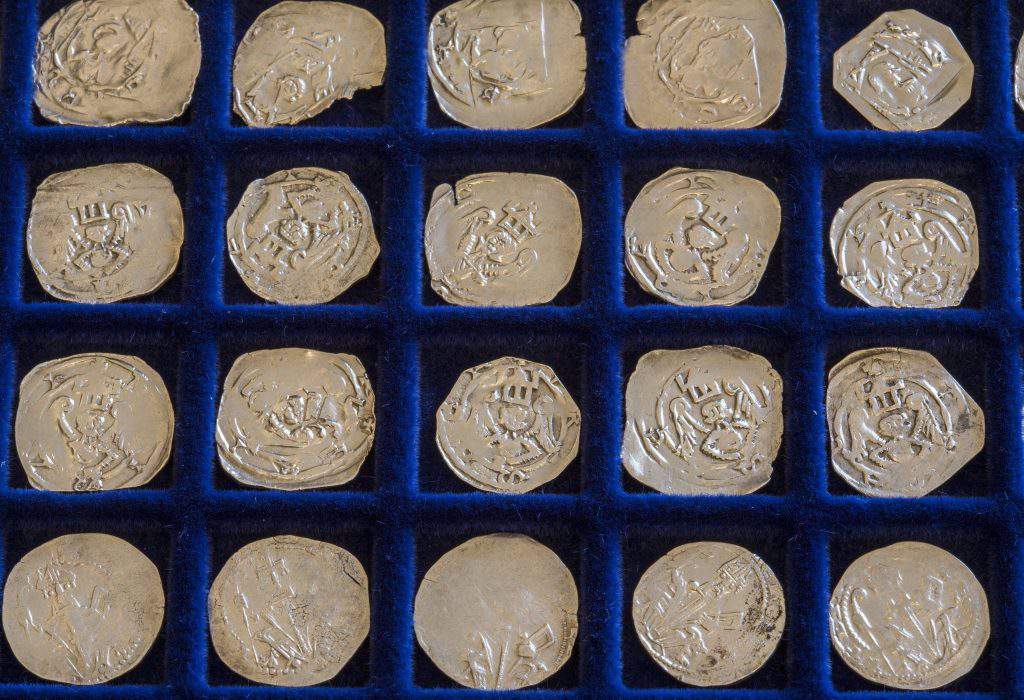 During a house-search, 231 coins were found at one of them, while only 4 were found in the other place. Since they should’ve reported on the trove, criminal action was taken against them. The 235 allocated coins probably form the property of the Museum of Szeged or the National Museum. The fate of the coins which the peasants sold remains a mystery.

According to the description, the plough hit “a pot full of money”, but they probably only reached the upper part of the pot, this is why it came possible that the colleagues of the Museum of Orosháza found the remaining coins 98 years later.

Based on the good condition and high silver content of the coins, it is probable that they had been gathered through time due to their silver material. The treasure was probably hidden in the Kopács plain during the Tatar Invasion in the 1240s.

This is the biggest treasure-trove that has been found in Békés County. The director of the museum, Zoltán Rózsa said that the coins will now be processed and then exhibited in the museum. They also want to pulish scientific articles about them.

The Central-Eastern European Academy of Oncology set up last year offers great…
Christian democratic parties have a good chance of establishing cooperation with…
We and our partners use technologies, such as cookies, and collect browsing data to give you the best online experience and to personalise the content and advertising shown to you. I accept
Privacy & Cookies Policy