According to szeretlekmagyarorszag.hu, the RIGO system could actually be launched in the beginning of 2018, which means that the gates needed for the electronic ticket system have to be installed this year. BKK (Centre for Budapest Transport) will soon start testing the new system and if everything goes well, electronic ticket controlling will be implemented in January.

Seasonal tickets will come in the shape of plastic cards instead of paper. You will need the usual personal documents to get them. They can’t be handed over to others, and can only be garnished similarly to credit cards. If you only need an occasional ticket, you can get anonym cards, but these can only be used for money balance based travel similarly to phone cards. You’ll be able to get the finished ticket at the company’s customer service or choose to get it sent to you. Inspectors will check the cards with portable devices.

The main goal of the name RIGO was to choose such a name that is close to Hungarian hearts, can be understood easily, is unique, doesn’t hurt anyone’s feeling and refers to the positive aspect of the service. The name also has a meaning for foreigners: “ri” is like “re” in English and refers to regularity, repetition, while “go” refers to dynamism and development. 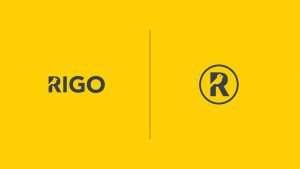 The first devices are expected to be ready in April, so that after licensing and testing, the first gates can be implemented in June. After the whole testing process, the system is planned to be launched in the beginning of next year.

The first tests already started in 2015. 1500 workers entitled to free tickets have already received e-cards, and BKK plans to expand the circle and also give e-seasonal tickets to colleagues and their families, so that further 22 thousand passengers could use them.

The customization of the cards is done by the Mobilfizetési Inc., it is followed by the checking of whether or not the system detects them well, whether or not the charging, validity, money usage work, to then check the whole process at once. 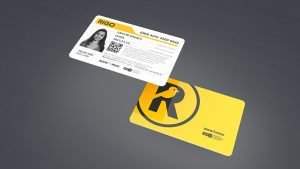 BKK’s former and current management blames each other for the delay of the project. The need for a western style ticket controlling system has been present in the Hungarian society for more than ten years. A contract was now made with the German Scheidt & Bachmann enterprise, who will perform the network of devices and gates.

A worker of BKK said that the system had to be re-planned and this is what caused the delay. They needed to calculate the new, electronic identity cards, the fact that local trains and agglomeration buses are now owned by the state, not to mention that some laws have also been changed.

The new ticket system will come hand in hand with exceptional situations. For instance, validating the seasonal ticket won’t be obligatory on frequented buses and trams that you can enter through all doors, and in the case of metro 3, the gates will only be constructed after the renovation. Nevertheless, the company plans to start the informative campaign concerning e-tickets in the summer.