Book recommendations for when you are social distancing

The coronavirus has forced everyone inside with its pandemic threat, and even though most of us have still got work and studies to do, or both, there is still a lot of time left to kill. There is a lot that you can do, and with the new Quarantine and Chill trend, I am sure you are probably already done with half the movies available on your streaming service.

However, there comes a time when the streaming services just get boring, which is why we have compiled a list of books that can be read while, as the kids call it, you are quarantining and chilling.

Literally, no one is surprised by this suggestion. This is probably the most recommended book of this spring, with its futuristic idea of the world. Set up as a dystopian novel, Brave New World explores themes of religion, race, and life as a whole and is sure to leave you pondering for a while.

The inspiration behind Brave New World and some of the best literature to come out of the 20th century, 1984 is also a dystopian novel. However, unlike Brave New World, 1984 captures the problems with totalitarian governments and living in a society where everything is monitored – an idea that does not seem too far-fetched in today’s world. So, go ahead and give this one a read if you are feeling a little existential.

The Plague (French: La Peste) is a novel by Albert Camus, published in 1947, that tells the story of a plague sweeping the French Algerian city of Oran. It asks a number of questions relating to the nature of destiny and the human condition. The characters in the book, ranging from doctors to vacationers to fugitives, all help to show the effects the plague has on a populace. It is very in tune with the current state of affairs and is sure to provide everyone with a good perspective. 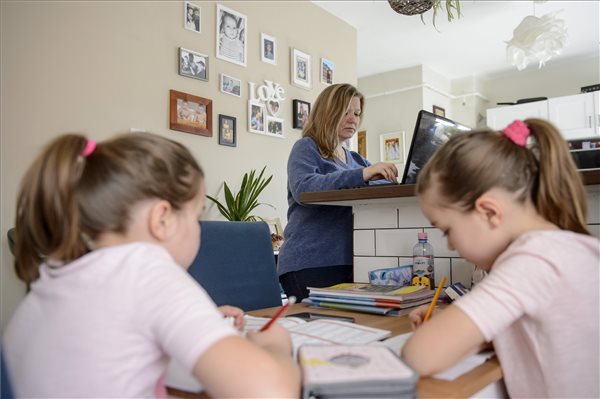 Read alsoHow to develop quarantine routine for you and your family

István Örkény is the master of grotesque, whose “one-minute stories” and absurd plays depict the predicaments of modern man with a keen sense of humour. The aforementioned one-minute stories became the writer’s trademark: “short, succinct, often shocking, grotesque, or absurd pieces, anecdotes, sometimes objects trouvés,” taken from newspapers or official notices and slightly twisted, stories that “encapsulate some of the absurdity of the age in a succinct and hilarious manner,” to quote Miklós Győrffy. You might say that the style is something that can be labelled as hit or miss, but nonetheless, Örkény’s works are worth a chance, as we are talking about one of the most unique Hungarian writers.

5. The tragedy of Man – Imre Madach

For years, Hungarian literary giant János Arany criticised The Tragedy of Man as a mere imitation of Goethe’s Faust; he later changed his mind and agreed that it is one of the most important pieces of Hungarian literature. Madách’s main inspiration was the duality at the turn of the 1850s and 1860s: the end of the general despondency felt due to the failure of the 1848 Revolution and War of Independence, the start of the decade leading to the Compromise of 1867 and prosperity, and the writer’s disappointment in his wife – Eve’s character was inspired by her.

Arguably the greatest and most popular poem in the Hungarian language, John the Valiant is Sandor Petőfi’s spirited folk epic, recounting the adventures of Johnny Grain-o’-corn, a young and ‘valiant’ shepherd boy. The plot is based on the Hungarian fairy tale tradition: the protagonist from an unfavourable start in life eventually gains a good existence as a reward for his virtuous deeds. Thematically, Petőfi handles the Hungarian folk tradition from an urban-intellectual point of view, which gives the text an ironic hint that brings the 21st-century reader close to the world of the poem.

The Paul Street Boys definitely belongs to classic youth literature with its timeless topic, exciting plot, and colourful characters. Every boy in this adventurous story personifies his dreams and is eager to realise them. The gripping events portray Hungarian youngsters whose battles and bonding on the playground carry the idea and aspiration of their homeland’s independence.

It is the roaring ’20s. The 1920s, that is, because there is nothing roaring about the 2020s yet. So, it is the ’20s, the plague is behind us, and New York is the place to be for parties. Considered to be Fitzgerald’s magnum opus, The Great Gatsby explores themes of decadence, idealism, resistance to change, social upheaval, and excess, creating a portrait of the Roaring Twenties that has been described as a cautionary tale regarding the American Dream. It is more of an after book than a during book, but it is something to look forward to like a hopeful sentiment in confusing times.

All these books are cult classics, staying on brand and sensitive to the current situation, and even though staying at home lets the brain wander, these are good distractions to keep yourself occupied. So, do with that what you will, start a virtual book club and have fun with it.