‘Budapest Safari’, the faces of Hungary through an African-born artist’s works

If you are familiar with the streets, bars and locals of Budapest, you might find the bored faces and the typically Hungarian backgrounds on the paintings of Marcus Goldson. The Kenyan-born artist depicts the everydays of the city with irony, humour and full of colours, featuring locations like the public transport or a Chinese restaurant, says port.hu. 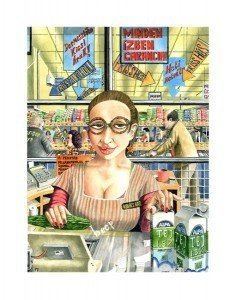 The artist’s works are exhibited in Brody Art Yard, and can be visited until the 14th of February. The exhibition is entitled ‘Budapest Safari’

“In a city like Budapest, you can witness anything in the same street in a second, from happiness to horror. The dogs are actually dogs and the people are actually people and the elderly misbehave on my paintings, but they all express themselves in a scene that is worth painting. I have never followed any artistic styles. A great idea, the nature of an object, or the circumstances always help me in depicting things. Most of my works are portraying real life, with a little decoration. In my opinion, everything that is visually interesting or moves the story forward – laughter, imagination, empathy and understanding – feeds my artworks.” – says Marcus Goldson. 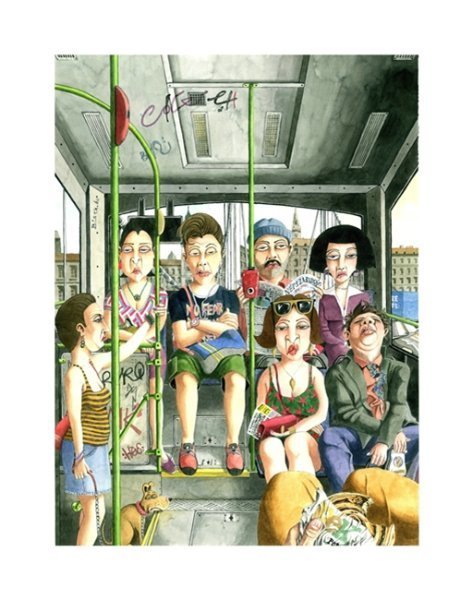 The painter has been living in Budapest for the past 20 years now, after studying art history in London. He moved to Hungary to live with the love of his life, and has two daughters. Goldson devotes his attention to everyday situations and illustrates the simplicities of life.

based on article by port.hu
translated by Laura Kocsis

The Project Management Professional is one of the most recognized certifications for…
Gergely Kálló, the joint candidate of the opposition Jobbik, Democratic Coalition,…
GST or Goods and Services Act has created a lot of reforms since its introduction. It…
We and our partners use technologies, such as cookies, and collect browsing data to give you the best online experience and to personalise the content and advertising shown to you. I accept
Privacy & Cookies Policy