Today, if you want to commute in Budapest, you either can buy a single ticket valid for one ride or passes for a day, a week, two weeks, a month, a semester or a year. Now, the city’s transport company would like to introduce a time-based ticket valid for multiple rides in a given time interval soon.

According to Helló Magyar, BKK Futár (journey planner) provides an excellent opportunity to check when your bus, metro, trolley bus, or tram is scheduled to stop at the station and when you can catch the next one. However, the company could not yet introduce an electronic ticketing system in Budapest.

Such a system has been planned since 2004, but AFC, the German company winning the tender,

could not make a functioning system.

Therefore, according to Népszava, Budapest sued them in September, and an international arbitration will decide on the issue. Meanwhile, the relevant loss reached 9 billion HUF because the AFC could accomplish only four phases out of the seven. As a result, the ticket readers bought by Budapest are still in stores.

Will mandatory vaccination shut down the Hungarian public transport?

Now the BKK would like to introduce a time-based ticket in Budapest. Therefore, they launched a poll on their Facebook page in October.

More than half of the over 4,000 people taking part in the poll chose 60-minute tickets.

Meanwhile, 30 pc would have introduced 90-minute-long tickets. This rate was 20 pc in the case of the 30-minute-long option.

BKK said that they planned to introduce time-based tickets in January or February. They did not share further details with Telex, but it seems that they will do further research before introducing the new product portfolio into the market. 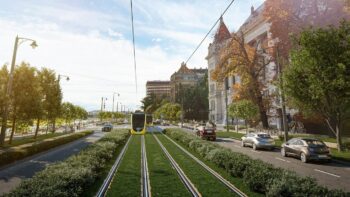 Read alsoThis will be the most beautiful tramline in Budapest!