The local government of Budapest said in a statement issued yesterday that the speed with which the virus spreads is accelerating again. They added that the daily number of new infections has been above 1,000 for days. Since more than five pc of tests turn out to be positive, the authorities lost control over the spread of the virus, the local government of the capital concluded.

What would the proposal of Budapest mean for residents and tourists?

According to portfolio.hu, Budapest’s local government says they do not have the power to reintroduce obligatory mask-wearing. That is because of the state of emergency which will last at least until next January. As a result, currently, only the government can decide on the issue. Therefore, Gergely Karácsony, Budapest’s lord mayor, sent a letter to Interior Minister Sándor Pintér. He asked the government to reintroduce the rules of mask-wearing before July 3. Or, if they do not accept that, he would like the decision-making power given back to local governments.

He referred in the letter to a recent statement of the Hungarian Academy of Sciences. The institute said that vaccination is the only solution in getting rid of the coronavirus. However, they highlighted also that thousands of people could survive if the government listened to healthcare professionals about the importance of using face masks.

If the government accepted the proposal of Budapest, it would mean obligatory face mask-wearing in closed spaces and on vehicles of public transportation.

Interestingly, PM Orbán urged the public to consider wearing face masks again in his Friday morning radio interview. He added that masks alone did not guarantee protection against the infection. Orbán said the vaccines work, as less than one per cent of those inoculated were getting infected with Covid.

He urged people to get vaccinated, warning that the Delta variant of the virus was far more aggressive than the previous variants.

Over the summer, Hungary made the necessary preparations to manage a serious wave of the pandemic in the autumn without bringing back lockdowns. He added that the country had enough vaccines, hospital beds, ventilators, medicine, nurses, and doctors to tackle the coming wave. Orbán noted, however, that the fourth wave was not yet as strong in Hungary as in many other countries.

Hungary has a good chance to develop its own coronavirus vaccine in its own vaccine plant,

Orbán said. But because this is not yet certain, Hungary must make sure that it orders enough vaccines developed elsewhere. Meanwhile, the country makes the necessary preparations to produce its own jabs with Russian technology. 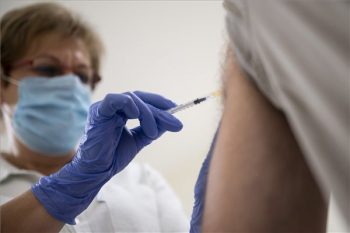 Read alsoThese are the most effective coronavirus vaccines in Hungary! – Fresh results