Local mayor László Hajdu, of the opposition Democratic Coalition party, said that the anti-Soviet revolution of 1956 drew attention to Hungary from all over the world, which also made it an event of historic importance for the country.

The statue park in Széchenyi Square dedicated to 1956 was opened two years ago and the first statue put on display was of French philosopher and author Albert Camus.

US Ambassador Colleen Bell told the inauguration ceremony that the writings and ideas of Arendt and Herbert are still the subject of discourse. She cited a letter written by Arendt about the 1956 revolution, in which she said 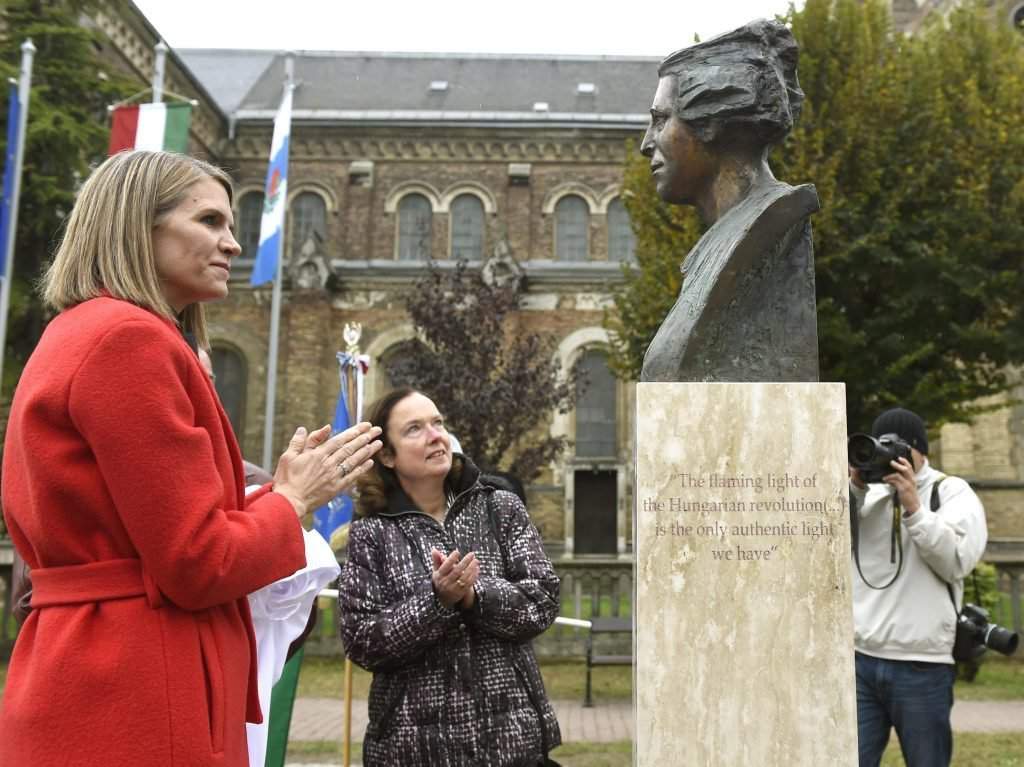 “In any case, Hungary is the best thing that has happened for a long time”. Commenting on Herbert, she said the Communist regime silenced him several times but he was still fighting against repression with his poems. They both used their knowledge to educate and inspire young people, Bell added.

Germany’s First Counsellor in Hungary, Claudia Walpuski, said the events of 1956 showed that people could stand up for democracy in many different ways: some by going out on to the streets and others by using pen and paper. 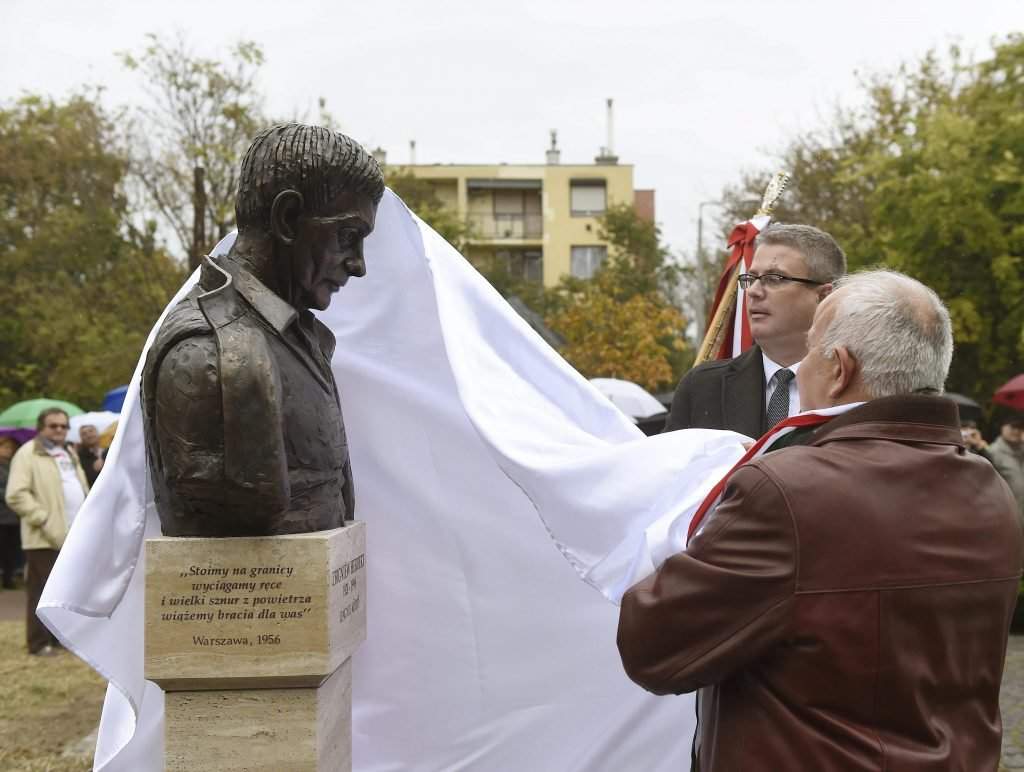 Poland’s charge d’affaires ad interim Michal Andrukonis said that 1956 was a very important event in Hungarian-Polish friendship, showing that freedom is the foundation of the two nations’ firm friendship.