Budapest, February 12 (MTI) – The civilian victims of the WWII siege of Budapest were commemorated on Thursday, marking the 70th anniversary of that event.

Addressing the ceremony in the Farkasret cemetery, Barnabas Lenkovics, the president-elect of the Constitutional Court, called peace and human dignity the two greatest values to be protected. 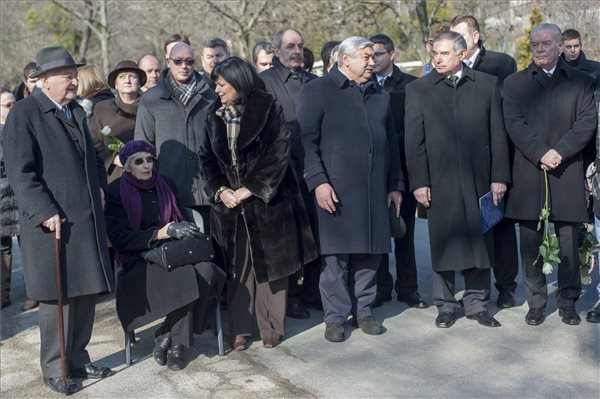 Katalin Fogarasi, the head of the National Heritage Institute that organised the ceremony, said that tens of thousands of civilians, mostly women, died during what was one the longest sieges on a city during WWII, she said.

The 102-day siege of Budapest by the Soviet Army, one of the bloodiest campaigns of World War II, ended on February 13, 1945, with the city’s unconditional surrender. It claimed the lives of nearly 200,000 people, including 38,000 civilians, and left about half a million people seriously wounded. About 27 percent of the city’s 40,000 buildings were destroyed and the retreating Germans blew up the city’s seven bridges spanning the Danube.