Budapest, November 24 (MTI) – A Budapest court dropped all charges in a final ruling against rapper László Pityinger, aka Dopeman, who was accused of breaching the peace in connection with an anti-government demonstration where a life-sized styrofoam statue of Prime Minister Viktor Orbán was demolished. 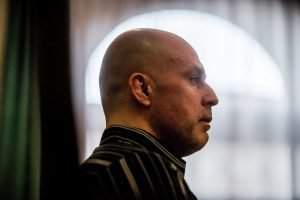 The court ruled to drop all charges because no crime was committed, reinforcing an earlier court decision.

The court had contacted Orbán and asked him if he wanted to file a complaint for defamation but since he did not react to the query, the court did not discuss this charge.

Pityinger welcomed the final ruling and said it was alarming that “one should go to court for expressing their opinion”.