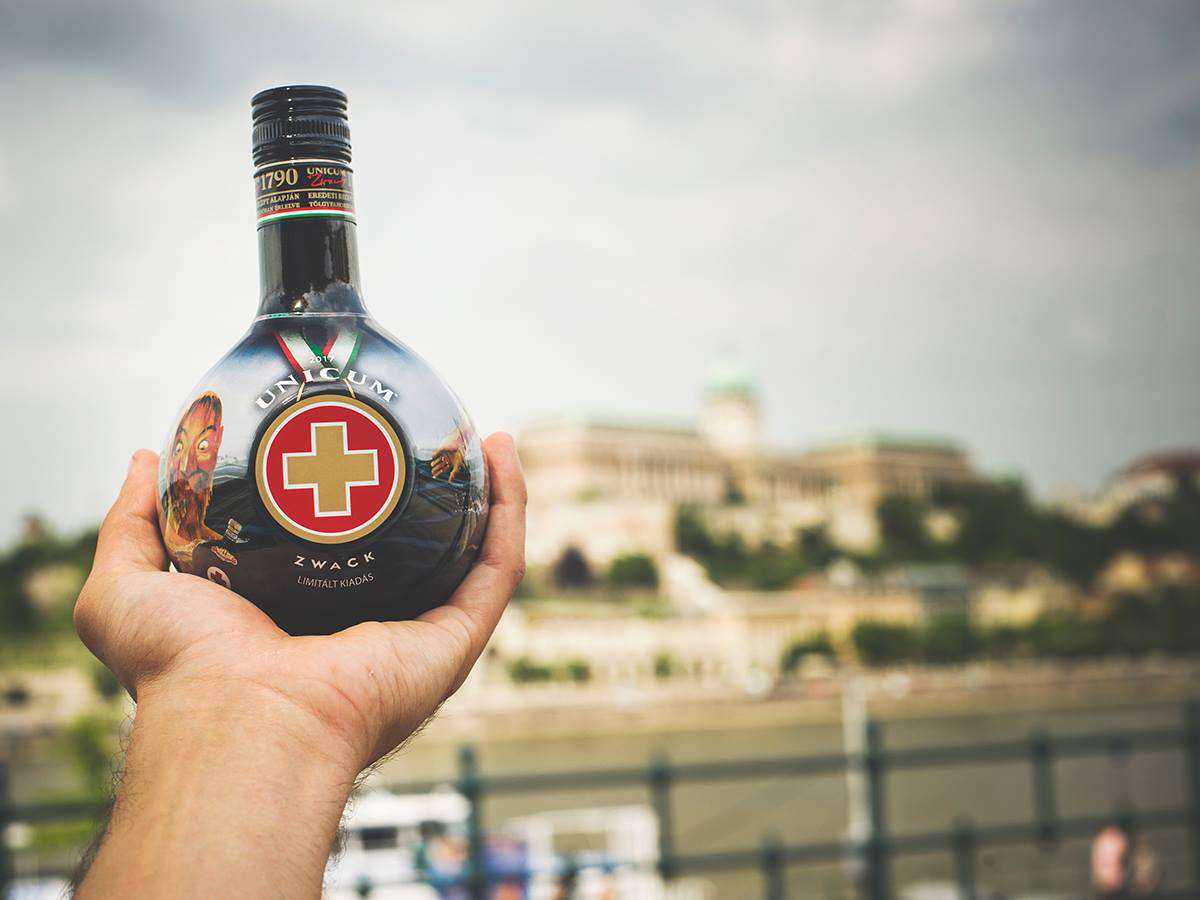 Did you know that several world-famous alcoholic beverages are originated from Hungary?! Some foreigners may not know where our small country is located, but if such brands are mentioned as Pálinka, Unicum or Tokaj  – they will all sound familiar. Let’s see which are the most important Hungarian drinks that conquered the world!

Let’s start our list with the traditional Hungarian spirit – Pálinka – which is among the most important aperitifs in Hungary. The alcohol content of the national brandy is at least 40% and it can be made of several fruits, such as apricot, plum, pear, sour cherry, apple, raspberry, chestnut and sometimes even sweetened with honey. They can also be distinguished based on their age and the region of their origin – described by adagiohostel.com.

Pálinka was announced as a protected Hungarian brand in 2004.

Its production is strictly regulated as it can be made exclusively from fruits grown inside the borders of Hungary, and it also has to be mashed, distilled and bottled in the country. The Hungarian national spirit is an enjoyable experience for both the body and the soul!

As its name also depicts, uniqueness is represented in this special Hungarian bitter liquor. Besides Pálinka, Unicum is also listed among the most important national drinks of Hungary, made of more than 40 herbs and spices according to a secret recipe. This can be traced back to 1790 when the Jewish family named Zwack started the production of the refreshing alcoholic beverage. Unicum can be consumed anytime as – due to its herbal content – it has several beneficial effects: it helps digestion, normalise blood pressure etc.

Sweet wines of Tokaj are originated from Tokaj-Hegyalja region, located in Northeastern Hungary. As welovebudapest.com describes, Louis XV of France referred to Tokaj Wine Region as “Wine of kings, King of Wines”. Establishments of the vineyards can be traced back to the 12th century. There are six grape varieties in the regions permitted for Tokaji production, all affected by a kind of noble rot which gives the essence of their wonderful taste. One of the most famous wines of the region is Tokaji Aszú which was the first sweet wine in the world that can be distinguished by the number of “puttony” indicated on the bottle label. If you wish to have great wine experience, you should not miss the wines of Tokaj!

“Bull’s blood of Eger” or according to its Hungarian name – Egri Bikavér – is the most famous red wine of Hungary. As its name suggests, the alcoholic beverage comes from the Eger wine region. Several wine cellars can be found in the “Valley of the Beautiful Woman” (Szépasszonyvölgy), providing the wines of the region. According to the legends, Turks thought the Hungarians were so strong during the siege of Eger castle because they were drinking wine spiked with bull’s blood – described by welovebudapest.com. Bull’s Blood of Eger is a perfect choice with tomato-based, chicken and pork dishes.

Besides Pálinka, Unicum and wines, Hungary is a great producer in first-class champagnes as well. The Hungarian brand Törley serves as a perfect proof, representing a tasteful quality sparkling wine with fine aromas and neutral character. Cheers, let’s start the night with a bubbly experience!