City Park is changing – here are the latest plans – PHOTOS

Due to the government’s decision, the new Transport Museum will be built outside the City Park. The historic building of the museum will be renovated, after which it will host an interactive exhibition about the Hungarian innovations, reports turizmusonline.hu.

Városliget Ltd. has announced that the first steps of the City Park’s long-awaited landscape architectural renovation will begin in the autumn within the scope of the Liget Budapest Project.

The Garden of the Blind will be totally renovated and made accessible for the disabled on more than 10 thousand square kilometres, while the Park will be expanded by more than a thousand square kilometres new green area by the destruction of the old Veterinary Clinic of Hermina street. The Hungarian Museum of Science, Technology and Transport will get an exhibition hall outside the City Park, thus the museum being renovated in the Park will not need underground expansion.

Garden of the Blind

According to the government’s latest decision, the first stage of the renovation of the City Park will begin already this year. One of its main elements is the full-scale rehabilitation of the first Hungarian garden planned especially for the blind and the partially sighted. The existent stand will also be renovated on the territory of more than a hectare, and the garden will be enriched by new and precious species. Instead of the ruins of the log cabin that stood there, a new building will be awaiting the visitors fully accessible for the disabled.

The desolate buildings of the old Veterinary Clinic of Hermina street will be torn down this year and the surrounding pavement will also be broken, thus giving back more than a thousand square kilometres green area to the Park. The Park will be totally restored in that area, which will result in the creation of the relaxing and quiet Hermina Garden with benches, drinking-fountains, trees and shrubs.

At the same time as the renovation of the Museum of Fine Arts, the green area surrounding it will also fully revive: after the professional care of the existent old trees, a little avenue will be created from the direction of Dózsa György street, while the annual flower-bed will also be renewed.

The sports fields next to the former Petőfi Hall will be replaced in the neighbourhood of the Garden of the Blind. The building of these fields will begin already this year. At the nearby schools’ request an athletic running track will be created which will be 200 metres long and contain four lanes. Two multifunctional sports fields will be placed in the area bordered by this running track.

The government has also made a decision concerning the further development of the Hungarian Museum of Science, Technology and Transport (MMKM). About 4500 square kilometres exhibiting area was availible in the demolished building of the Transport Museum. The plans made in the last two years about the reconstruction of the museum’s historic building have doubled this area, it became 9000 square kilometres together with the underground expansion.

The expanded exhibiting area would have been suitable for a more comprehensive exhibition showing much more means of transport, but it would not be able to show each and every piece of the Transport Museum’s collection (railway vehicles, buses, trams, etc.). 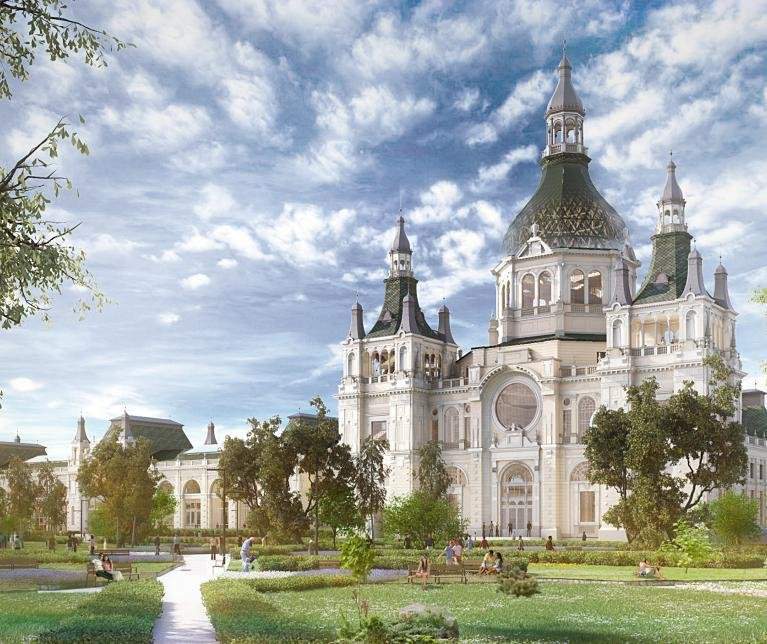 The government’s decision is a milestone in the life of the almost 120-year-old Transport Museum, because after waiting for decades, the decision urges the creation of a new exhibition hall, where it is possible to introduce all means of transport and their history on a larger territory than its former building in the City Park.

The government took sides with the reconstruction of the historic building of the Transport Museum in the City Park – which used to be the most glorious building of the Millennium Exhibition – according to the original plans. A new exhibition will be created here about the history of the Hungarian innovations and the world-famous Hungarian inventions and inventors, as it will be one of the institutions of the MMKM.

Due to this change in plans, the plans of the reconstruction of the building in the City Park can also change: after the revision of the concept in accordance with the issues mentioned above, the creation of the underground exhibiting area will become unnecessary. Regarding the location of the new Transport Museum, the government will make the final decision in a few months.

The planning of the building of Városliget Theatre, which will be reconstructed on the corner of Dózsa György street and Ajtósi Dürer sor, is in progress, it will probably be finished in the near future. However, since the formation of this part of the City Park is basically influenced by the Park’s structure of transport, the construction of that area and, consequently, the building of the theatre cannot be started until finalizing that structure.

Petőfi Hall to be demolished soon

Many elements of the Liget Budapest Project are continued according to the plans. As part of the first section of the developments the renovation of the building of the Museum of Fine Arts will be finished. The licensing of the underground garage of Dózsa György street and the new building of the Museum of Ethnography will have been finished by the middle of the year, after which the constructions can be started. 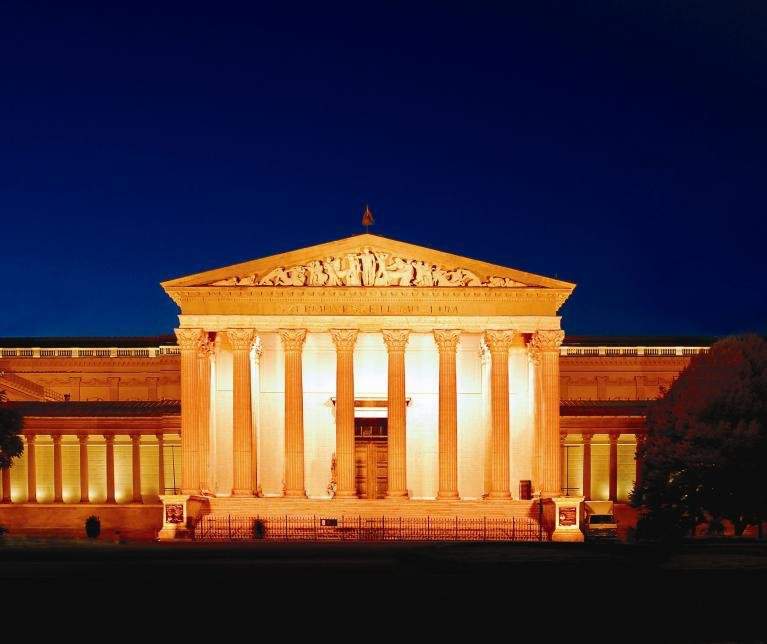 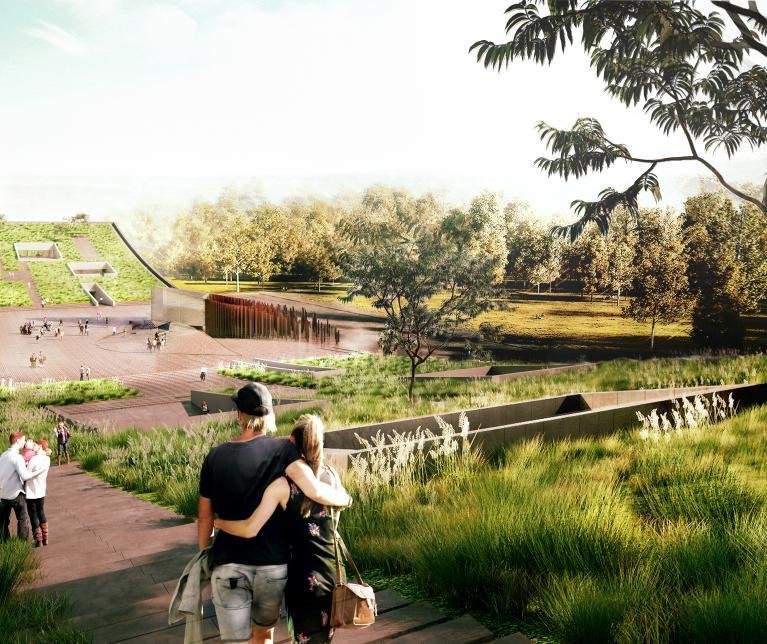 The demolishing of Petőfi Hall will soon be over, in the place of which the preparation for the building of the New National Gallery on the basis of the plans of the Pritzker Prize winner SANAA. 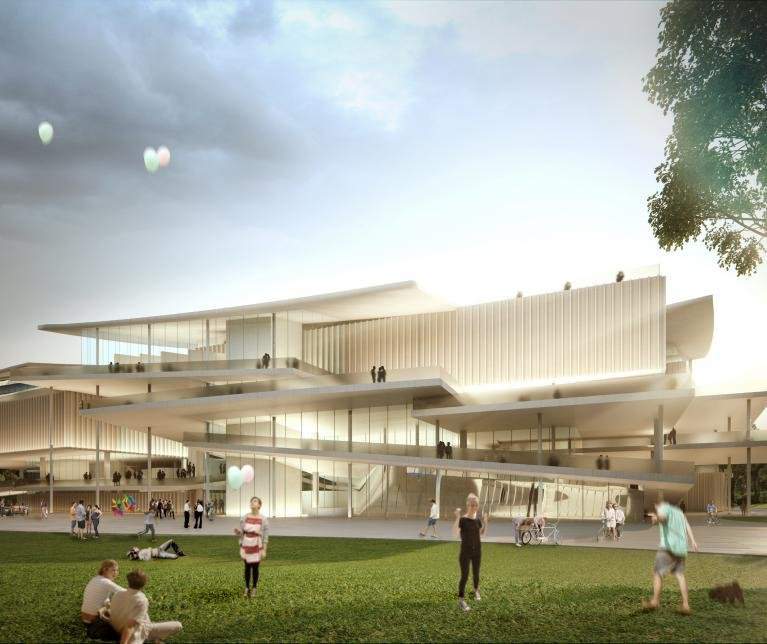 The selection of the contractor of the House of Hungarian Music built in the place of the former Hungexpo office buildings is still in progress, the building planned by the Japanese architect Suo Fujimoto is expected to be ready by 2019. In addition, the building and development of the infrastructure connected to the Liget Budapest Project are on their way starting on Ajtósi Dürer sor and Dózsa György street. 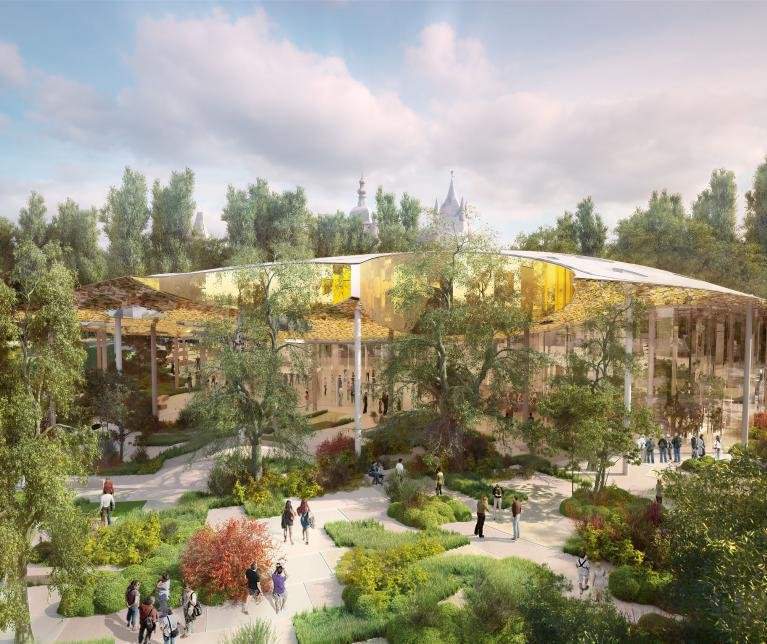 The reconstruction of the Olof Palme House will also be started in 2017, while the works of the National Museum Restoration and Storage Centre in Szabolcs street will be finished next year – announced László Baán, commissioner of Liget Budapest Project. 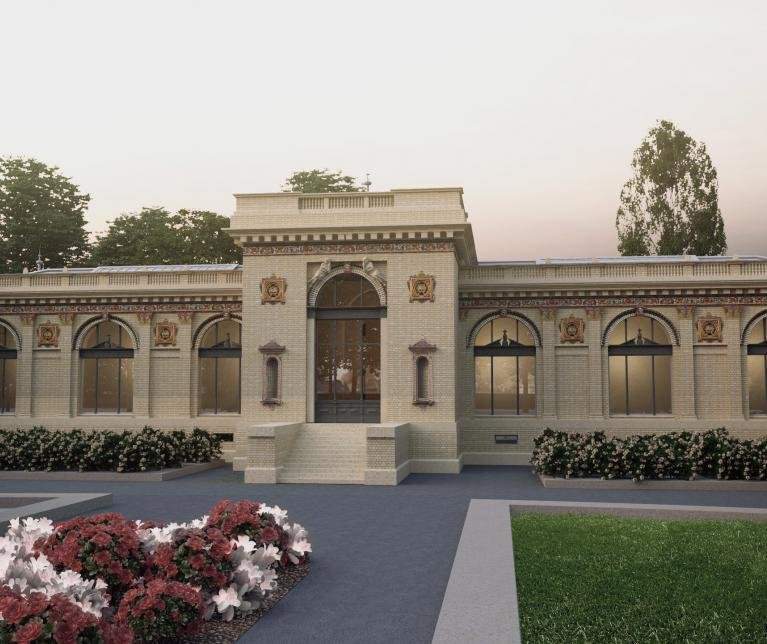