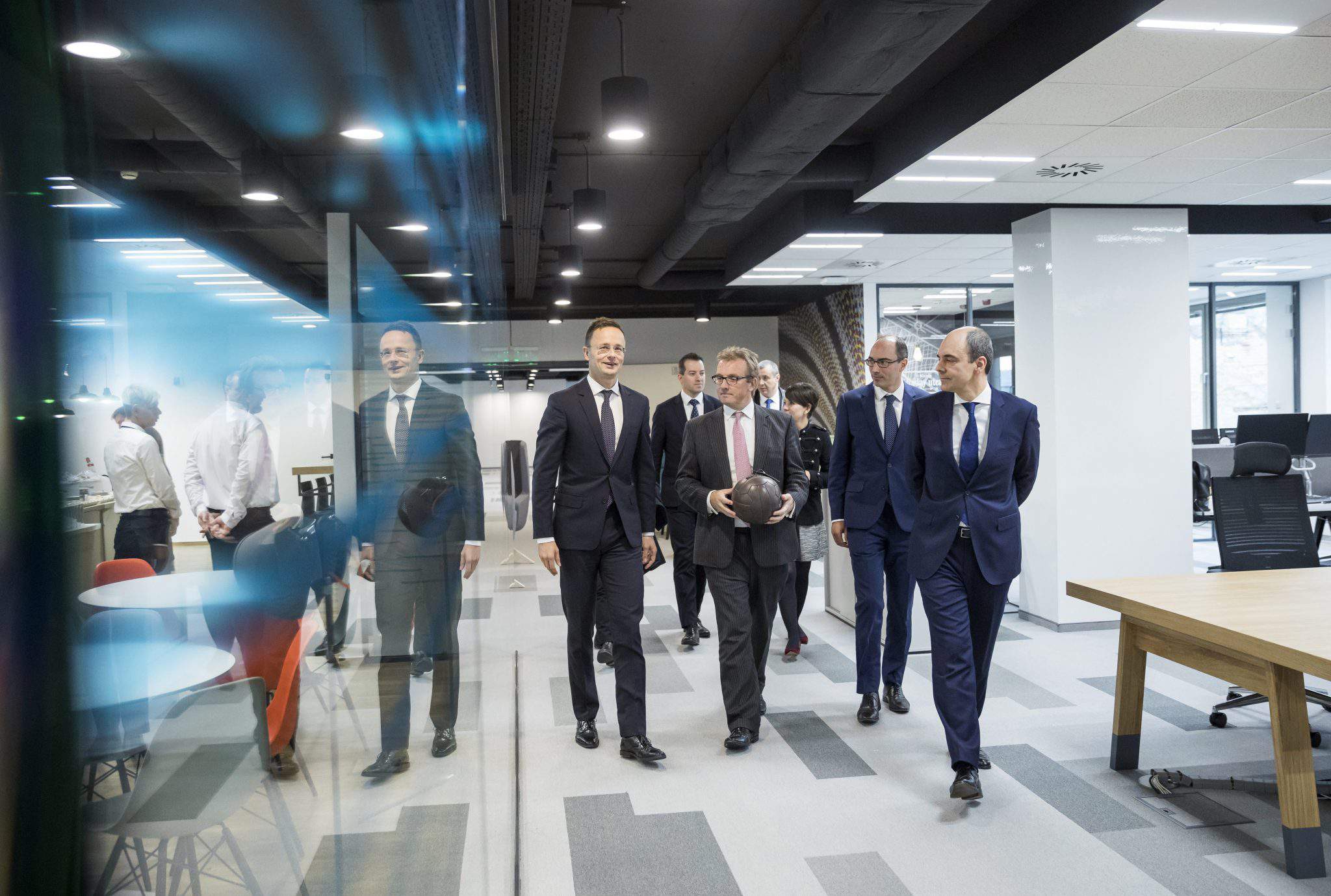 At the press conference held on Tuesday to announce the decision. Minister of Foreign Affairs and Trade Péter Szijjártó said the new investment will create 250 new jobs, towards which the Government will be contributing training funding.

The Minister stressed that the new PSC will be creating jobs with extremely high added value within the service sector that require a high level of training.

Head of Global Occupier Services (GOS) Strategic Consulting Division Tamás Polster told reporters that Cushman & Wakefield has invested billions of forints in Hungary since 1991, with which hundreds of thousands of square metres of office space, production hall and shopping centre have been constructed.

Mr, Szijjártó highlighted that this was the eight investment in Hungary on the part of major U.S. corporations this year via the investment promotion programme, with investments totalling 30 million dollars creating some 1100 new workplaces. “This latest investment is further proof of the fact that it is in no way an exaggeration to describe Hungarian-American economic cooperation as a success story”, he said.

America is now the second largest investor in Hungary after Germany, the 1700 American companies currently operating in Hungary provide job for over 100 thousand Hungarians, and

the United States has become Hungary’s most important trade partner outside the European Union.

Trade flow between the two countries exceeded 3 billion dollars in the first seven months of this year, he added.

Cushman & Wakefield, which was founded a hundred years ago, is one of the world’s largest business property consulting companies, realised 6 billion dollars in turnover in 2016 and has 300 offices in 70 countries employing a total of some 42 thousand people, the Minister told reporters. A new service centre that will create 250 new jobs will be realised in Budapest within the framework of the investment. According to Mr. Szijjártó, the investment is another opportunity for young people with competitive knowledge to remain in Hungary, and to convince Hungarians working abroad to return home.

The Foreign Minister also spoke about the fact that Hungary is often criticised for only being an assembly plant, but that this was entirely untrue, explaining that the Hungarian economy is in a process of transition to a higher dimension, and since 2010 has reached a stage where it can now concentrate of the quality of created jobs rather than their quantity.

“We are proud of the fact that there are now 110 service centres operating in Hungary, which provide jobs for 42 thousand young Hungarians”, he added.

Mr. Polster told reporters that traditionally, in Central and Eastern Europe the company is primarily involved in investor advisory and mediation, but that 50 percent of revenues are now derived from lease agreements, and Budapest will now be the European centre of this most dynamically expandable sector of business.

From here, the company’s employees will advise foreign clients on where to invest, where to establish research development centres and new factories; these transactions will be performed in Budapest and this is where the agreements and properties will be managed.

82 new staff members, 75 percent of whom are Hungarian, have been hired so far, who will be working in Europe, Asia and Africa.
Head of the GOS division told reporters that the company is expecting a major increase in business property leasing in Europe, and the company has concluded several important contracts in recent months.