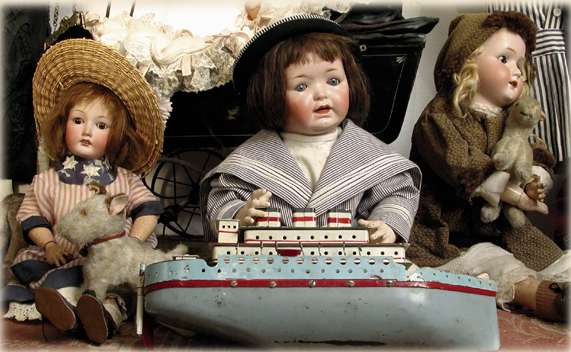 Aniko Morocz, author of Elet ize blog visited the Doll Museum in Tihany with her daughter. In the special collection, you can see theater scene, interior, kitchen environment and general store, too, szeretlekmagyarorszag.hu wrote.

According to Aniko Morocz, the Doll Museum, which was founded in 1994, is the result of the Filotas family’s private collection of four decades. First, they began it as a hobby, and then they collected the dolls with a growing passion. They themselves realized after many years what kind of culture historical treasures are hidden in the attic of old houses.

In 1993, they thought the collection is so rich that is should be exhibited. Then they decided to create the Tihany Doll Museum. The exhibition offers the visitors a unique experience, and it encourages the collectors to the further collection work.

The Doll Museum is Hungary’s antique collection recognized throughout Europe. You can find here the almost all German porcelain-doll-making workshops’ products from the 40s of the 19th century – from the beginning of porcelain-doll manufacturing – until 1920, the ceasing of production, szeretlekmagyarorszag.hu wrote.

The visitors can learn the European folklore and the Hungarian folk costumes at the colorful exhibition rich in doll specialties. The real special feature of the museum is that dolls are not organized by a scientific sterile way, but in real-world environment showing the former fashion and lifestyle as well.

Each doll can be seen in their original clothes, arranged in scenes.

The furniture around the dolls faithfully reflect the taste of aristocratic, bourgeois of the Reform Age and the Biedermeier Age.

In addition to the high-value German and French porcelain dolls, sometimes you can see battered teddy bears and other stuffed animals as well.

There is trademark of the Tihany Doll Museum on the dolls which are designed and produced by the company in collaboration with renowned artists. They are also purchased in a limited edition. On the occasion of the Doll Museum’s opening, commemorative copies were made in a 50-piece limited edition. These dolls are created by doll-maker Eva Szurdi.

The Doll Museum is located in the center of Tihany, in a beautifully-renewed old farmhouse. Upon entering the museum, we find ourselves immediately in a fairy-tale. Not only the children are struck dumb by seeing the last-century ferris wheel and the nearly 600 dolls. Among many other attractions, you can find here a black doll worth HUF 1 million, which is a real rarity.

based on the article of szeretlekmagyarorszag.hu
translated by BA