Though Béla Kocsis started dragon boating only five years back, his team’s success has been very impressive and ambitious future goals have already been set, writes Dubai-based Khaled Abo Khamis.

With fiery eyes like those of the dragon that sits at the front of the boat, Béla Kocsis along with other 19 paddlers navigate the waters of Dubai Marina. On the right side of the second row he sits and shouts his instructions. You can see all the 20 paddlers on the boat – two on a row – plant their paddle in the water and lift it out in unison before they do the same stroke over and over.

When Béla, a six-foot tall blond man, started dragon boating five years ago, he was just practicing a hobby that he had always had a passion for. He never thought his love of this sport would grow and evolve to where it stands today.

As he was growing up in his early years, Béla loved anything that had to do with nature. He used to spend weeks out in the open every summer – camping and canoeing with his uncle back in his home country.

“Being in nature, on the canoe and in the river, was just amazing,” Béla said.

The 33-year-old Hungarian had his first contact with the game back in 2012 in Dubai, where he now works as a project manager for British Telecom. “The first time I did it I knew it was my thing and I knew it was a competitive sport, so I immediately took it up as a real sport,” he said. 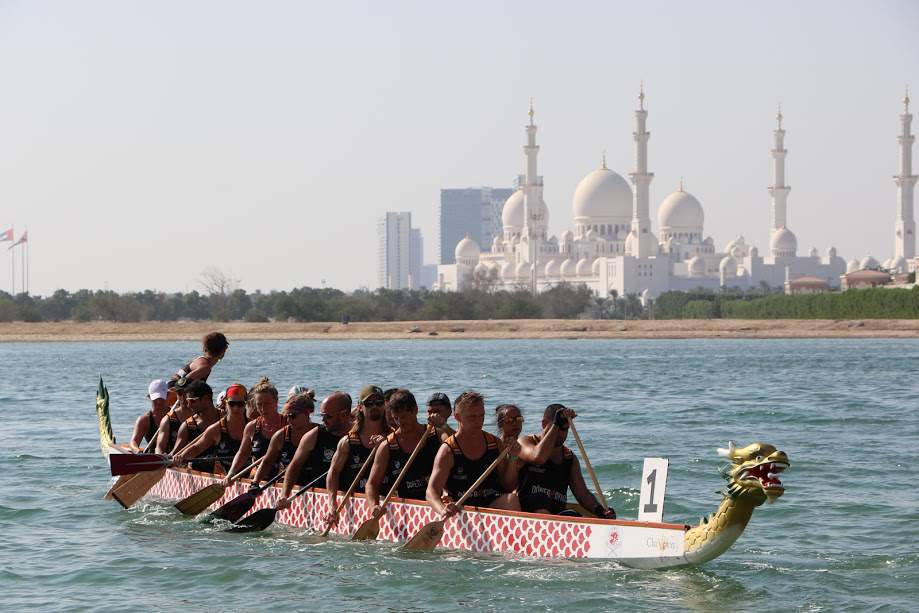 Béla’s love for the sport was growing hugely. Though he believed he could do without it and it wasn’t a remedy for anything as he put it, he was unknowingly developing a deep fondness for this watersport. He was an extremely committed team member and he never missed a practice so that no sooner had he begun to wish for than his coach chose him to take part in the Club Crew World Championship in Hong Kong in 2012.

“Just two weeks before the race we were four guys competing to make those two spare spots. Then my coach told me, though it hadn’t seemed like that two months ago, that he would put my name down as a spare and I was over the moon.”

Luckily enough, Béla’s team came third in the mixed 500m race distance and he was up on the podium.

“I was really happy, and I had tears in my eyes. I was so inexperienced that I didn’t even know that spares get a medal as well.”

Upon coming back to Dubai, a life-changing surprise was waiting for him. Though, sadly, the team fell apart and most members never showed up again for training, Béla was appointed the new captain. 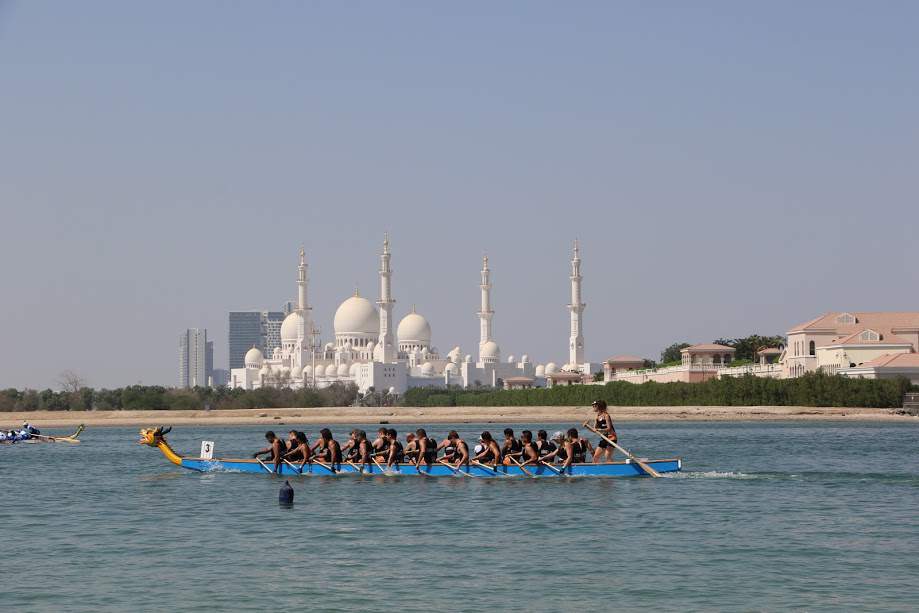 “Only four of us were on the dock out of all the team and the captain then said: ‘Anyway Béla is always at practice, so he should be the new captain.’ And I was like, ‘What is going on? I just joined!’”

Things went pretty well for a while and the team grew from four to 30 members. Two years later, the team qualified again for the CCWC in Ravenna, Italy, but didn’t make it to the next round of the qualifiers.

“We got back from Italy and things weren’t going that great. The team was falling apart and I got bored because of people’s lack of commitment and I eventually quit,” Béla said.

Probably it was time for him to do his third triathlon then. Up to date, Bela has completed five long-distance triathlons and 15 marathons and he has taken part in many other different types of challenges.

Even though he was busy preparing for the triathlon, Béla never stopped thinking about paddling. There were many times when he had to coach a team of women paddlers because his wife Melanie – a dragon boat trainer as well – was away. 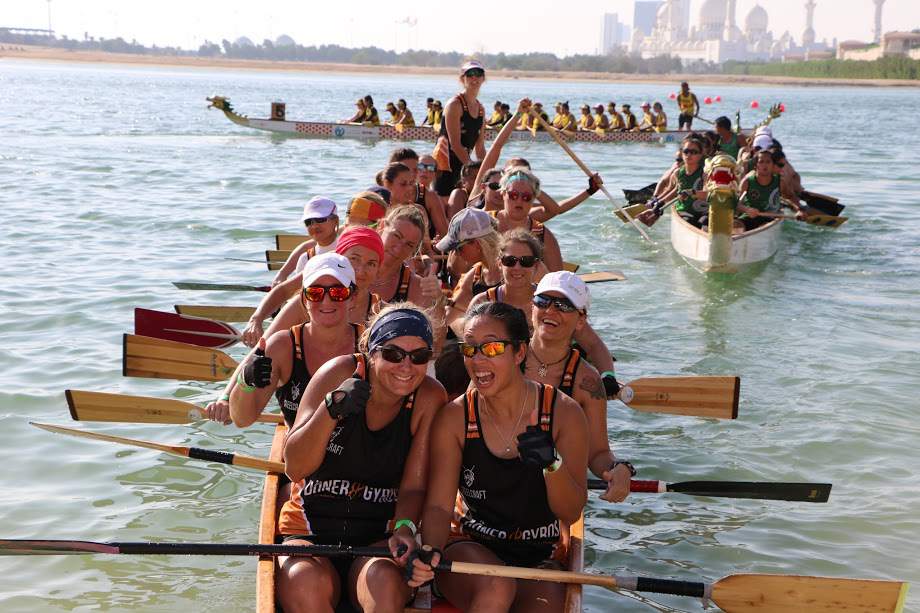 Soon news came to Béla that his previous team Steelcraft was not doing well at all and it almost always failed in any competition. There was nothing to stop him from offering his coaching services back then.

But this time Béla wanted to do things differently – he wanted his wife beside him. “Melanie is an amazing coach. She had over ten years of experience and I asked her then if she was willing to do it and she said yes.”

Ever since Béla and Melanie took up the joint task of coaching Steelcraft, results have been impressive, and the paddlers have bitten the medal many times.

The team has now around 35-40 registered team members from all over the world. They train five times a week in the morning and in the evening. They meet 15 minutes before each session to warm up before team members are briefed on what they are focusing on for that day.

“The session lasts for 60 minutes and it could be endurance, technical, intervals, resistance training or whatever is needed,” Béla said. After the session is over the boat is tied to the dock and a debriefing is held.

Mariana Cavelier, the team manager, who has been paddling for almost five years, said: “When Béla developed into a coach, I was in the women’s team then. He brought an element of strength into the women’s team, an element of ironman and of that fighting. He pushed us to limits that we didn’t know that we could reach, and we started winning races.”

Just as recent as November of last year, the women’s team came second in the Ras Al Khaimah 200m race distance and the men’s team wore the bronze medal for the same distance category. Also, Steelcraft was crowned the Overall Champions of the tournament. All these achievements add up to a shelf that barely has space to contain more accolades.

However, the ultimate goal is still unfulfilled.

The team has been intensely training over the last two months, in preparation for the Club Crew World Championship’s qualifying race in the UAE – taking place on February 16-17, 2018.

With a smiling face and confident tone of voice, Béla said: “I want my team to be the most professional amateur team. I do have to understand that my people are working but I do want them to take it seriously. Our goal is always the Club Crew World Championship and in the next few years I want my team to be the world champion.”