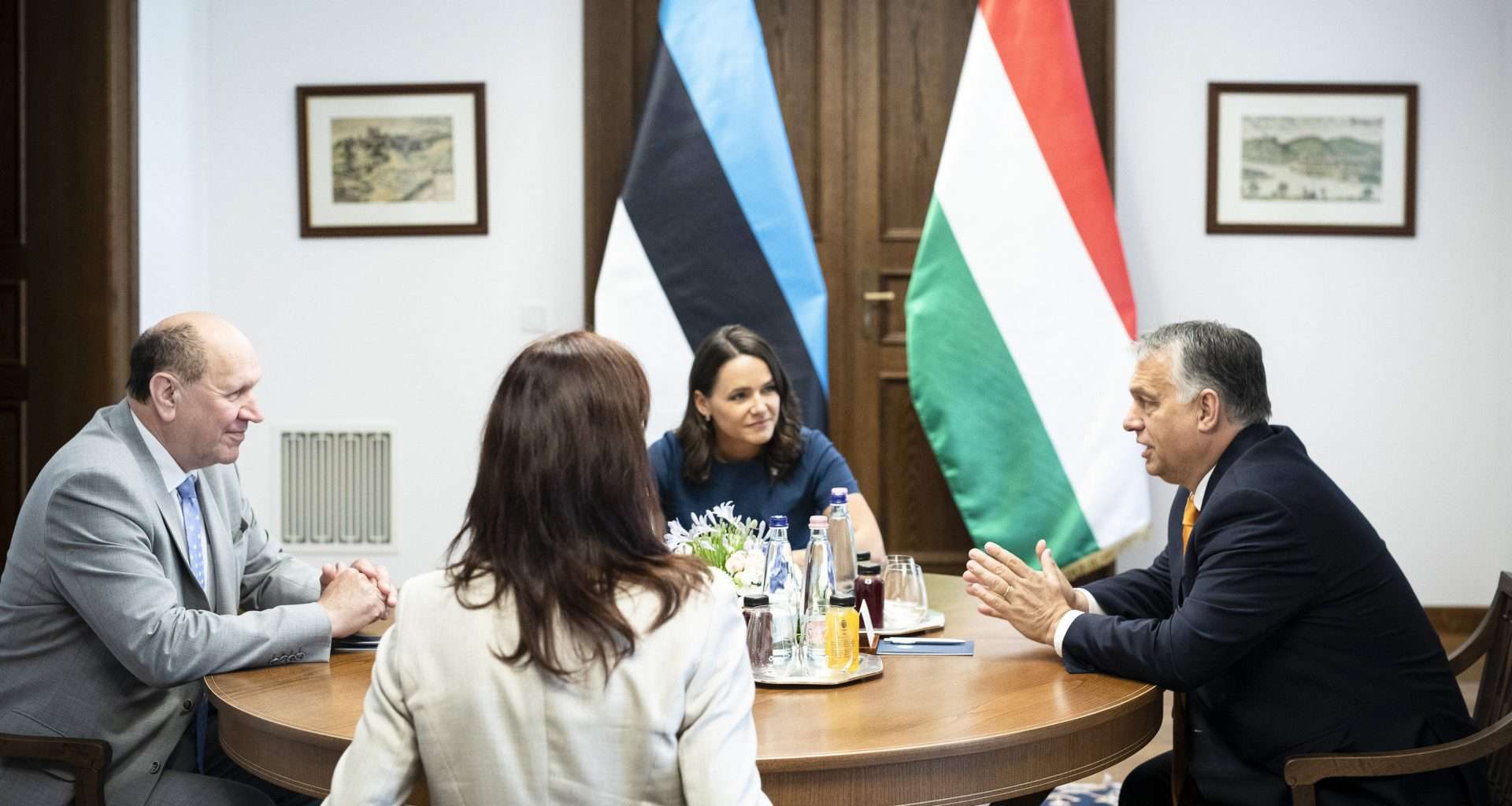 Bertalan Havasi, the prime minister’s press chief, quoted the Estonian deputy PM as saying that Estonia’s Conservative People’s Party, of which Helme is head, considers Hungary and the Visegrad cooperation as examples promoting important European values in debates on the future of the community.

They also noted that immigration policy should be made more stringent and European families required support in order to resolve demographic problems, Havasi added.

The issue of migration is a priority for both countries, Novák said, adding that Helme, who also serves as deputy prime minister, will also be briefed on Hungarian border protection measures during his visit.

Helme, who also heads the Conservative People’s Party of Estonia, said that his meeting with Novak was “short but very useful”. The minister said he will also visit the border fence erected during the 2015 migration crisis and the adjoining facilities.

Another goal of the visit was to find ways to expand cooperation between Hungary and Estonia as well as between the Visegrad Group and the Baltic states, he said.

The cornerstones of that cooperation will be “sovereignty within the European Union”, as well as family policy and the protection of the national culture, language and Christian traditions, he said.

As we wrote before, according to the analysis released by UNICEF, Sweden, Norway, Iceland, Estonia and Portugal are the most family-friendly countries. The international organisation listed the most developed countries on the basis of four indicators where Hungary was ranked in 16th place, leaving all the other regional countries behind.

Rate of population decline continues to increase in Hungary!