Kató Lomb, one of the Hungarian language genius

But also, there is another group of people: polyglots, whose hobby is to learn as many languages as they can in their lifetime. There are and there were Hungarians, who have learnt at least 5-6, sometimes even 16-17 languages in their lives, or more. Let us have a look at them.

Polyglots are people, who speak multiple languages apart from their mother tongue. In this list we gathered 10 Hungarians, who were exceptional in language learning:

Katalin (28) is a Hungarian woman who was a guest at TV2’s Morning Talkshow Mokka in 2015, where she talked about her studies, language interests and techniques, she uses. She fell in love with the Chinese language in high school, when she competed in a Chinese language contest and won the prize to visit Beijing. Her twelve languages are English, Chinese, Korean, Japanese, German, French, Spanish, Portuguese, Italian, Slovak, Czech and Russian. Well done!

Sugár was born in 1933; he worked as a journalist, writer and as the very first travelling reporter of MTV (Hungarian Television). He documented reportages and films in 102 countries and conducted interviews in 10 languages. The interviewer had talked mostly with politicians about foreign policy topics. Among the biggest names, he interviewed: George H. W. Bush, Jimmy Carter (both USA), Mikhail Gorbachev (Soviet Union), Boris Yeltsin (Russian Federation), Yuriy Gagarin astronaut, and many other leaders and public figures in politics, culture and science.

The Transylvanian-Hungarian linguist, librarian and the founder of Tibetology, lived in 1784-1842. Kőrösi Csoma could write and read in 20 languages, at the time he was a librarian in Calcutta for five years. He was the author of an English-Tibetian vocabulary and a Tibetian grammar book. Kőrösi was a pilgrim, he went to Asia to research about Hungarians’ origin. His spoken/written foreign languages were: Latin, Ancient Greek, German, French, English, Russian, Slav, Hebrew, Arabic, Turkish, Sanskrit, new Persian, Tibetian, Hindustani, Bengali, Pushtu, Muhratta and Romanian.

The impressive travel route and timeline of Sándor Kőrösi Csoma.

Hungarian international grandmaster in chess Zsuzsa Polgár or ‘Susan Polgar’ (in the US) is a legend in women’s chess, as well as her sisters, Zsófia Polgár, who has taken Israeli-Hungarian citizenship, and Judit Polgár, who has beaten chess living-legend, Garry Kasparov. All of the girls are grandmasters in chess, and each of them speaks 4-8 languages.

Zsuzsa is the eldest among the Polgár sisters, and she speaks seven languages, including her mother tongue: Hungarian, English, German, Russian, Spanish, Hebrew and Esperanto. I know: seven languages are ‘only’ seven, not ten, but she is a chess grandmaster besides that, right?
Watch two of her English-speaking TED Talks here and here.
Zsuzsa now lives in St. Louis, the United States with her husband and her two children. 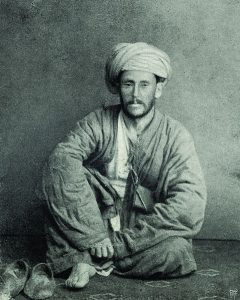 Ármin Vámbéry was born in the 19th Century and lived until 1913; he was a university professor, Orientalist (researcher of Eastern cultures) and a polyglot. Legend has it that, until he celebrated his 25th birthday, he managed to learn the same amount of languages as the number of his age: 25 languages. At this age, he moved to Constantinople, where he taught in schools, published German-Turkish, Turkish-German vocabulary and became the secretary of an influential Turkish statesman. Gaining proficiency in many of the Middle Eastern languages, and information about the Turkish politics, the English secret services charged him to spy for them. He never was caught. 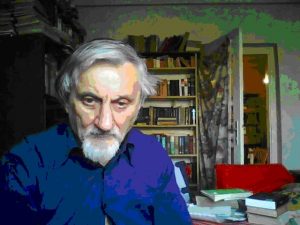 István Dabi (born in 1943) is a translator with Hungarian origins, who became famous at age 18 when he learnt 18 foreign languages. He was messaging with 80 language exchange partners, from 50 countries around the world. Dabi worked as a foreign correspondent, tourist guide, interpreter, translator and lector; he also published poems in Polish. István married a Lithuanian woman and also lived in Gdansk, Poland. He understands 103 languages and speaks 23.

Kató Lomb, one of the Hungarian language geniuses

Kató Lomb is a true language genius, who was a book author, interpreter, translator and simultaneous interpreter. She claimed that she understood texts in 28 languages and said that she made money with 16 languages: English, Bulgarian, Danish, French, Hebrew, Japanese, Chinese, Latin, Polish, German, Italian, Russian, Romanian, Spanish, Slovakian and Ukrainian.

Her repertoire of foreign languages and enthusiasm was achieved by her ‘simple’ method: reading books, writing letters and speaking with people. She has shared the opinion to put emphasis on your motivation first!

Wurm’s father was German and his mother was Hungarian, so he was interested in languages at an early age. István Wurm travelled around Europe and learnt 9 languages until age 18. At Vienna University, he studied the Turkish language. In 1954, he moved to Australia to do research in the anthropology institution. He then moved to Canberra in 1957, to become the member of the Pacific and Asian languages Research Institute. People said that he knew 50 languages before he died. He admitted in an Italian interview that he is only able to curse in one language; his mother tongue, Hungarian. 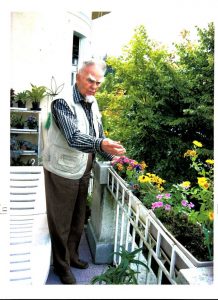 Was a Hungarian cultural researcher, dance historian, critic and linguist, Dienes was born in 1914 and died in 2005. He owned a lot of academical titles, like the president of Hungarian Dance Society and editor of dance papers, such as Dance Studies, Hungarian Dance News and Newsletter. Dienes was a speaker of 11 languages.

Ferenc Kemény (1917 – 2008), was a diplomat, but in the time of the communist regime, he eventually changed his career path to his real talent: translating. After the 1956 Hungarian revolution, Kemény settled down in Oslo, Norway. Here he translated from 40 source-languages to 24 target-languages. Ferenc Kemény was a fluent speaker of 12 languages. The results of his research is the denial of sound shifting. It should also be mentioned that he was working not only as a linguist but also as a philosopher and poem translator.