Fidesz would fit better in the European Conservatives and Reformists group, says Zahradil 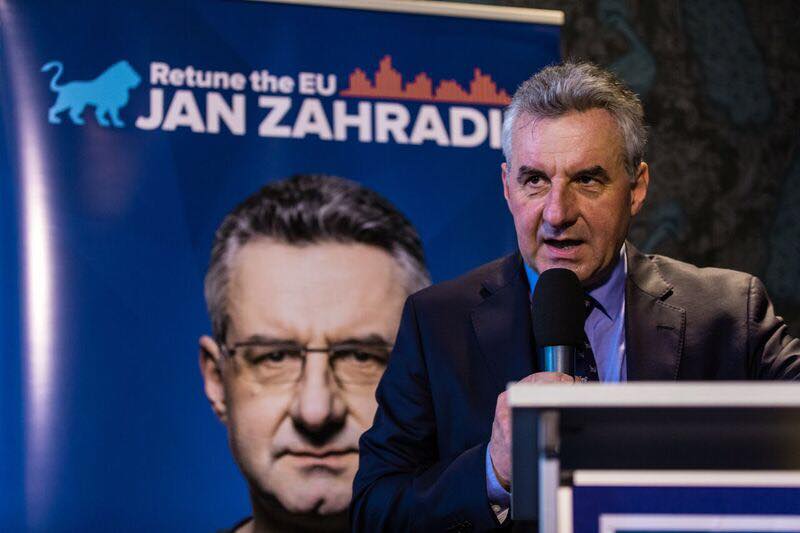 Azonnali met Jan Zahradil, MEP and Spitzenkandidat of European Conservatives and Reformists in his office in the European Parliament last December, where we asked him about the future of the ECR group. The group of European Conservatives and Reformists will be strong in the next European Parliament according to Zahradil. He said If Viktor Orbán decides to leave the European People’s Party, the ECR will welcome Hungary’s Fidesz party in the group.

The news portal Azonnali says, the European Conservatives and Reformists will lose its British MEPs in the next Parliament. According to Mr. Zahradil, the remaining member parties gained popularity in the last few months, so they think they still can make it to the third place behind the S&D and EPP. “We can fullfil this gap of eighteen from our own sources”, Zahradil said.

With the Tories gone, the strongest party in the group will be the Polish PiS, while Jan Zahradil is the only Spitzenkandidat from Eastern Europe. The Czech MEP thinks that there is an Eastern-Western split in the EU, which emerges mostly in questions of attitude towards questions like migration. But he and the ECR won’t be a party of Easter European interests, they try to find new partners in the West also.

“I can’t say more, because there are delicate negotiations going on and before any deal is brokered it will be rather unfair to release it publicly” Zahradil told Azonnali. “We see things in motion, and we think we can benefit from it as well.”

He thinks there will be great shifts in the next European Parliament. As Hungary’s Fidesz place in European People’s Party became uncertain, we asked if ECR is looking for a Hungarian member party.

“For me it’s hardly understandable why Fidesz is still embedded in EPP, despite the EPP time to time behaving nasty towards Fidesz. If Fidesz will change its mind we are pretty much open to negotiate with them”, Zahradil said. “I think that Orbán psychologicaly, ideologicaly would better fit in our group.”

The Czech MEP don’t think that the deeds of Fidesz are that bad like it’s being described in the European Parliament or in European ‘liberal media’.

“I belive we can cope with that somehow”, Zahradil stated. He also mentioned Matteo Salvini’s Lega as a likely ally in the future.

We also asked him about Hungary’s Jobbik party, which is looking for a group in the next European Parliament. Márton Gyöngyösi, a likely candidate for the top place of Jobbik’s list told Azonnali before that the ECR can be the new family for Jobbik, which came from the far-right to the centre in the last few years, aspiring for a membership in EPP also.

Zahradil ruled out that possibility, saying that they are not ready to take in a radical party like Jobbik, even if they try to be moderate. The ECR’s Spitzenkandidat told Azonnali that one of main differences between ECR and the eurosceptic parties in the European Parliament are that they are supporting atlanticism, while the German AfD or the French National Rally is more in favour of Russia. He don’t think that Fidesz is tied to Russia as much as these parties.