Uzbekistan is Hungary’s “key economic partner” in Central Asia, Péter Szijjártó, the minister of foreign affairs and trade, said on Friday after a video conference with the Uzbek minister for investment and foreign economic relations.

The Uzbek market is of interest for many Hungarian businesses and they are served well by excellent political relations between the two countries, Szijjártó said.

A “significant” deal was reached last week on simplifying and speeding up registration of Hungarian medicines on the Uzbek market, he said. Referring to Hungarian drug company Richter, he noted that Richter has been present on the Uzbek market for 25 years and 80 of its products have been registered there.

Now, additional drugs are planned to enter the Uzbek market, adding to pharma exports worth 12 million US dollars in the first half of the year, he said.

Also, a Hungarian company financed by Eximbank is supplying 3,000 Hungarian ATMs to Uzbek banks, while preparations are afoot to advance three joint Hungarian-Uzbek investments in the food and farming industries related to cattle breeding, cereal processing and the construction of a vegetable oil plant, he said.

Uzbekistan plans to build a nuclear power plant with the involvement of Russia’s Rosatom, he noted, adding that Hungary will participate in the training of future Uzbek nuclear engineers and specialists. The number of scholarship students from Uzbekistan studying in Hungary will increase to 100 a year from next year, he added.

Szijjártó said Hungary supports Uzbekistan’s talks with the European Union on expanding its partnership agreement as well as the country’s accession to the World Trade Organisation.

He noted that bilateral trade grew by 21 percent in the first eight months of this year. 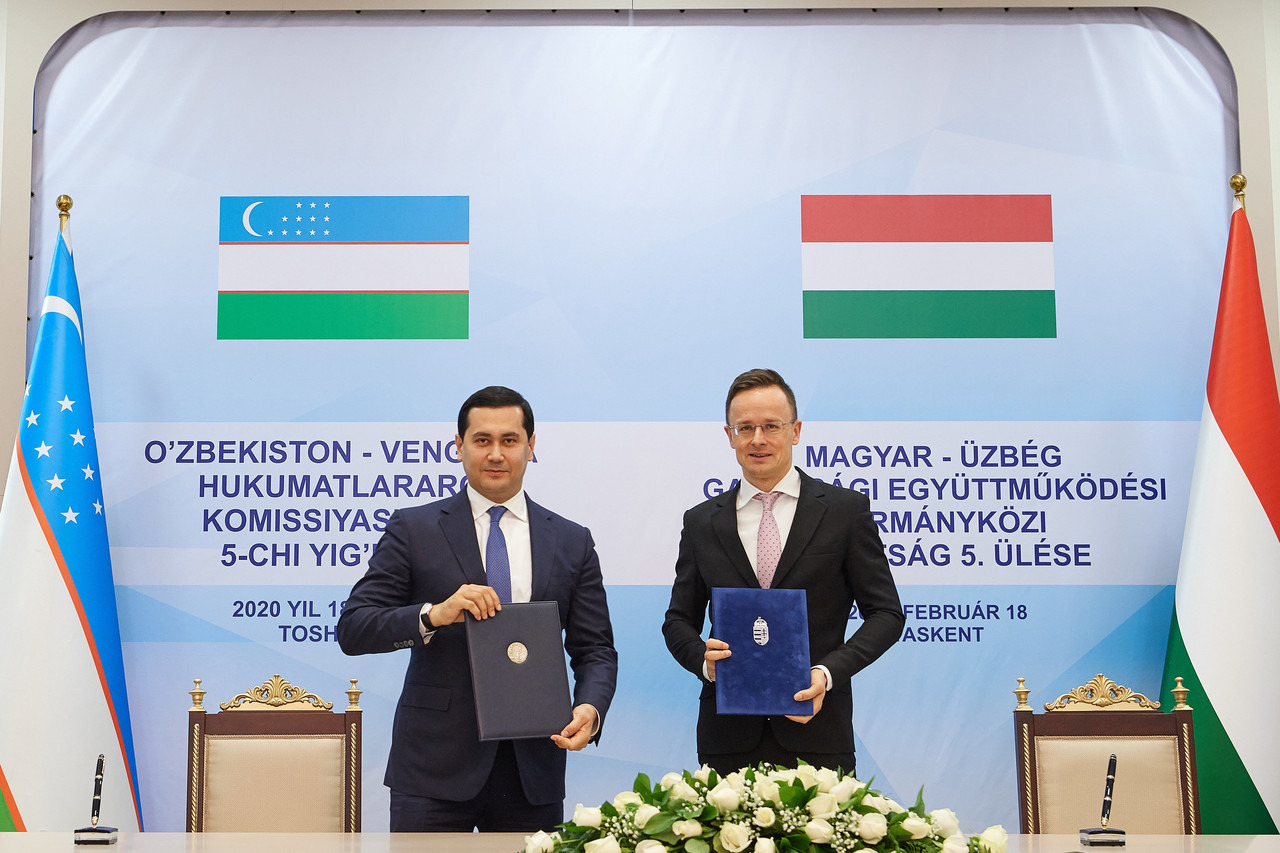