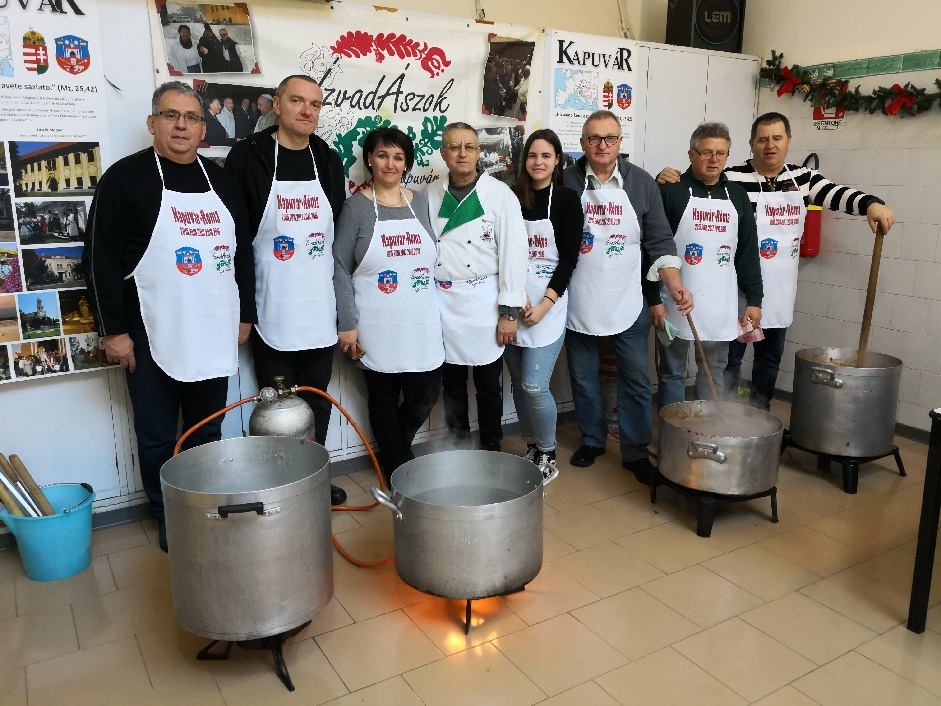 On Sunday (6th of January 2018), a group of Hungarian cooks have made some dishes to people in Rome, as a charity gift. All the dishes were for free, and mainly it was traditional Hungarian food, such as beef stew with egg barley, vitamin salad and some pickles.

The religious occasion was Twelfth-night, when the so called ’Taste hunter organisation’ (Ízvadászok Egyesület) prepared lunch for those needy for food at the shelters of Saint Giles Chatolic Community, reports szeretlekmagyarorszag.hu. After main dishes, the cooks from Kapuvár handed szaloncukor (Hungarian fondant, covered by chocolate), and some Túró rudi (Hungarian curd snack, covered by chocolate coating), which made people standing in zigzagging rows.

This was the fifth consecutive year that the Hungarian cooks have made holiday food for the poor, in Rome’s central district – Trastevere. The ’Taste hunter organisation’ from Kapuvár is helping the work of Saint Giles Chatolic Community work since 2015. It has become a tradition that the community cooks for those in need in Budapest each year’s 25th of December, and on Twelfth-night they cook for those in need in Rome. This year 350 Roman people tasted the Hungarian warm, tasty food.

László Magyar, leader of Taste hunter organisation told to Szeretlek Magyarország that all ingredients are from Hungary, more than 80 kgs of beef, 25 kgs of onion, 35 kgs of egg barley and 55 kgs of szaloncukor were cooked. They chose beef so that non-Catholics can consume from their food package, too.

„With respect in everybody, we try to cook something Hungarian every year.” – said László Magyar

Marco Sala, head of Roman Saint Giles Community claims – „This lunch represents our friendship with Hungary and also points out that happiness is a kind of bread that we ought to share with those poorer than us.” – the community celebrates its 50th anniversary.

Mayor of Kapuvár, György Hámori talked about love-cooking and that this charity movement was supported by not only by council, but local enterprises, organisations and private persons.