Another day, another Netflix show to dissect. This one is a little special, though, not only because it is loosely (very loosely) based on Sigmund Freud’s life, but also because of its ties to the Austro-Hungarian Empire and the subsequent fight for independence Hungary went through. It is a major part of the plot. Trust me.

I am going to try to keep the spoilers to a minimum because no one likes them, and I want you to decide for yourself how you like the series. The series starts while the struggle for independence is already underway and no one likes Hungarians in Austria. They are honestly enemy number one along with Jews. There is a confrontation between the main characters, that is, Sigmund Freud and Fleur Salome, who are, as they call themselves, a Jewish Charlatan and a Hungarian medium, over whose word carries more weight, and the answer is neither.

There is a heavy supernatural element to the whole thing, sort of like Stranger Things but tamer with no monsters or alternate realities. There is, however, murder and other sinister things going on around, so much so that the whole city reeks of something sinister as soon as night falls, which was the vision of the director, so kudos to that. It makes you a little scared, almost on edge as soon as night falls, wondering what secrets are hidden.

The show also gives a nod to the Hungarian folk story of Taltos with heavy speculation around the murder mystery, and Freud and Fleur try to figure the whole thing out with hypnosis and mediumship. However, Fleur does not know a lot about her family, apparently, as they seem to be at the thick of the whole thing.

Fleur is the ward of the Szapary family who were affluent in Freud’s Hungary as one of the revolutionaries who stood up to the Austrian regime and were dealt with accordingly. Fleur is under the care of the last remaining Szapary daughter and her husband and is used as almost a party trick most of the time to impress their guests. They do have ulterior motives, which we shall not mention because we are good people who do not give out spoilers.

Even though the landscaping is amazing and the story-line is engaging enough, Freud does not come without faults. It just seems that the show is too quick to villanise Hungarians who were rioting for independence, almost as if it were the obvious choice of the matter. The show also seems a bit unrealistic in the sense that Freud could not have been gallivanting solving murders and saving monarchs while simultaneously being addicted to cocaine and pumping out theories of modern psychology as we know it. I mean, calm down, he was only human. The show takes a lot of liberties and is more fiction than reality, but if you are missing some good Sherlock-like adventures in Pre-World War 2 Vienna, I would suggest giving this one a whirl. I mean, you are basically at home on Netflix anyway, so might as well.

A good thing to mention is that the show is originally in German, along with some bits that are in Hungarian, but it does come with English audio. However, I watched it in the original language with English subtitles, and it just hit differently, so if you want to, you can do that too. Just a tip. It is an 8-part series, with each episode about an hour or so long, with only one season, and if you start now, you might finish it by tonight. So go ahead. Happy Binging to you. 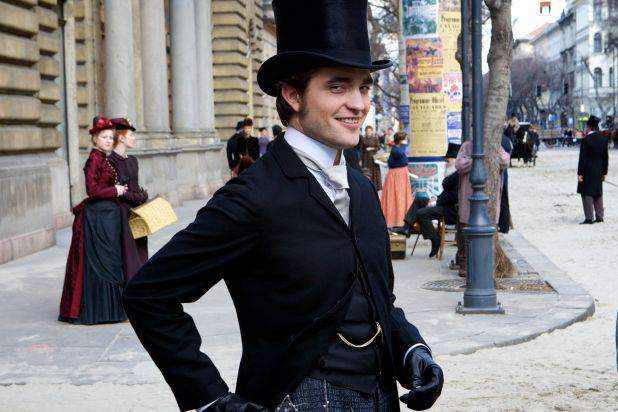 Read alsoFeeling bored while in quarantine? Here are some good Hungarian movies to watch! – Videos