Tbilisi, April 21 (MTI) – The good ties between Hungary and Georgia should be used to promote economic cooperation, Prime Minister Viktor Orbán said in Tbilisi on Friday.

Orbán spoke after talks with Giorgi Kvirikashvili, his Georgian counterpart, and said that despite “such good political ties” the two countries “cannot boast” of spectacular trade or investment figures. “We need to improve that,” he added. He said the goal was to “give an impetus” to economic and trade ties to “turn potential into reality”.

Hungary’s Eximbank has opened a pool of 90 million dollars to provide loans aimed at promoting further ties, Orbán said, adding that the initial fund could be increased if necessary. He also said that businessmen in the Hungarian delegation were primarily interested in opportunities in the areas of water management, waste water treatment, pharmaceuticals, agriculture, food processing and construction. 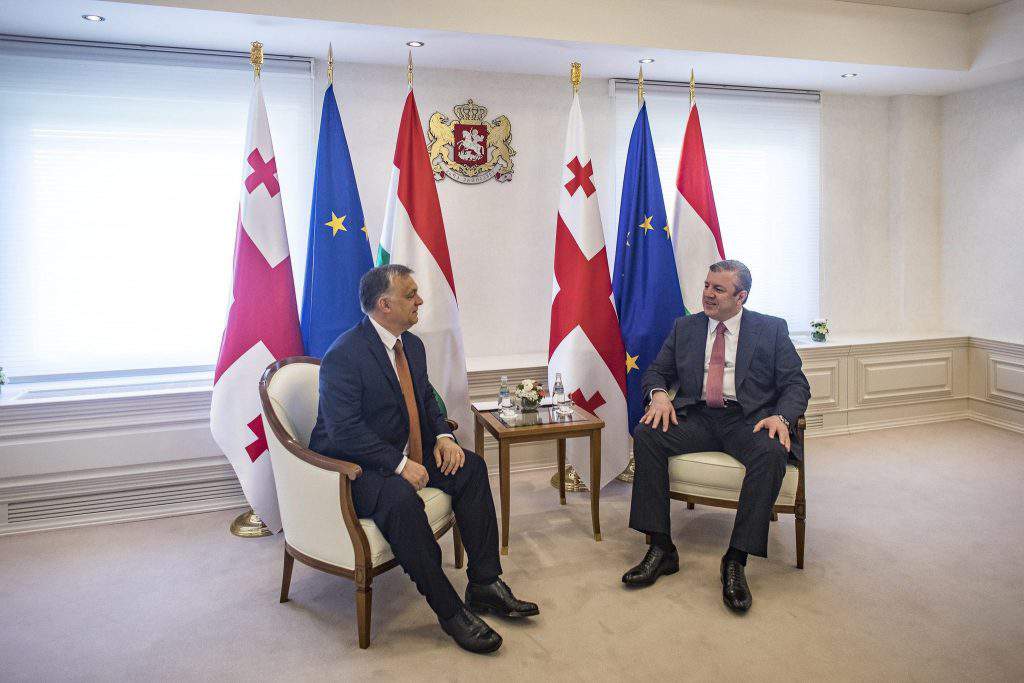 Hungary greatly appreciates Georgia’s “consistent foreign policy” and supports Georgia’s sovereignty and territorial integrity within the internationally recognised borders, he said. Hungary also supports that “frozen conflicts” should be settled through negotiations, Orbán added. He also noted Hungary’s support for Georgia’s endeavours in seeking a visa-free status with the European Union and for the country’s European integration. “The EU is not too enthusiastic about the idea of enlargement” but its new members “should maintain openness and support countries that want to join”, he said.

Orbán also said that the two countries had a similar position concerning cooperation with China, and added that he had extended an invitation to the Georgian government to attend as an observer the central Europe-China summit to be held in Hungary in September.

Kvirikashvili said in agreement that Hungary and Georgia have had good political relations and were aiming to expand business cooperation. He said Georgia appreciates Hungary’s support in the integration process, and added that the EU’s removing the visa requirement for Georgian citizens would provide a further incentive to building closer bilateral ties. 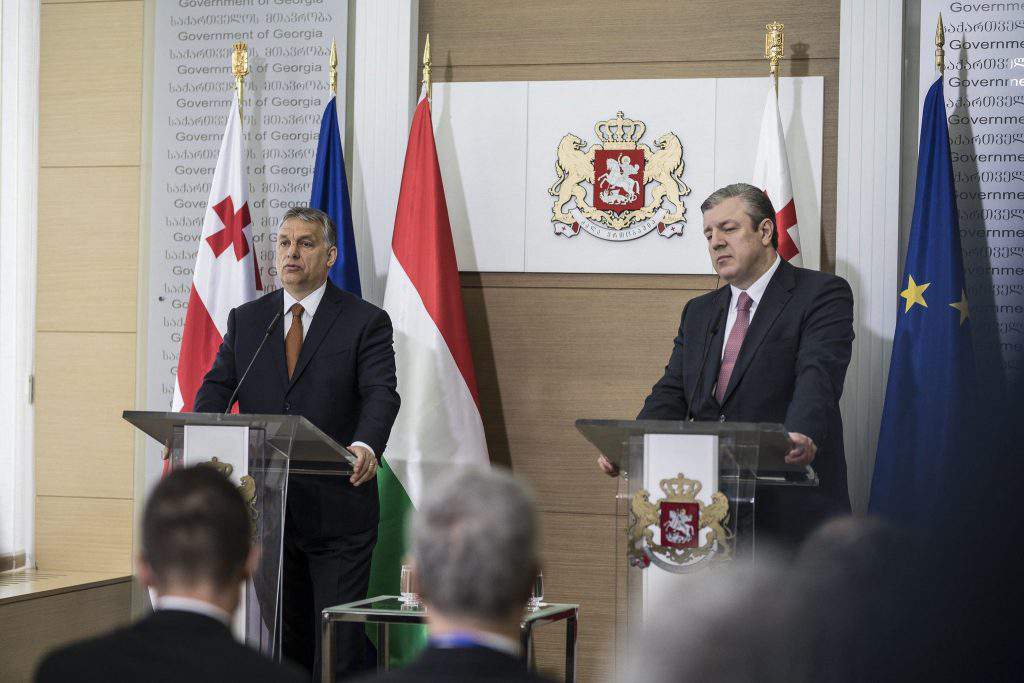 Concerning territories occupied by Russia, the Georgian prime minister said his country was committed to a peaceful settlement and noted that Hungary had a similar position.

Answering a question by the Associated Press on a different subject, Orbán said that there was “a lot of disinformation” surrounding the topic of Budapest’s Central European University. He insisted that the university’s operations were not in jeopardy and that the institution “will continue its operations properly”.

Supporters of Orbán and demonstration for CEU in Tbilisi 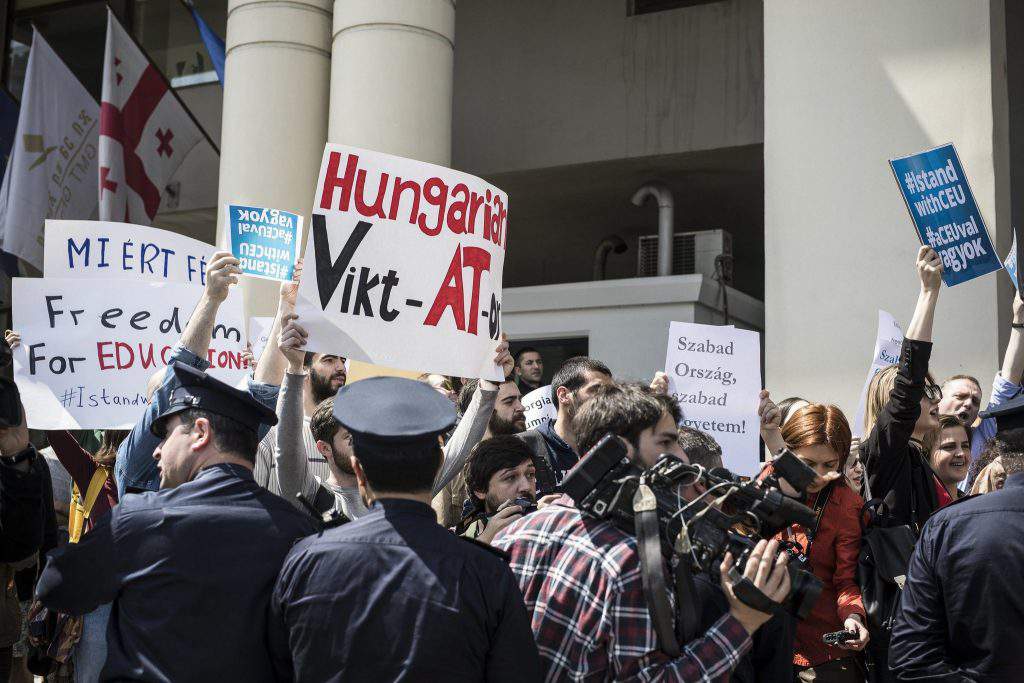 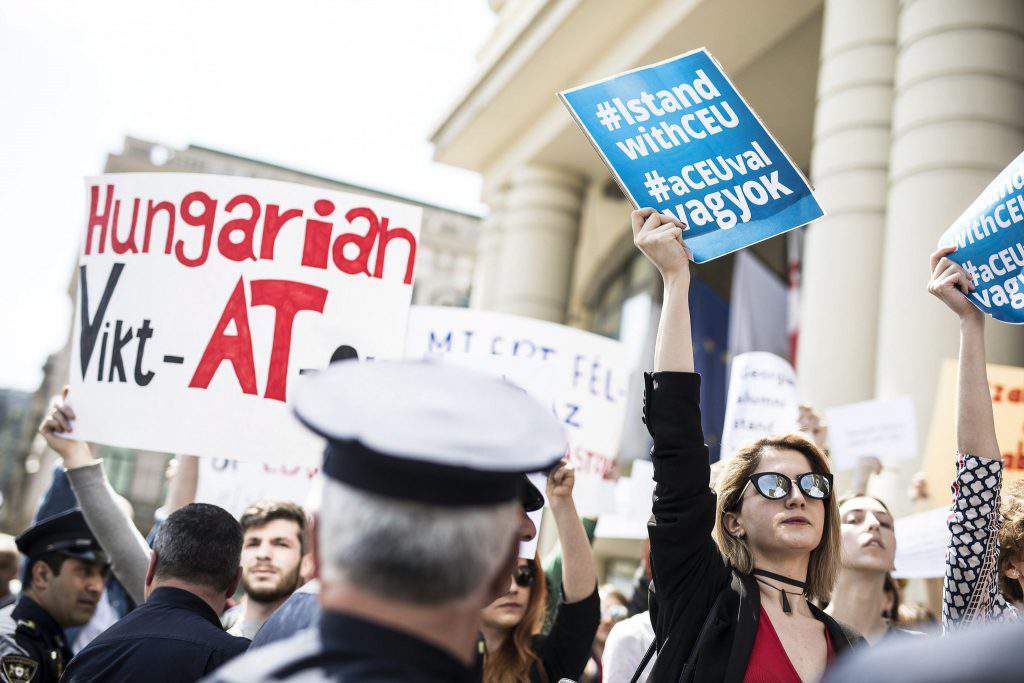 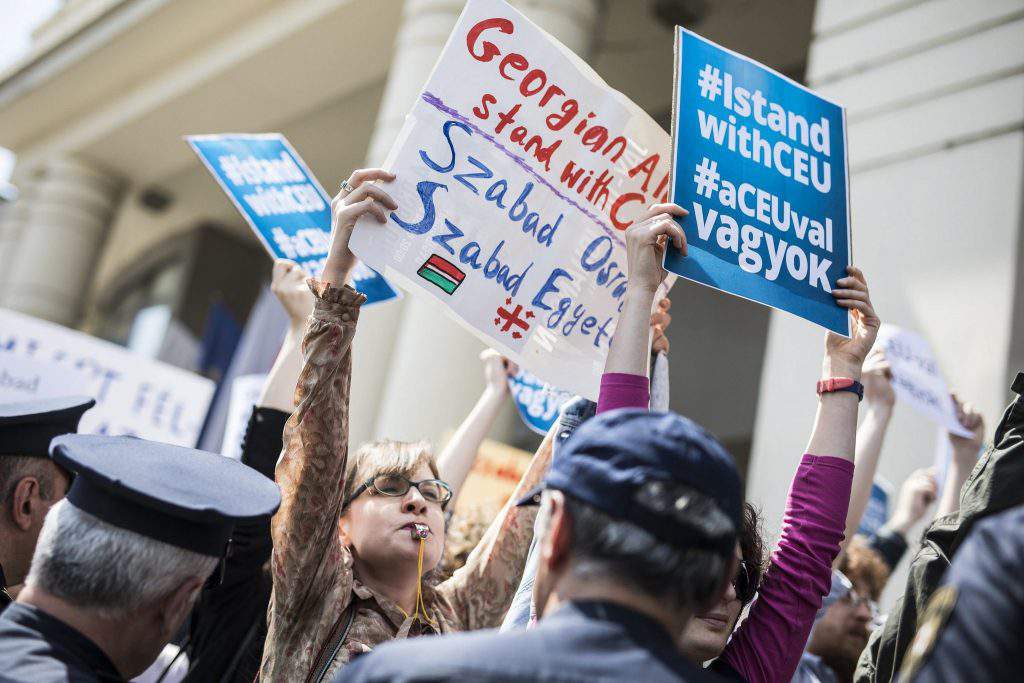 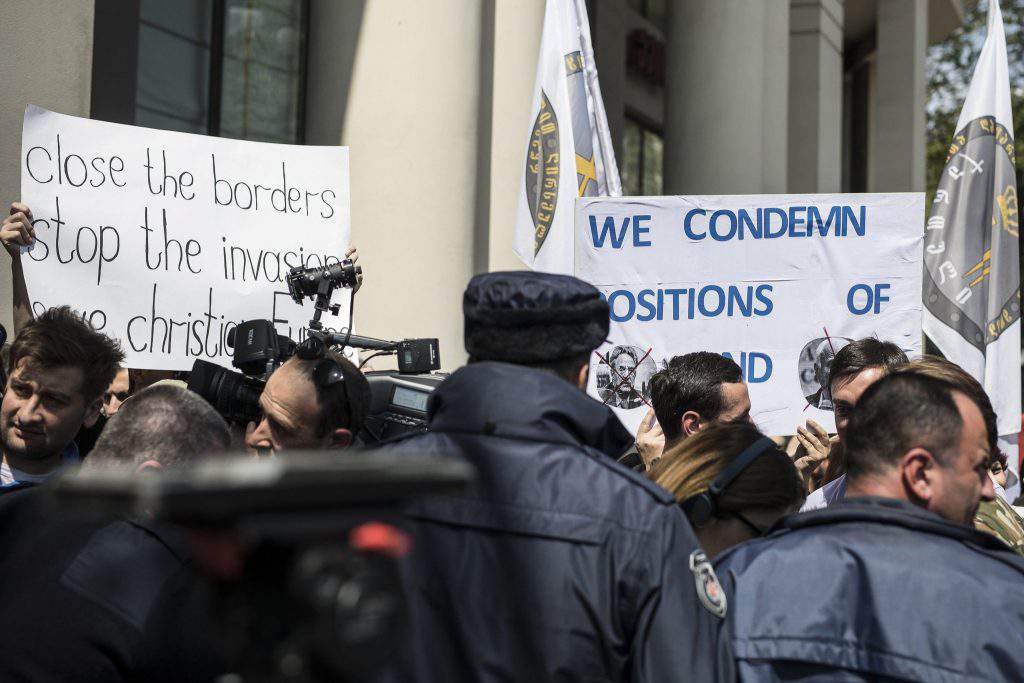 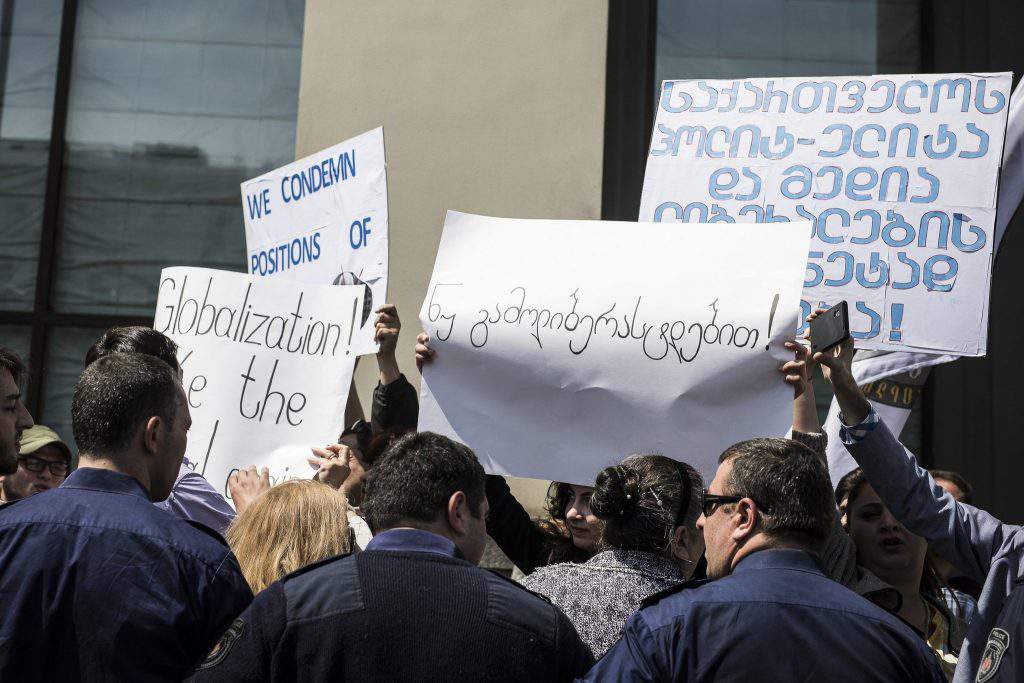 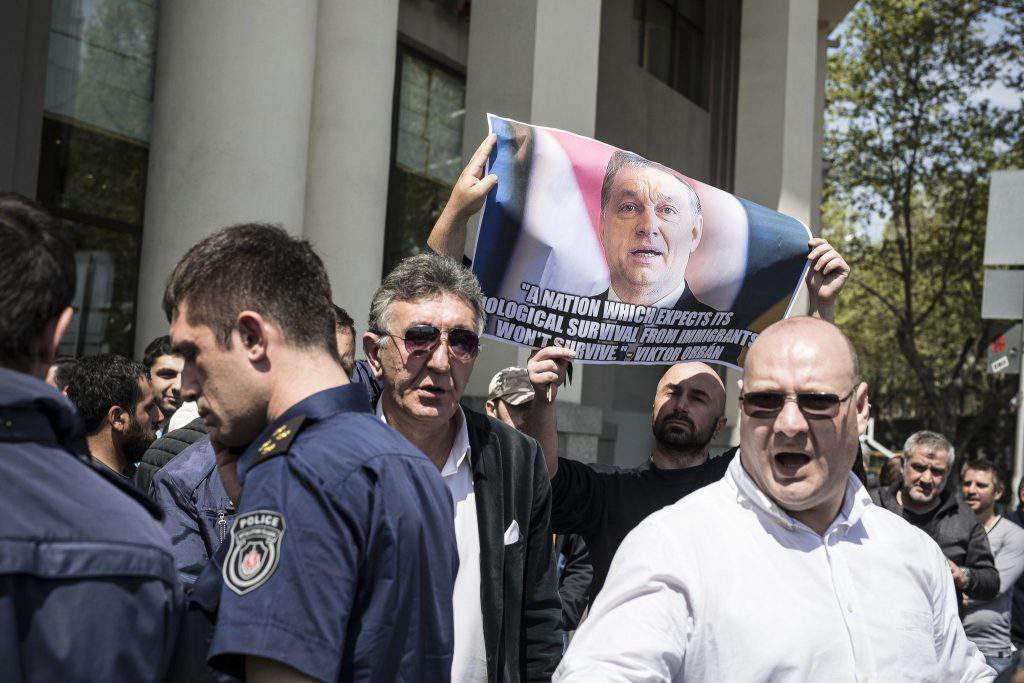 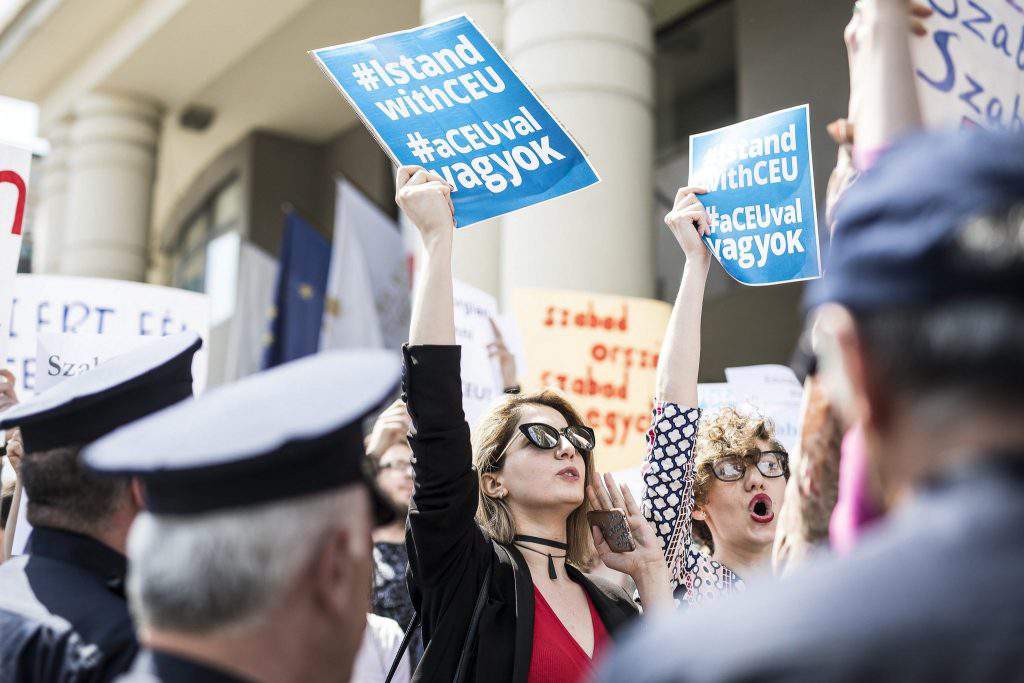