Hungary may seem like a small country, but it has a lot to offer. Some would never imagine how beautiful national parks, mountains, and lakes there are in this fantastic country, without seeing them with their own eyes. Some would never believe how rich the Hungarian cultural traditions are without experiencing it personally. Notably, countless wonderful people are either Hungarians or have Hungarian origins. In this article, we report on a today ordinary object that is unbelievably necessary for some people’s everyday life. Read along to explore the exciting story of the great Hungarian invention: the soft contact lens.

The need for improving sight

Cicero was told to complain about how embarrassing it was for him not to be able to read. He had to make his servants read the texts out loud for him. Nero, the last Roman emperor of the Julio-Claudian dynasty, had to watch the gladiator games through a smaragdine. It has always been an important aspect of the human race to improve its living conditions. Because seeing is one of our most important senses, it has always been essential to take not only good care of it but also to advance it. This is from where our saying “to guard it like one’s eyesight” originated.

The evolution of glasses

Archaeologists found one of the first magnifying devices in the long-ago Arab Empire around 1000 B.C. However, after there instruments, it had been a long time to create the first pair of glasses, not to mention the much more sophisticated contact lens.

First, Italian monks created a device that contained two half-moon-shaped, polished pieces of glass in the 13th century. Then, glasses, as we know them today, were born in the even today world-famous Murano Glass Factory. However, those first glasses that looked like the pairs nowadays were born around the 15th century and had to take a long journey. 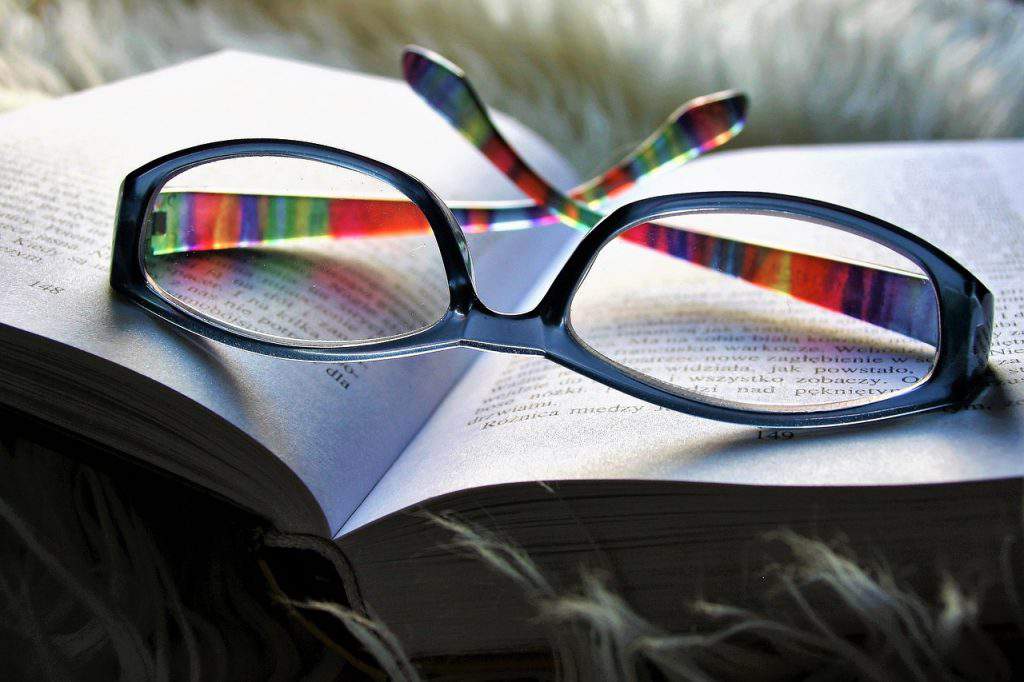 Leonardo da Vinci is said to be the first who came up with the brilliant idea in 1508 to create a lens that can be placed directly onto the eyes to improve sight. Then, others came up with concepts such as Descartes. Thomas Young was the very first person who created a device to improve his eyesight in 1801. It was a five-millimetres-wide metal tube filled with water. Sir John Frederick William Herschel developed Young’s idea and called it already ‘contact lens’. The first successful contact lens was made according to Adolf Fick’s plans. It corrected the sigh of August Miller, who had a minus 14 dioptres. Despite the scientists’ success, complications arose in connection with the glass contact lenses. It was easy to break them; they blocked the oxygen from the cornea causing infection for instance. Therefore, a much bigger breakthrough was needed.

Hungarian eye specialist Dr József Dallos introduced a unique method: he used eye prints to personalise contact lenses. Moreover, Dr István Győrffy created a contact lens in 1939 out of plastic (polymethyl methacrylate, also called PMMA, to be exact). This type of contact lens was softer, easier to get used to, and was a more hygienic solution. Sadly, the news of this invention did not spread fast enough due to the second World War. Furthermore, Olbring invented a similar lens in America, and most of the people connect the method only with his name, unfortunately. However, the Hungarians doctors played a crucial role in the contact lenses’ development, and Hungary can be proud of them.

Are you also interested in other inventions and accomplishments? We have good news for you because Daily News Hungary has already reported about such topics. This article shows those Hungarian inventions that can revolutionise healthcare. Additionally, the new Hungarian Healthwatch can save one’s life. Here, you can read about the success of the Hungarian University of Szeged, where a professor developed a brain defibrillator that can stop epileptic attacks. Finally, this article reports about how healthy the Hungarians feel.