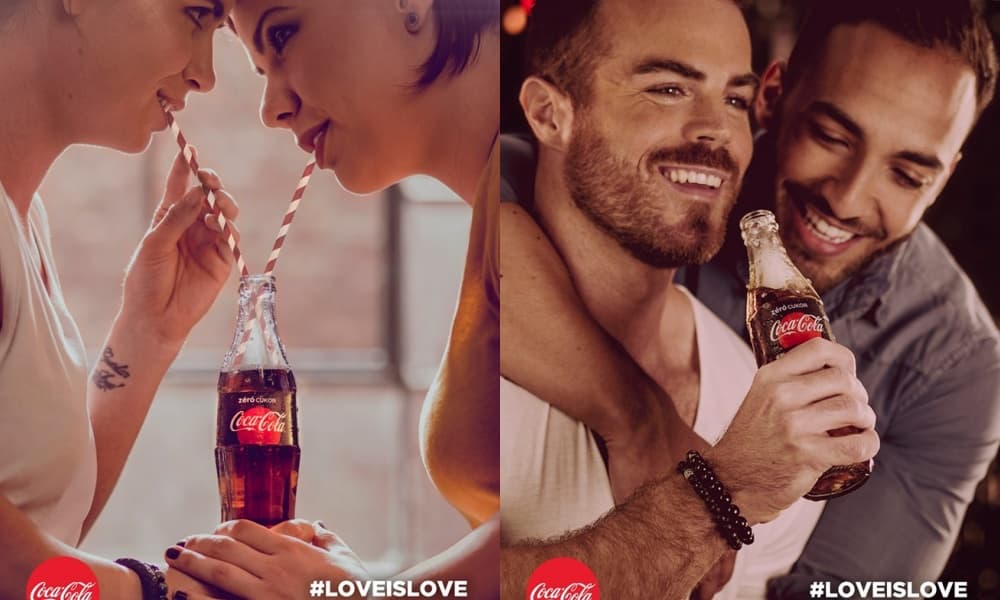 Every major news site in Europe is writing about the homophobe Hungarian politician’s ridiculous boycott of Coca-Cola for putting up posters with a lesbian and a gay couple enjoying their drinks in peace.

We reported earlier on the outrage that was stirred up among anti-LGBTQ people by a few Coca-Cola posters that have been put up in Hungarian subways promoting the acceptance of same-sex relationships. Coca Cola’s #LOVEISLOVE campaign features a lesbian and a gay couple on the posters, which were put up in the last couple of days in Budapest.

Fidesz’s deputy speaker István Boldog took things to the next level when he called for a boycott of Coca-Cola products. He labelled this a “provocative” campaign, and he said that he would not drink any Coca-Coca products until the posters are taken down. International media was all over the news very quickly. Every major website in Europe is writing about how Coca-Cola sparked anti-gay fury in Hungary, Hvg reports.

The news spread like wildfire, and almost no major website could refuse to write about the boycott of Coca-Cola ads in Hungary. Sites including the Guardian, Bloomberg, Yahoo News, Reuters, Aljazeera, CNN and NBC News all reported about the pro-LGBTQ ads and the pure anti-LGBTQ thoughts it provoked.

First, Pesti Srácok wrote about how “Budapest is being conquered by the homosexual lobby” on Friday. Fidesz’s deputy speaker István Boldog also called for a boycott of Coca-Cola products during what he labelled a “provocative” campaign. Unfortunately, this is not the first time that members of the Fidesz party say outrageously provocative things about same-sex relationships.

“That has irked some supporters of Viktor Orban’s nationalist Fidesz party, which supports a prohibition of same-sex marriage. On Sunday, Fidesz’s deputy speaker Istvan Boldog called for a boycott of Coca-Cola products during its “provocative” campaign. But with gay acceptance rising among Hungarians, it was unclear if his call would gain traction. Right-wing news portals echoed his antipathy.”

“Prime Minister Viktor Orbán’s cabinet has been promoting what he calls “illiberal values,” focused on the traditional family model. Citing a need to bolster the country’s faltering demographics, authorities have also kept a ban on marriage or adoption by same-sex couples.”