Budapest, March 21 (MTI) – Hungary continues to have a flagship role in cooperation between China and central Europe, Foreign Minister Péter Szijjártó said on Monday after a meeting of the Hungarian-Chinese economic mixed committee.

It was agreed at the meeting that talks would be started on exporting poultry and dairy products to China. It is necessary to find new markets for Hungarian dairy products in order to maintain the sector’s development, Szijjártó said. 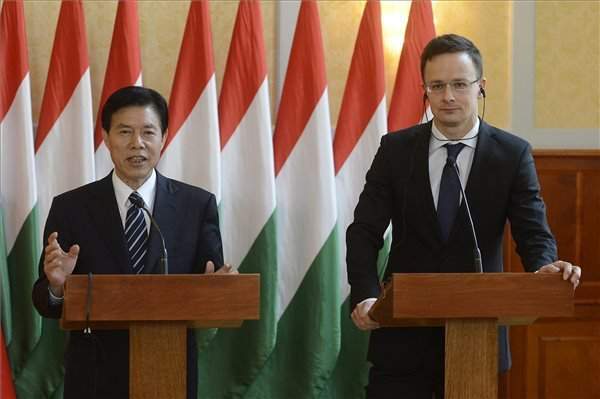 Commenting on the planned modernisation of the Budapest-Belgrade rail link, he said it is in the interest of central Europe and the Western Balkans, and also fits well in the Chinese Silk Road scheme. The Hungarian government has submitted to the European Commission an intergovernmental agreement on construction with an appendix on acquisitions and will present a related bill to parliament this week. China’s Eximbank officials will arrive in Hungary in early April and present a credit financing proposal to the economy ministry, he said. Some 85 percent of the project is planned to be financed from Chinese credit, he added.

Szijjártó said that more than 125,000 Chinese tourists visited Hungary last year, nearly 40 percent more than in the previous year. Direct flights between the Hungarian and Chinese capitals started last May and visa issuance procedures have been speeded up, he added.

Eximbank has signed an agreement with the Chinese Development Bank to continue financing Chinese investments to Hungary, he said.

China’s deputy minister of trade Zhong Shan said both countries can be proud of Chinese investment in Hungary exceeding 3 billion dollars, the largest in central Europe, last year and the high level of trade. China has always considered Hungary one of its major strategic partners in Europe, he added. Hungary has many competitive products, especially in agriculture and innovative goods, and the Chinese government is keen to see more Hungarian products in the Chinese market, he said. 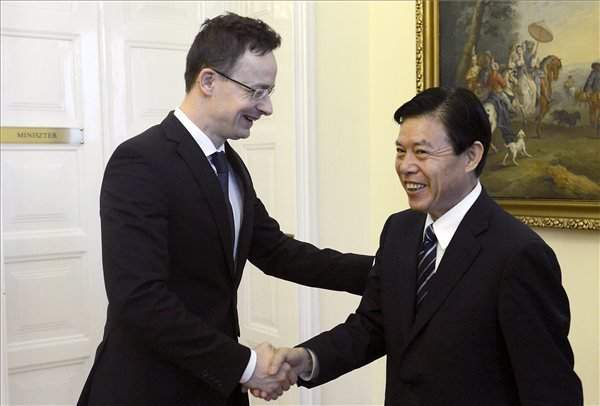