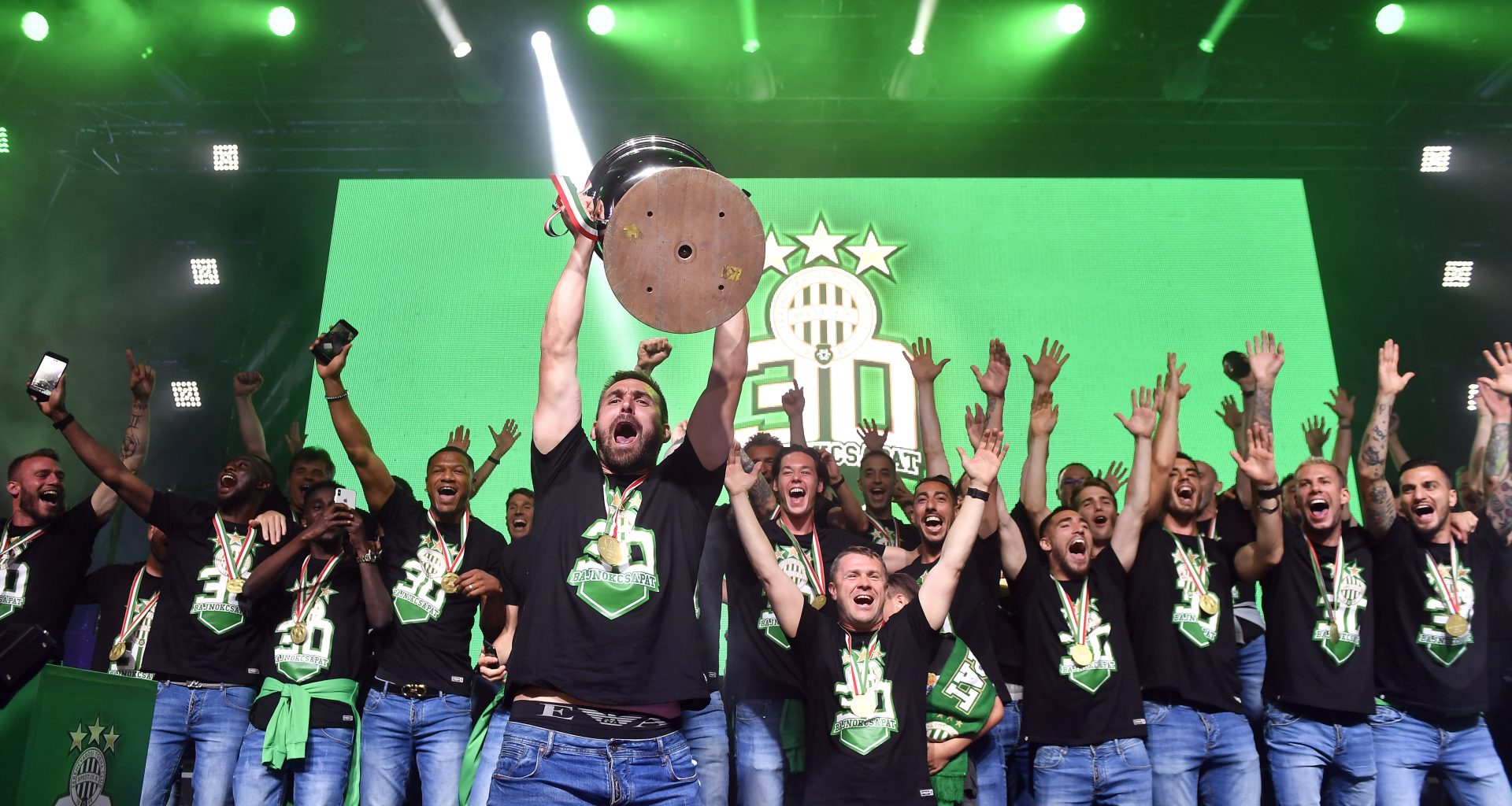 Debrecen defeated Paks 4-1 to secure 3rd place in the 2018/19 OTP Bank Liga and with it, a place in the Europa League qualifying rounds in July. Joining them will be Honvéd, whose 4-1 victory over city rivals MTK saw them leapfrog Újpest into fourth place and condemned MTK to second division football next season.

Arguably the biggest match in the final round of the season saw two of the big Budapest clubs meet at the Új Hidegkuti Nándor Stadion, hosts MTK needing to win and hope other results also went their way, and visitors Honvéd requiring a victory – and hoping that either Debrecen or Újpest might slip up – in order to secure European football next season.

Filip Holender – one of the revelations of the season and level with Davide Lanzafame at the top of the scoring charts – gave Attila Supka’s side a 20th minute lead, firing low past László Horváth after being sent clear by Dániel Gazdag. MTK were level within a minute though, László Lencse getting the break of the ball inside the box, and, finding himself in front of Dávid Gróf, fired high into the net, the match finely poised as the teams went in 1-1 at the break.

Gróf did well to claw a fine long-range István Bognár effort away for a corner just after the restart, but the complexion of the match would change in the 47th minute, MTK’s captain József Kanta being sent off for a second yellow card.

Within minutes, Honvéd were ahead again, Djordje Kamber volleying home from a Toni Kukoč corner. Danilo squandered a chance to make it three before Kamber cleared a Ulysse Diallo effort off the line, but any hope MTK had of salvaging something from the match evaporated when Lencse fired a penalty over the bar after 63 minutes. Substitute David N’Gog made sure of the result, tucking home after being set up by Mohamed Mezghrani in the 75th minute, and then converting a pass from Bence Banó-Szabó in injury time to complete the scoring.

Debrecen came into the final round of matches knowing their fate was in their own hands: defeat Paks, and European football next season was theirs. Márk Szécsi sent them on their way, the striker firing home in the 18th minute after being teed-up by János Ferenczi. Loki doubled their lead five minutes later through an Ádám Bódi free-kick, and although Benjámin Cseke quickly reduced the deficit, Szécsi restored the home-side’s two goal lead in the 33rd minute. A penalty from Dániel Tőzsér completed the rout in the 57th minute as Debrecen ensured there was no slip-up, as they qualified or the Europa League qualifiers for the first time in three seasons.

Újpest, level on points with Debrecen, faced a tricky-looking match away to relegation-threatened Diósgyőr, and from the off it was clear what was at stake with both sides appearing nervy and snatching at any chances which came their way. Újpest had looked the more dangerous, but it was Diósgyőr who broke the deadlock, Mátyás Tajti firing in a fine free kick in the 33rd minute.

Barnabás Rácz almost levelled for the Budapest side in the 56th minute, his overhead effort coming off the crossbar, but with Theohpilus Solomon sent off in the 79th minute for Újpest, two late Diósgyőr goals put the result beyond doubt. Firstly, Kristóf Korbély drilled a shot past Dávid Banai in the 82nd minute after the keeper had thwarted Prosser, and then, a strike from Florent Hasani in injury time ensured that Diósgyőr remain in the top-flight, as Újpest miss out on a European place in the last round of fixtures.

Kisvárda were another side in danger of relegation, but two goals from Greek midfielder Stavros Tsoukalas – one in each half – were enough to secure the three points against mid-table Mezőkövesd even if although the visitors grabbed a late consolation goal through half-time substitute Filip Dragóner.

Two matches in round 33 were of little importance in terms of league placings, champions Ferencváros travelling to already-safe Puskás Akadémia and runners-up Vidi travelling to already-relegated Haladás. There was little in the way of goalmouth action during a scoreless first half in Felcsút, and although Zsolt Nagy fired Puskás Akadémia ahead in the 52nd minute, Fradi were level eight minutes later as Davide Lanzafame scored from the rebound after his spot-kick – awarded for a foul on Fernando Gorriarán – had been saved by Lajos Hegedüs.

The script was similar in Szombathely. Goalless at half-time, the hosts took a second half lead – Ferencváros loanee Tamás Priskin the scorer – before the visitors equalised, an own goal from Haladás’ Milán Németh following a Szabolcs Huszti corner.

After 11 years, Haladás were relegated to the second tier of Hungarian football