Hungarian footballers currently making us proud in the UK

Over the last few years there have been many different Hungarian players pulling their trade in British football. The names that instantly spring to mind are the likes of Zoltán Gera, Ádám Bogdán and Gábor Király. They have all played in the Premier League within the last 10 years.

Gera notably played for West Bromwich Albion and Fulham, Bogdan for Liverpool and Bolton Wanderers and Kiraly for Crystal Palace and Aston Villa. Gera is the top scoring player from Hungary in the history of English football – the tricky winger netted 17 times in 172 appearances in the Premier League. István Kozma was the first player from Hungary to play in the Premier League as he first featured for Liverpool in September 1992. There was almost a 12 year wait for the first Hungarian to score in the Premier League though, Gera accomplished that feat in August 2004. Despite these statistics, no Hungarian has played in England’s top flight since Bogdan in 2016.

There are four players from Hungary who do play in the UK though, shall we take a look who?

Ádám Nagy is currently playing for Bristol City (sponsored by Dunder Casino – see full review of them here at CasinoRange) in the Championship. Nagy started his career with Hungarian giants Ferencváros before completing a move over to Italian side Bologna in a £2.5 million deal back in 2016. During his time in his homeland, Nagy won a league title, a League Cup, a Super Cup and two Magyar Kupas. The energetic midfielder spent three seasons in Italy prior to joining Bristol City in 2019. 2019-20 was a mixed season for both Bristol City and Nagy. The now 25-year-old made 23 appearances in his debut season in English football, scoring one goal. His goal came against Queens Park Rangers in just his second appearance for the Robins.

Nagy has played for the Hungary national team at both youth and senior level. He played seven times for the U20s and once for the U21s. He was part of the squad that went to Euro 2016 and made two appearances at the tournament in France.

Nagy scored his first goal for his country against Finland in Groupama Arena in Budapest.

This goal came in a group game in the Nations League but was not enough to earn Hungary the win as the game finished 3-3. Hungary did enough in that campaign to gain promotion from League C into League B though as they finished runners up to Finland in the group.

Dániel Gyollai is a talented young goalkeeper who has spent time playing with three different clubs in England.

Gyollai currently is at Peterborough United after joining Posh this summer from Wigan Athletic. The 23-year-old is actually yet to make a senior league appearance in his career but has drawn lots of praise for his performances in the Premier League 2 (youth league) whilst he was at Stoke City.

Gyollai joined Stoke back in 2013 after graduating from the Hungarian Football Academy. The towering shot stopper has played for Hungary’s U17s, U18s, U19s and U21s. He made his competitive debut in English football for Peterborough in an EFL Trophy match against Burton Albion. The match finished 3-3 but Goyllai saved a penalty in the shootout to help Posh earn the win.

Dániel Csóka is another talented young Hungarian who is playing his football in England. Csoka is just 20 years old although you would not have guessed it judging from the quality he has brought to the Dons’ backline. Csóka only joined Wimbledon in summer 2020 but he has quickly established himself to be one of the first names on the team sheet. Csóka began his career in England at Wolverhampton Wanderers. He was unable to make a way into Wolves’ first team but he did play plenty of matches for them at youth level.

Whilst at Wolves, Csóka had two loan spells in Slovakia. He temporarily played for DAC 1904 Dunajska Streda and STK 1914 Samorin. When he was at DAC he even managed to finish runner up in the Slovakian Super Liga. Csoka is yet to feature internationally for Hungary but if his reputation continues to grow then that could change very quickly. It would not be a surprise to see him move to a bigger club than Wimbledon if he can keep up his good defensive form.

Bálint Demus is an 18-year-old goalkeeper who currently plays in Scottish League One with Cove Rangers. Cove are a big spending club with ambitions of reaching the Premiership. They won the League Two title last season and look poised to do very well after their promotion. Demus is actually yet to play a game for Cove so it is hard to say how good he is as a player. One thing is for sure though, Cove would have not poised to sign him if he did not have any talent. They are a big spending club and demand success, so they would not sign him if he did not have a part to play. 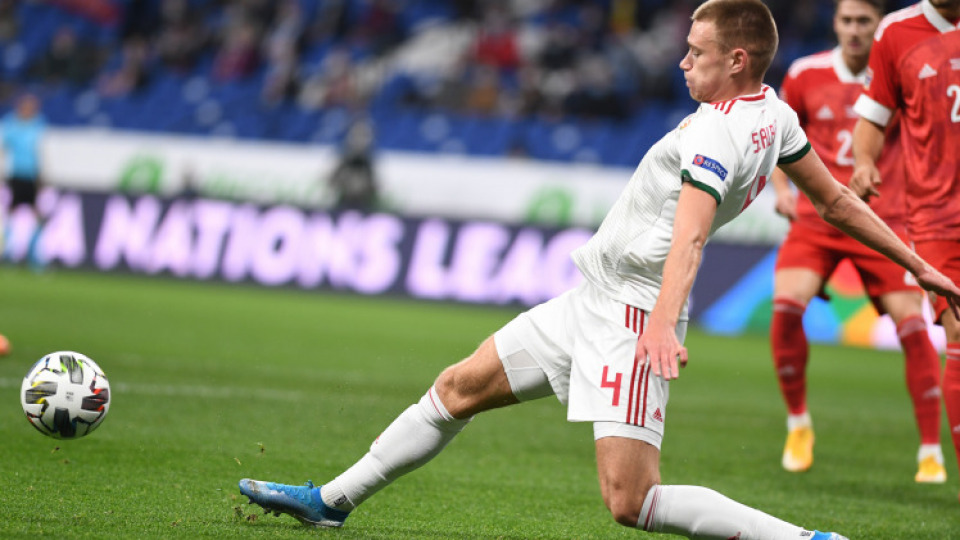