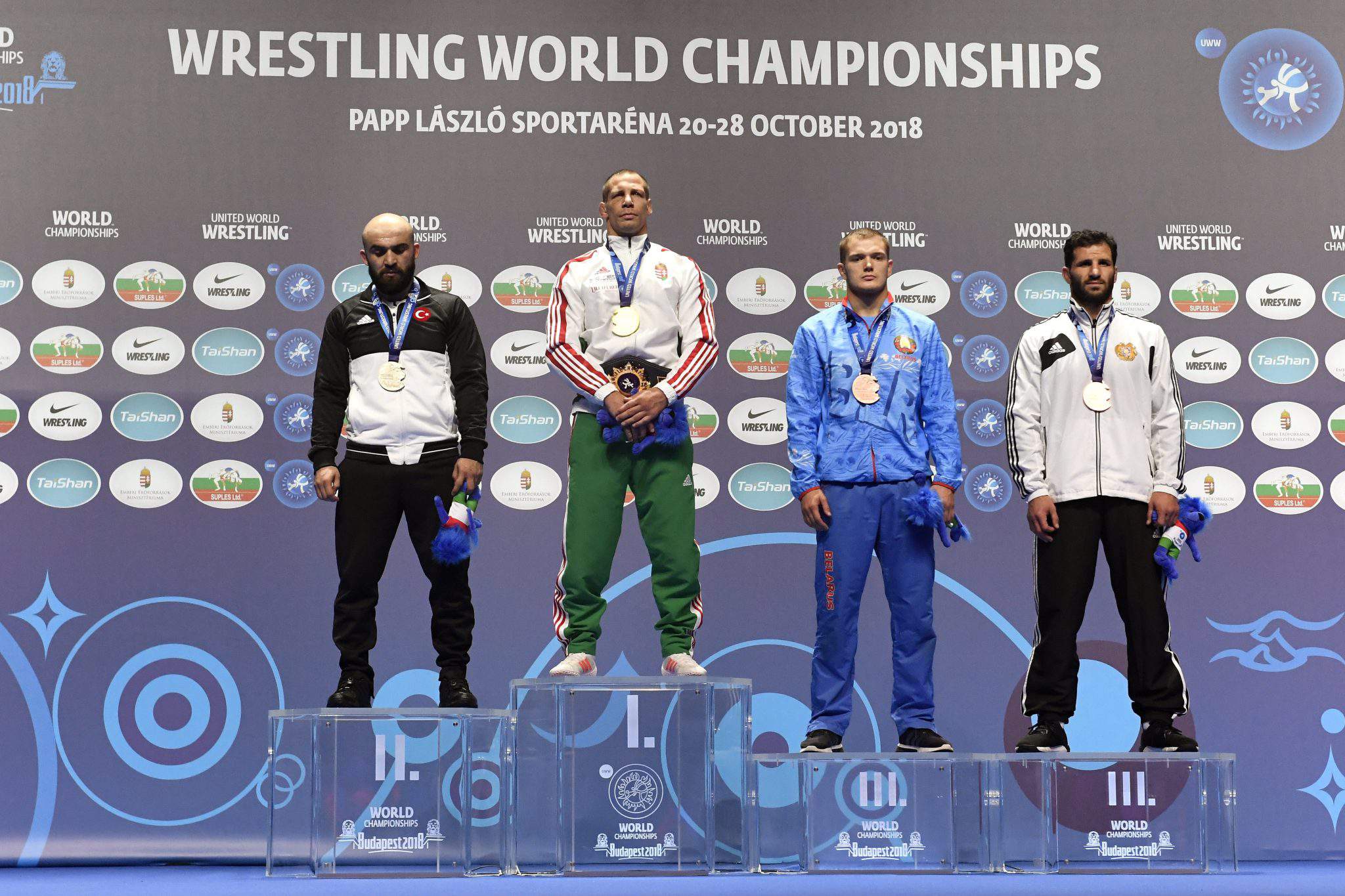 The biggest wrestling event began in Budapest on the 20th October – said Nenad Lalovics, President of the UWW, concerning this year’s championships. Nenad was positive that he would have a reason to congratulate the Hungarian organisers.

On Wednesday’s press conference, Szilárd Németh supported the words of Lalovics with numbers, stating that 860 wrestlers applied from 114 countries, which is unprecedented in the history of the sport. 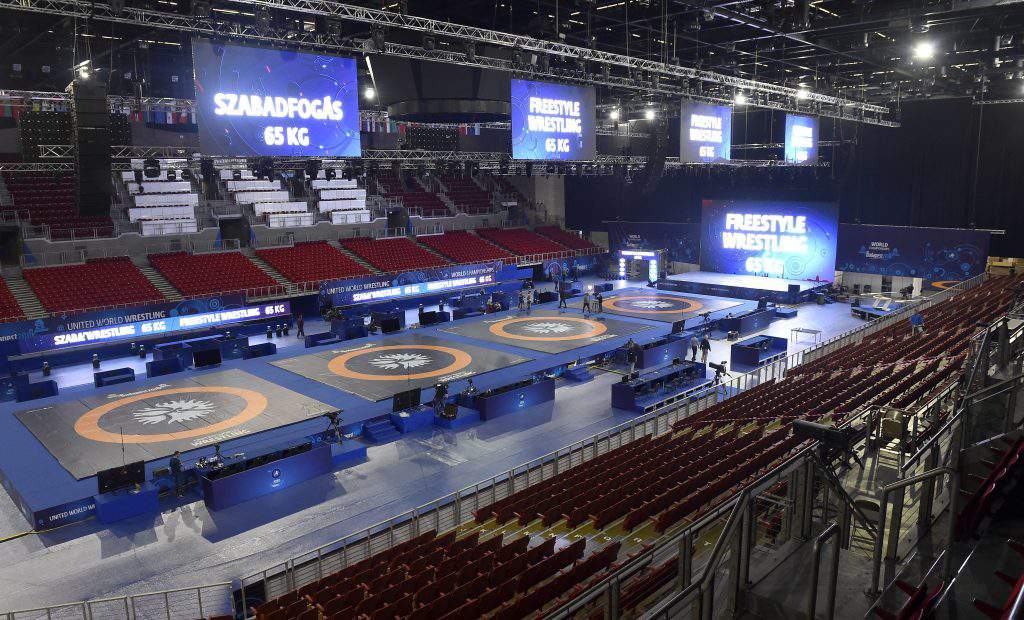 Balázs Fürjes noted that the Papp László Sports Arena was opened 15 years ago, and that the World Wrestling Championships is a great way to celebrate the anniversary.

Nenad Lalovics, President of the United World Wrestling thanks Budapest for the superior organisation of the 2018 World Wrestling Championship, and he highlighted that Hungarians organised the best event in the history of the sport. 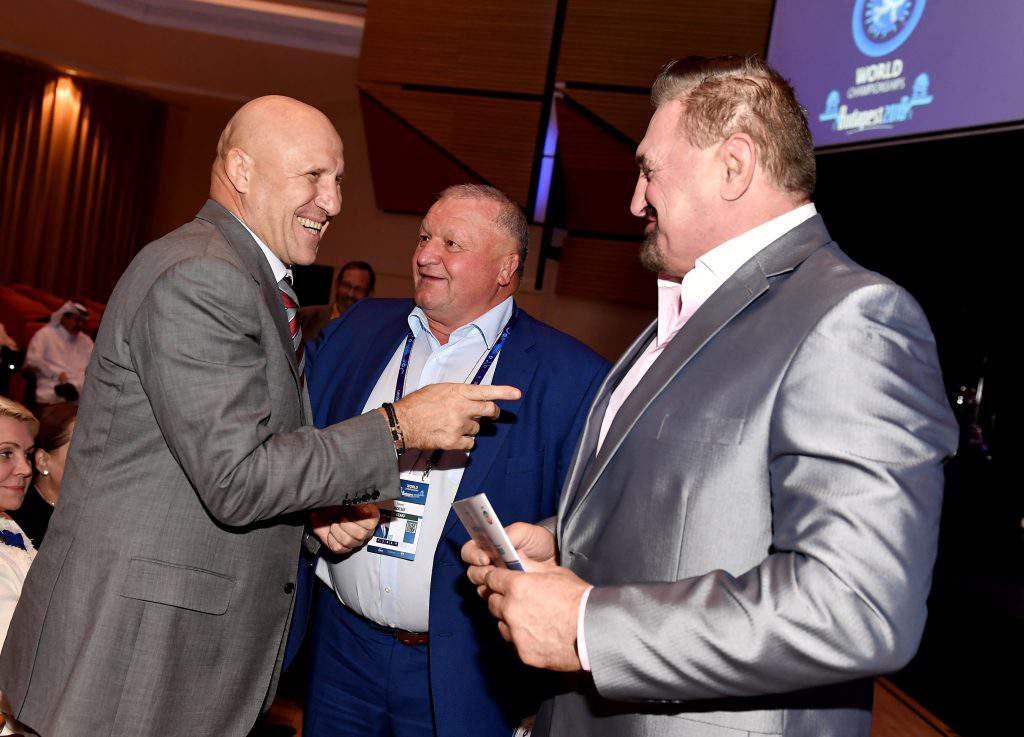 “The last day was worthy to the previous eight. It was a fantastic world championship, and our beloved sport continued its way on the planned development. I am extremely pleased, as we are going in the right direction and the Hungarian organisers gave rise to an exquisite event. The tournament was exhausting, but not only for the athletes and the federation’s staff but also for everybody who participated. I can only be thankful for their persistence, and I am delighted that none of the referees made any mistake. Excellent, precise and one of the best organisation I ever experienced.” -said Nenad

According to 24.hu, Péter even surprised himself, because from losing 0-3, he managed to gain a second wind and turned the match around. Péter Bácsi won the title of World Champion for the second time. He won the World Championship organised in Hungary in László Papp Sports Arena in the 82 kg Greco-roman category.

“I have no idea where I drew my power from, but it was impossible to lose in front of such an audience. In my first three matches I was unable to make an action successfully, but now, and in the semi-finals, where it really mattered, things worked out. It was like a dream come true that I was able to celebrate with my family and loved ones” – said Bácsi.

Bácsi, FTC’s 35-year-old wrestler could not participate in the 2013 World Championships in Budapest, because of his knee injury. He was hoping that he could play in Hungary, but he knew, that he must wait more until Hungary receives the right for organising the event again. He said that it is incomprehensible, that five years later, life gave him the possibility to make his dream come true and with his gold, he surely lived with this opportunity.

Right now, he does not want to think about his future.

András Sike team coach – who is the trainer of now world champion and twice European champion Péter since his young days – said that this could be the perfect farewell, but he added that it is Péter, who ultimately makes the decision, and if Bácsi wants to continue, he will not dissuade him from it. Even if he said that before; if it were not for the World Championship being organised in Budapest, Péter would have probably finished his career after the Olympics in Rio already.

Tamás Lőrincz secured the Hungarian team’s fourth medal. He received a silver medal against the Russian Csehirkin, who defeated him 3-1 in the 77 kg Greco-roman category.

According to 444.hu, both wrestlers started the finals with a fast pace, but neither found grip in the standing fight. After one and a half minutes, the judges found Lőrincz more active and they signed the Russian. Lőrincz tried to take Csehirkin down, but he immediately stood up and hit Tamás in the face with his elbow. András Sike asked for ‘challenge’, but the judges did not give it to him. The combat went on, although at a much slower pace.

“I was in a very good condition; I thought that I could perform an action from below. He hit me with his elbow so hard that I think my cheekbone is broken, and then nothing. I stayed there in spirit, but I should have done the action. This might have been my last chance of achieving something big, but I was unable to pass the gate. I have many silver medals; I really wanted to become a world champion before the eyes of the Hungarian audience. Unfortunately, my rival didn’t tire out enough, and he won in the last minute.” – said Tamás Lőrincz.

Lőrincz won the European Championships three times and he has a silver medal from the Olympics.

As MTI reports, Bálint Korpási was able to stand on the podium on the World Wrestling Championship as he achieved second place in the 72 kg Greco-roman category.

Bálint Korpási dissolved in tears after losing his final match and said: “just a little was needed, but I needed it severely”.

“We know each other quite well. He performed what I should have. I am very sorry that I failed. – said Bálint, who was world champion in 2016.

Frank Stäbler as a sign of good sportsmanship hugged his rival and said to Bálint and the camera, that it had been a great game and that Korpási is a real champion.

Although Bálint Korpási is disappointed in not winning the gold medal, we should be very proud of him, because his performance was incredible, and he does not only add to the reputation of Hungary but the whole region.

The 31-year-old Bálint Korpási elaborated on his future, that “it is not a farewell”, but he cannot think in going to the Olympics, because the category he is in is not part of the Olympics Program. He added that he would not lose weight, and there are two major contenders one category up. 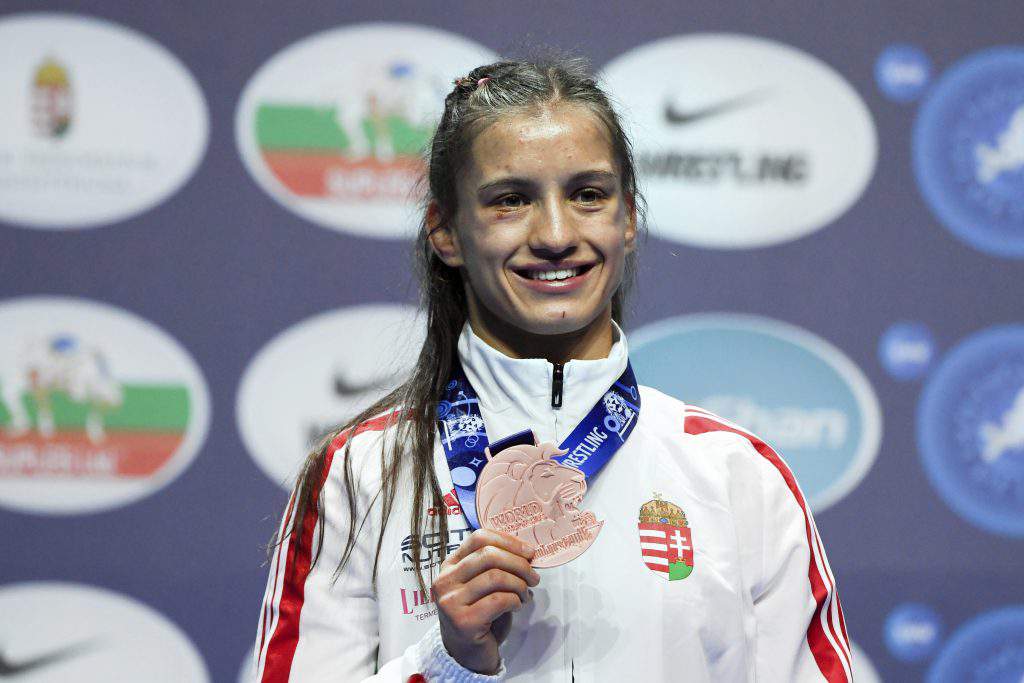 Emese Baka’s bronze is the first Hungarian medal of the World Wrestling Championship.

According to blikk.hu, Emese is a bit disappointed because of the missed opportunities in the semi-finals, but overall satisfied with her third place of the World Wrestling Championship in Budapest in the 57kg women’s category.

“I did not feel tired. It was a relatively simple round. I am happy that I was able to achieve third place, but a little disappointed as well because it could have been better.” – said Barka, with a smile on her face after her match for the bronze. 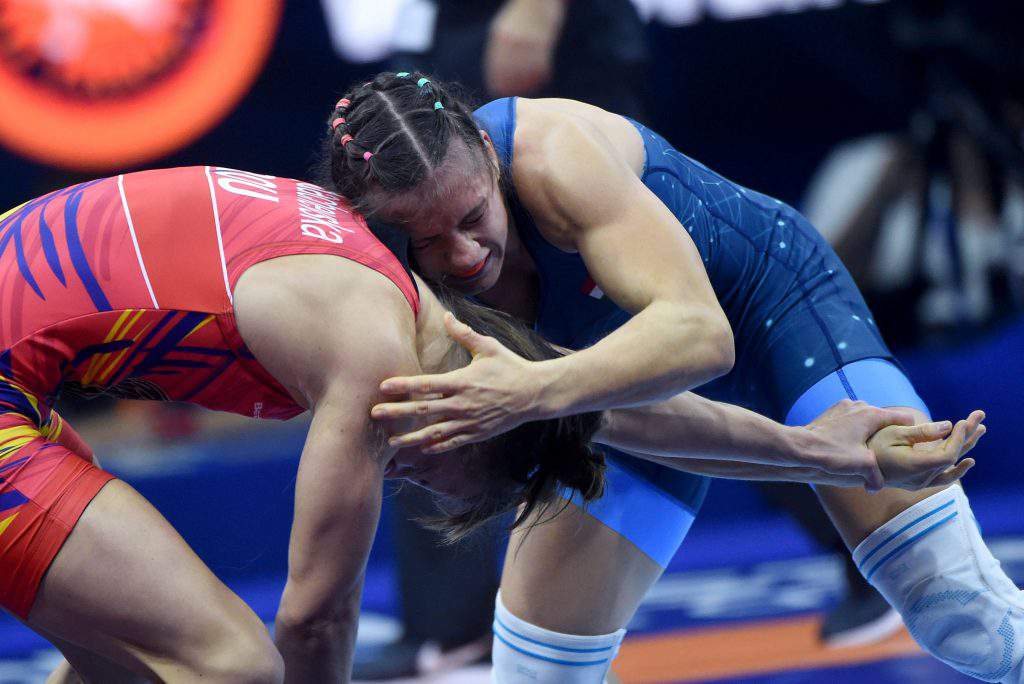 She elaborated that the most difficult part for her on Thursday was that she needed to deal with her loss in the semi-finals on Wednesday. “It is the only match where I feel that I had possibilities I did not take advantage of, but otherwise I was confident in wrestling throughout” – said Barka, who added that she is happy that she could play in front of the Hungarian audience and was able to show her abilities.

She is the only Hungarian World Wrestling Champion in women category.

Árpád Ritter, coach of the women team happily answered to MTI as he was all in all very satisfied with his contestants and that they outperformed their expectations.