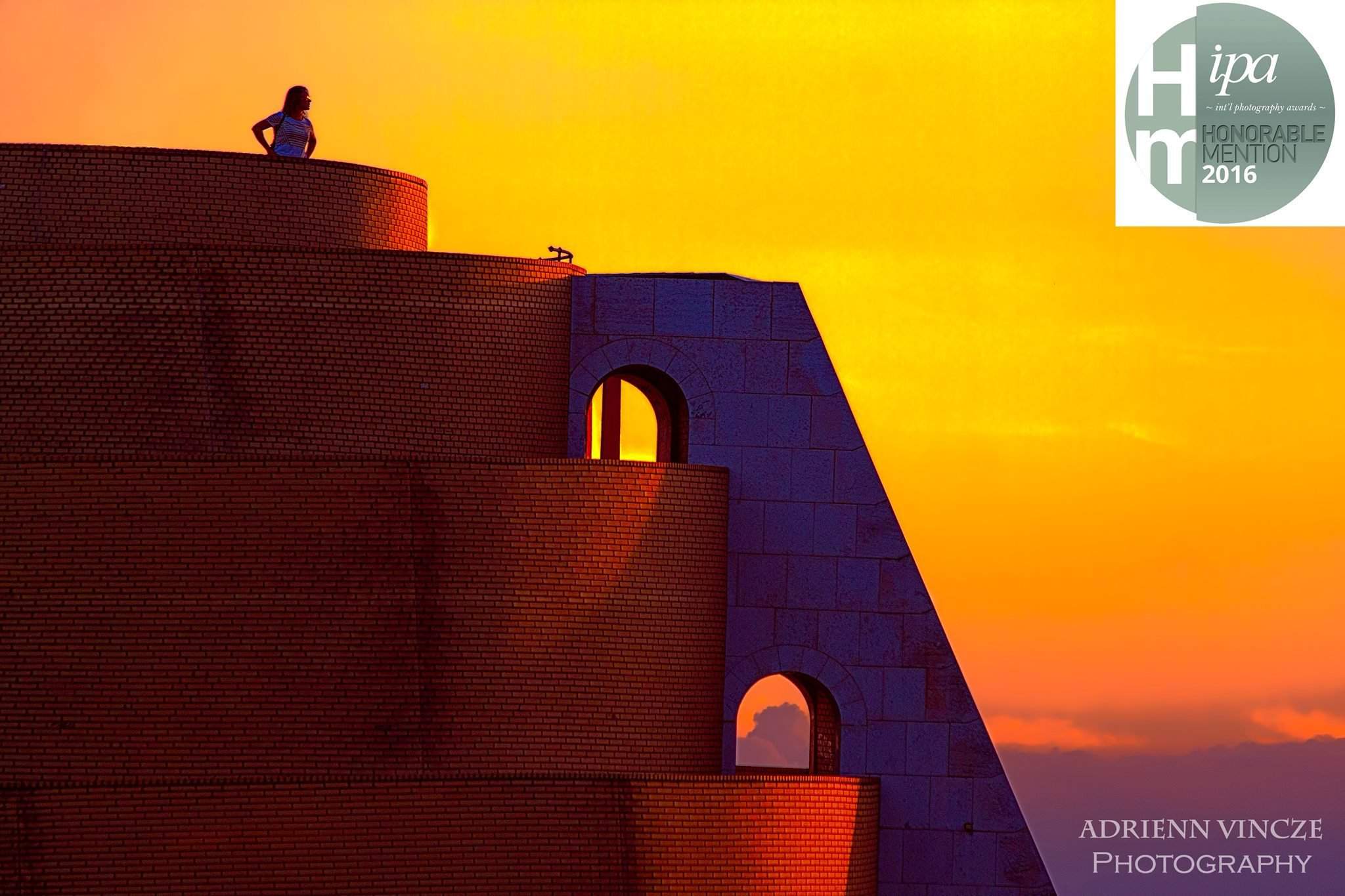 A talented Hungarian photographer, Adrienn Vincze, was awarded with three Honourable Mentions at the 2016 International Photography Awards (IPA). What’s special about these photos, besides the fascinating work, is that two were in the nature-wildlife category, while the third category Adrienn was awarded in was the category of architecture, and it is very rare for a photographer to win prizes in such different categories. Not to mention how exemplary it is to win three special awards in such a strong field.

Each year, IPA invites passionate photographers, to compete for the title of Photographer of the Year, Discovery of the Year and Deeper Perspective Photographer of the Year. A board of esteemed professionals in the field juries the competition: curators, photo editors, gallery owners, art directors, and other luminaries from the international photography community. The awards includes a Lucie Statue, cash prizes totaling over $20,000, exhibition and publication opportunities.

This year, The International Photography Awards received 17039 submissions from over 162 countries.

Since the early days, photo enthusiast Adrienn Vincze was fascinated by numerous various details of nature and wildlife. She finds major inspiration in the world that surrounds us with rich details, of flora and fauna, colours, those miracles of life often invisible to many people.

She graduated from Corvinus University of Budapest as an economist, but she also has been learning ethology from books. She is actively engaged, not only in photography, but as an animal ambassador protecting animals, as well. Her talent is multifaceted. For the first time this year, she has not only competed in the category of Nature and Wildlife but also in the category of Architecture.

“Sunset coloratura” depicts the small look-out tower near Müpa in summer sunset. It is visited by many tourists and Hungarians because its special shape assigns an exotic shape to the cityscape. On the photo a tourist is showing something to her friend, who had already walked out of the picture. “I am very happy that the world gets to admire a bit of Budapest from a yet unseen perspective through the competition” says Adrienn. 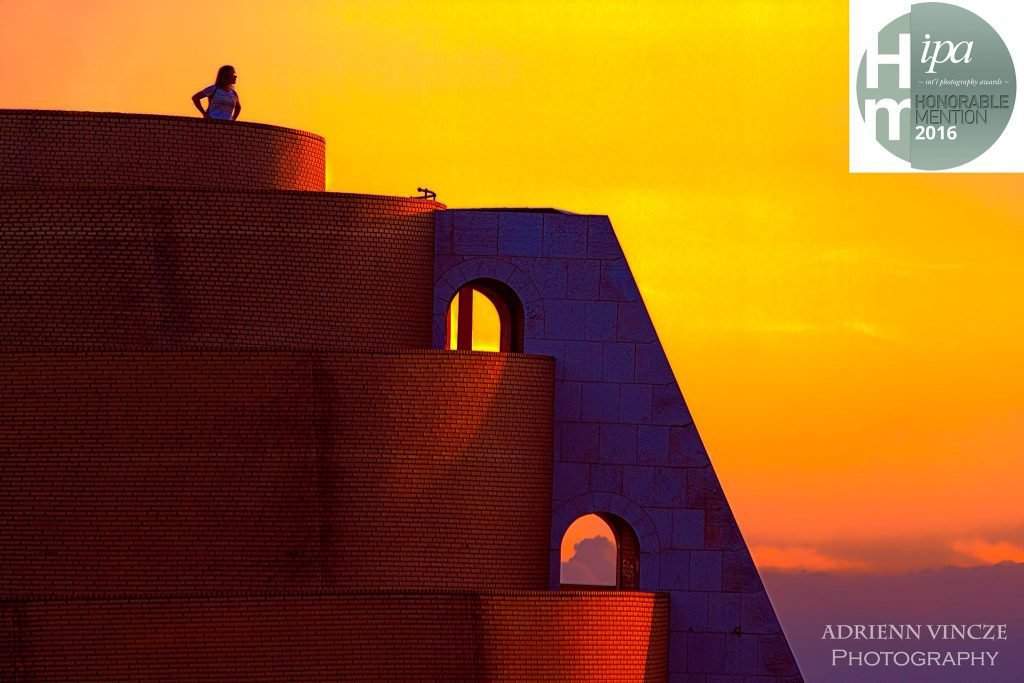 Honorable Mention in Architecture – Other for the winning entry “Sunset coloratura”

“Giraffe somehow” intends to present the animal from a completely new perspective. The photo’s aim is the depiction of the similarity and harmony between flora and fauna. “The picture doesn’t only show a giraffe from below, but its shape reminds me of a flower as well.” 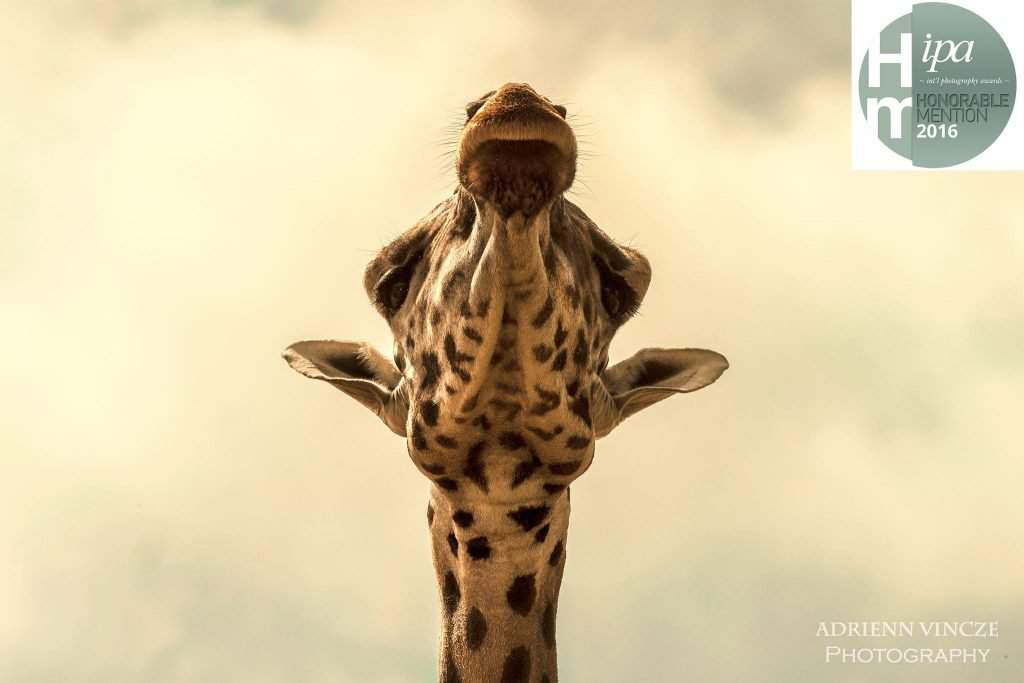 The “Tigers in the water” is the opening photo of a series, which was already awarded with a special prize in Paris, and National Geographic’s editors chose it as their favourite one year ago. 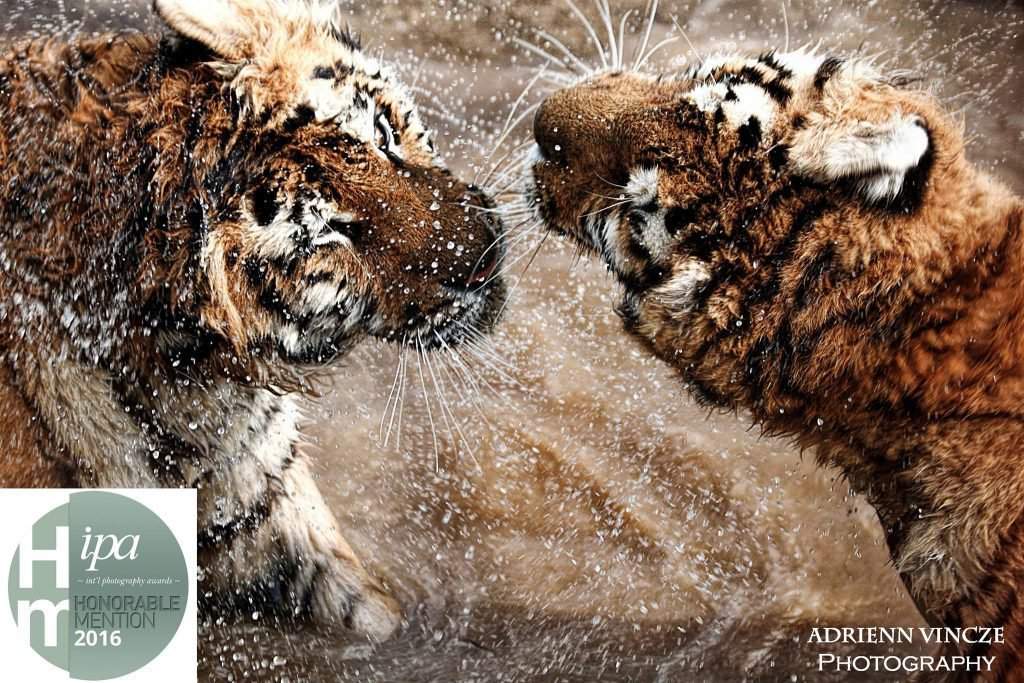