Hungarian traditions on All Souls’ Day

In the Christian religion, All Souls’ Day commemorates the souls of Christians who have died. After Halloween and All Saints’ Day, this is the third most significant event at the end of October and the beginning of November. All Souls’ Day is celebrated on November 2nd every year. In Hungary, the day slowly became a general commemoration of the deceased, independent from religious beliefs. This is the day when we light candles and take some time to think about our loved ones who are not with us anymore, but there are several other traditions as well.

In the evening of All Souls’ Day, before the Sun rises, it is believed that the dead souls gather together in a church for a mass. After the tolling, they walk to their relatives’ house. The members of the household put another plate on the table with bread, salt and water. In Transylvania and Szeged people bake traditional Hungarian loaf of bread, which is called God’s or the dead’s bread.

Many beggers and poor people are welcomed and given with food at several households on this day. In some regions, and Hungarian villages in the country and on abroad, families put some food on their relatives’ grave as well (e.g. in Topolya, which is a Hungarian populated village in Serbia). In Ipolyhídvég (Hungarian populated village in Slovakia) family members and relatives eat lunch together before visiting the cemetery and light some candles.

As in the case of All Saints’ Day, every type of work is forbidden on this day. According to the superstition, working on this day is equal to attacking the dead. Farmers do not cultivate the land because the activity makes them sick. Washing is also prohibited because dead souls could walk in the river itself. In Csallóköz (Slovakia) washing gives yellowish colour to clothes. Another activity, called whitening brings worms and insects in the house.

People usually clean their relatives’ graves and decorate them with flowers and as many candles as the number of dead relatives in a family. Lightning candles was not generally a tradition. It became popular and part of the commemoration after World War II.

Also, every family leave the lights in every household on, to let the dead look around in the rooms while the members of the family are spending their time in the cemetery. 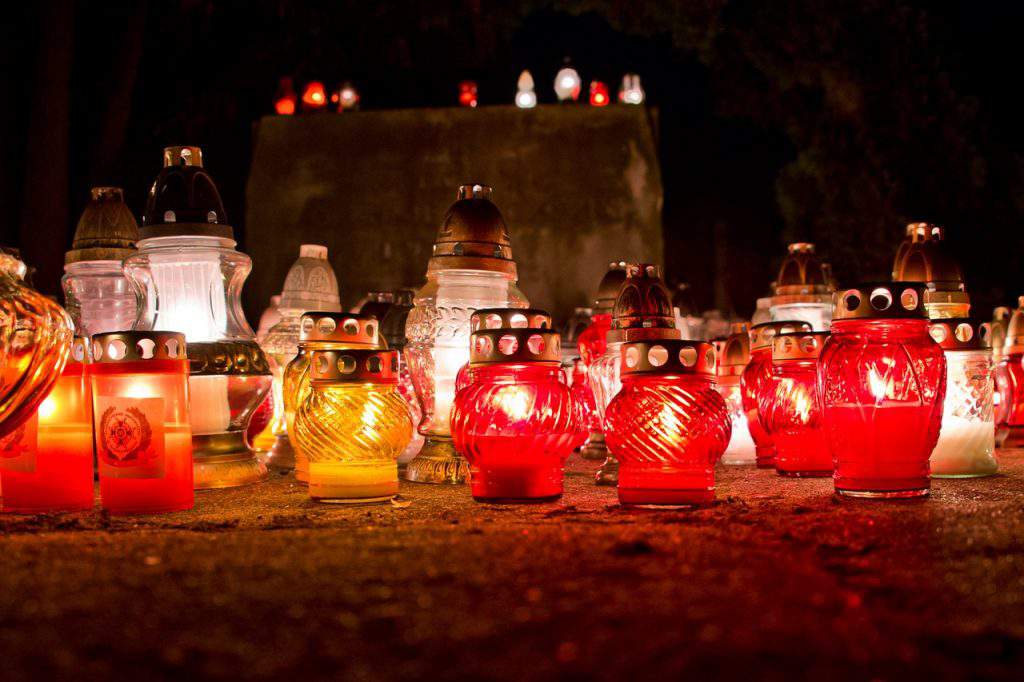