Hungary has the fewest female politicians in the EU

Overall only 30 per cent of the members of parliament are female in the EU; men outweigh women in every country, without exception. Hungary is at the bottom of the list when it comes to the number of women having a parliamentary seat.

Eurostat has published their latest survey on the distribution of parliamentary seats among women and men, concluding that the fewest female politicians are in Hungary.

In 2019, altogether 30 per cent of the parliamentary seats in the EU are held by women, which may be a disappointing result, but it is still higher than the 21 per cent-result from 2003. Even though in Sweden, the highest-ranking country, the division between men and women is almost the same (47% of Swedish politicians are women), the balance is not tipped anywhere in the EU.

and finally, in last place, Hungary, with only 13%. 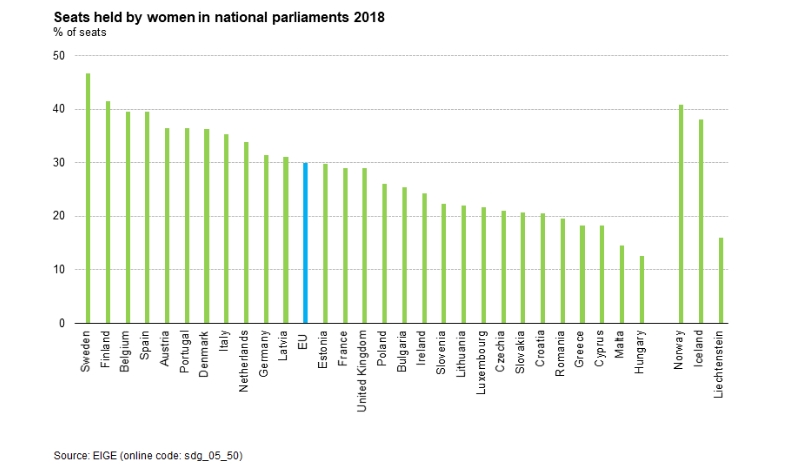 Concerning female members of the government, the average in the EU is 30 per cent, showing a similar growth from 2003, when it was 23%. Sweden once again heads the list with 52%, sharing the first place with Spain. Then comes France (49%) and the Netherlands (42%). 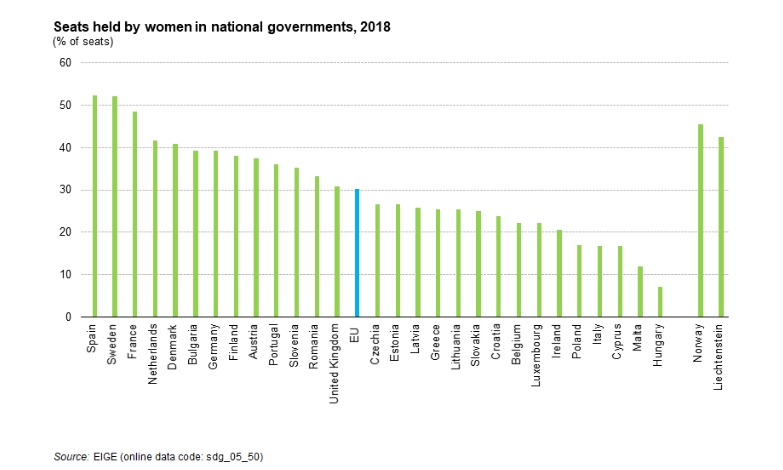 This means that, concerning both the number of women in parliament and in the government, Hungary comes last.

It seems that every neighbouring country has made some progress (Slovenia the most, but there are considerable changes in Slovakia and Austria, too), except for Hungary.