Hungary could be the link between Africa and Europe

According to globoport.hu, Hungary is judged poorly in Africa in the last thirty years, and this needs to be changed. This is why the Hungarian Chamber of Commerce and Industry’s Sub-Saharan Department organised the West African Forum for Hungarian businessmen.

Many Africans students have studied in Hungary in the last decades and these relations, memories will never fade. Several of these students have important jobs in their homeland now, but they still have a connection to us. “This facility should be exploited” said Dr Zoltán Kiss, the president of the Budapest Chamber of Commerce and Industry, and highlighted that the chamber professional department of the Visegrád Four held a meeting in the same building where the forum was held. This is important and also symbolical, because Hungary could be the logistic centre, the link between the third world and the V4, and the other member states of the European Union. 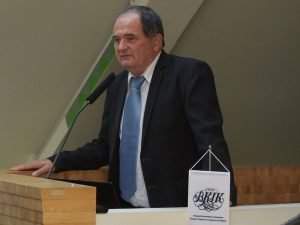 “We have to rediscover this part of the world” continued the head of department of the Ministry of Foreign Affairs. Márk Horváth said that they have already doubled the number of representations in the region and three times more people serve there than before. When the professional portfolio has the necessary information, they will recommend Ivory Coast, Nigeria, Benin, Togo, Senegal etc. to Hungarian entrepreneurs.

“We can’t settle for Africa by saying that it’s too far away” said Sándor Balogh, the president of the African-Hungarian Union and the Hungarian Trade & Cultural Centre. A bad harvest or a bloody conflict could be enough to trigger an immigration wave towards Europe. “We can’t close our gates” emphasised Sándor Balogh, because the situation would either get even worse and they break in on us, or the conditions would flourish and then we get left out.

One thing is for sure: Africa is a hard nut to crack, but meetings like this can help this process. “Congo is the most complicated country in the region” said the president of the Foundation for Africa and added that we should pay attention to Congo, because it plays an important role in the continent’s political and economic life. According to France Mutombo Tshimuanga, Congo is the world’s richest country regarding mineral treasures.

It can easily happen that someone wakes up as an outlaw in Congo, but then finds a huge diamond in his/her garden and grows rich immediately. Founding a company in Congo is quick and cheap, they respect and welcome Hungarian businessmen. At the same time, the political situation is not quite stable currently, it is impossible to tell what’s going to happen in the next months. 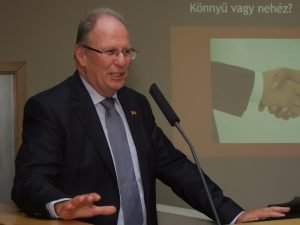 “Everything starts and finishes an hour later in Africa” said Ghana’s Honorary Consul. Boldizsár Entz believes that Ghana is a fantastic country with great opportunities. It is the biggest African partner of the USA, which imports the products custom free. The Turkish, the Chinese and the Egyptians exploit this and Hungary should also live with this opportunity in the custom free region. However, Boldizsár Entz warns everyone about the defrauders specialised in scamming foreign businessmen in Ghana.

African people got bored of foreigners grinding them and stealing their money, but they also want to learn, advance and build reliable relations. “We, Hungarians could be their partners” said the managing director of the ANY Security Printing Company, Gábor Zsombok. He speaks from experience, since his company has been transporting to Benin, Togo and Ivory Coast for ten years. A good business requires hard work for long weeks and months, but it is worth it. 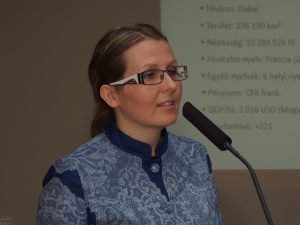 “You can easily get to Senegal, it’s cheap, and you don’t need any visa or vaccination” as the country was recommended by Ildikó Szilasi. Hungary’s Honorary Counsellor of Foreign Affairs to Senegal said that Hungarian businessmen need to be persistent and firm. In exchange, there’s the constantly growing GDP and the excellent Ghanaian soil. Ildikó Szilasi attracted attention to the 700 metre long sea coast and the opportunities it holds in store. Tourism needs to be developed, and once it starts up, it could pick up a living for every tenth African.

Press release - On February 22, students from five Budapest universities presented their...
Another Hungarian national suspected of carrying the coronavirus has been…
Italian authorities said on Tuesday the country has by far confirmed a total of 283…
The Nine-Arched Bridge in Hortobágy is the main symbol and the most remarkable…
We and our partners use technologies, such as cookies, and collect browsing data to give you the best online experience and to personalise the content and advertising shown to you. I accept
Privacy & Cookies Policy