Hungary can help Mongolia in water management and agriculture, said the Hungarian President János Áder following the press conference he held with his Mongolian counterpart Tsakhiagiin Elbegdorj in Ulan Bator. After their talks, both presidents welcomed Hungary’s plan to re-open its embassy in Mongolia. 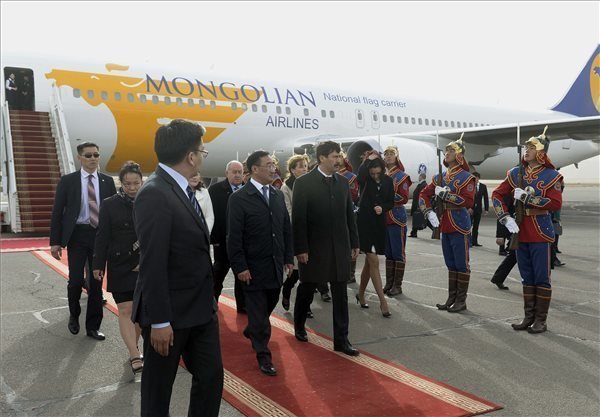 Elbegdorj highlighted the strengthened educational cooperation between the two countries. Now one hundred Mongolian students can receive grant in Hungary.

Mongolia, which is rich in resources such as gold, uranium, and wolfram, has demonstrated spectacular economic growth since 1990. Its GDP has increased by 8-17 % per annum over the past few years. In the future, Hungarian experts may contribute to protect Mongolia’s water resources, produce quality drinking water, and upgrade the existing network of pipes and canals, added the Hungarian president. These precautionary measures are needed for the growing population, as well as for mining and intensive farming, which brings in most export revenues for the country. 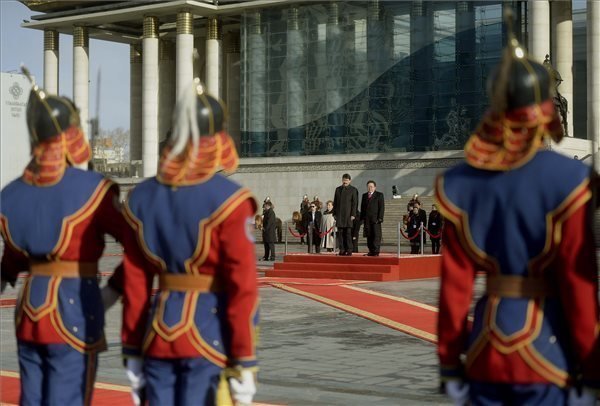 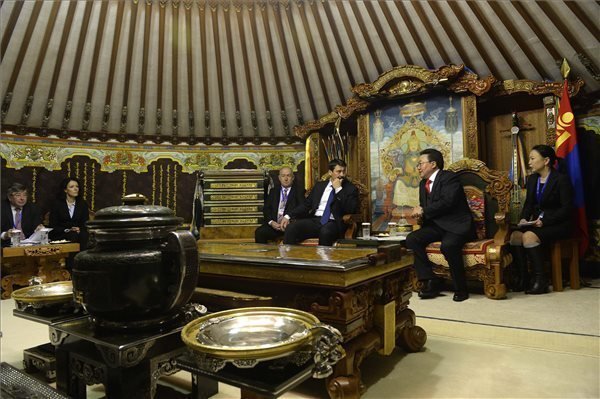 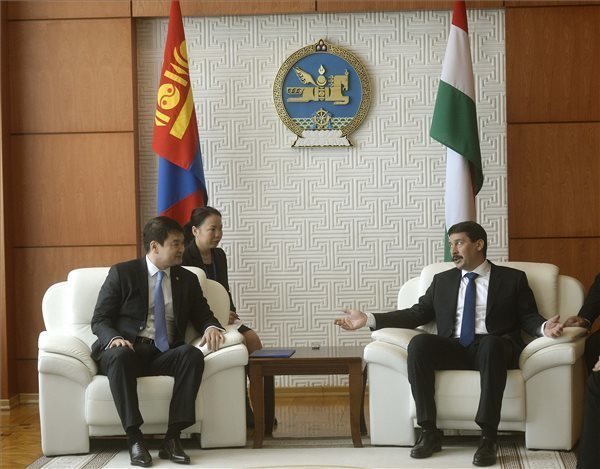 Elbegdorj noted that he had visited Hungary last year, and recalled that it was twenty-one years ago that the Hungarian President had visited Mongolia. Áder also held talks with Prime Minister Chimediin Saikhanbileg and chairman of the State Great Khural Zandaakhuugiin Enkhbold.

Based on the article hvg.hu
Translated by Gábor Hajnal