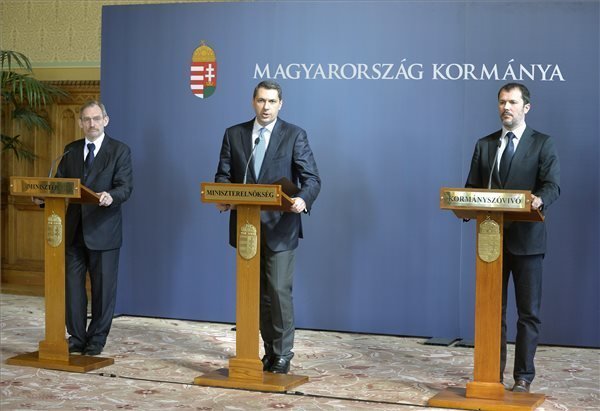 Budapest, April 1 (MTI) – Hungary signed a 10-billion-euro credit agreement with Russia for an upgrade of its nuclear plant in Paks, central Hungary, Janos Lazar, the head of the prime minister’s office, said.

Lazar confirmed an earlier report by the Russian business daily Vedomosti, citing Russian deputy finance minister Sergei Storchak who told the Russian Interfax news agency on Monday that the agreement had been signed.

Lazar said the credit agreement would be submitted to the new parliament to form after the general election on April 6. He said the document has been sent to Brussels, too.

The Russian government approved a draft of the intergovernmental agreement on March 10. Prime Minister Dmitry Medvedev instructed several ministries as well as the Vnesheconombank and Russian contractor Rosatom to hold talks in the interest of signing the agreement.

Vedomosti and Interfax reports confirmed the content of the agreement in which the loan’s repayment period is set at 21 years. The first payment will be due on the March 15 or September 15 which falls closest to the start of operations at new blocks no 5 and 6 at Paks, but no later than March 15, 2026, the document cited by the paper said.

She added that Prime Minister Viktor Orban is making a historic mistake, because Hungary will be paying back the loan long after his term as prime minister expires.

The opposition E14-PM alliance also called on the government to make the contract public in Hungarian. Co-chairman of the opposition Dialogue for Hungary (PM) party Benedek Javor told MTI on Tuesday that it was “unbelievable” that the Hungarian public had to find out about developments on Paks from the Russian press and called it “unacceptable and unprecedented” that the government signs a 3,000-billion-forint 30-year agreement just five days before the general election.

Gordon Bajnai, leader of E14-PM, said Orban was presenting irreversible facts a few days before the election by signing the agreement. He told a press conference that Orban was tying Hungary to Russia by committing to an agreement for more than thirty years without a parliamentary debate and mandate to do so.

Hungary signed an agreement on Jan. 14, 2014, on the construction of two blocks at the Paks nuclear power plant by Russia’s Rosatom. Russia is lending Hungary 10 billion euros at variable rates of 3.95-4.95 percent interest to cover 80 percent of the project’s costs, which Hungary is set to repay in euros.