Africa development Hungarian government Hungary technology water
Hungary will launch a 52 million US dollar tied aid loan in Rwanda, the largest such scheme undertaken by Hungary in Africa so far, Foreign Minister Péter Szijjártó said in Kigali on Wednesday.
Szijjártó, who is the first Hungarian foreign minister to make an official visit to Rwanda, told a joint press conference with Rwandan counterpart Vincent Biruta that the tied aid loan will be used to develop the country’s water management facilities with the involvement of Hungarian businesses.
The project will involve the renovation and expansion of Kigali’s water purification plant, with Hungarian companies providing the technical supervision of the installation of Hungarian-made technologies, the minister said.

together with a 6km pipeline network, Szijjártó said. The project represents a new opportunity for the use of Hungarian technologies in one of Africa’s fastest growing markets, and will help improve local living conditions, he added.

Meanwhile, Szijjártó said that in response to a request from the Rwandan government, Hungary is donating 300,000 coronavirus vaccine doses to the country, 200,000 doses of which are the AstraZeneca jab and 100,000 China’s Sinopharm. Because Hungary has enough vaccines in stock to vaccinate everyone three times over and have doses left in reserve, it can help countries that are facing difficulties, he said.

Szijjártó said the pandemic had demonstrated the interdependence between the countries of the world,

regardless of geographical location, noting Rwanda’s assistance in repatriating Hungarians during the first wave last year.
“And now, when we are in a position to help, we are helping,” Szijjarto said. “This is how cooperation based on mutual respect normally works.”
Tenants of municipal properties located in Hungary’s world heritage sites can buy at very low price
Cooperation between Hungary and Rwanda will be given a further boost when Hungary opens a consular office in Kigali, Szijjártó said. As regards education ties, he said 319 Rwandan students have applied for 20 scholarships available to them in Hungary.

Later today, Hungary and Rwanda will sign a cooperation agreement on creating capacities for the manufacture of vaccines, Szijjártó said. Hungary will open its own vaccine plant next year, he noted, adding that Rwanda also aims to produce its own jabs. 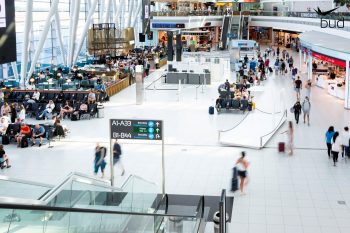