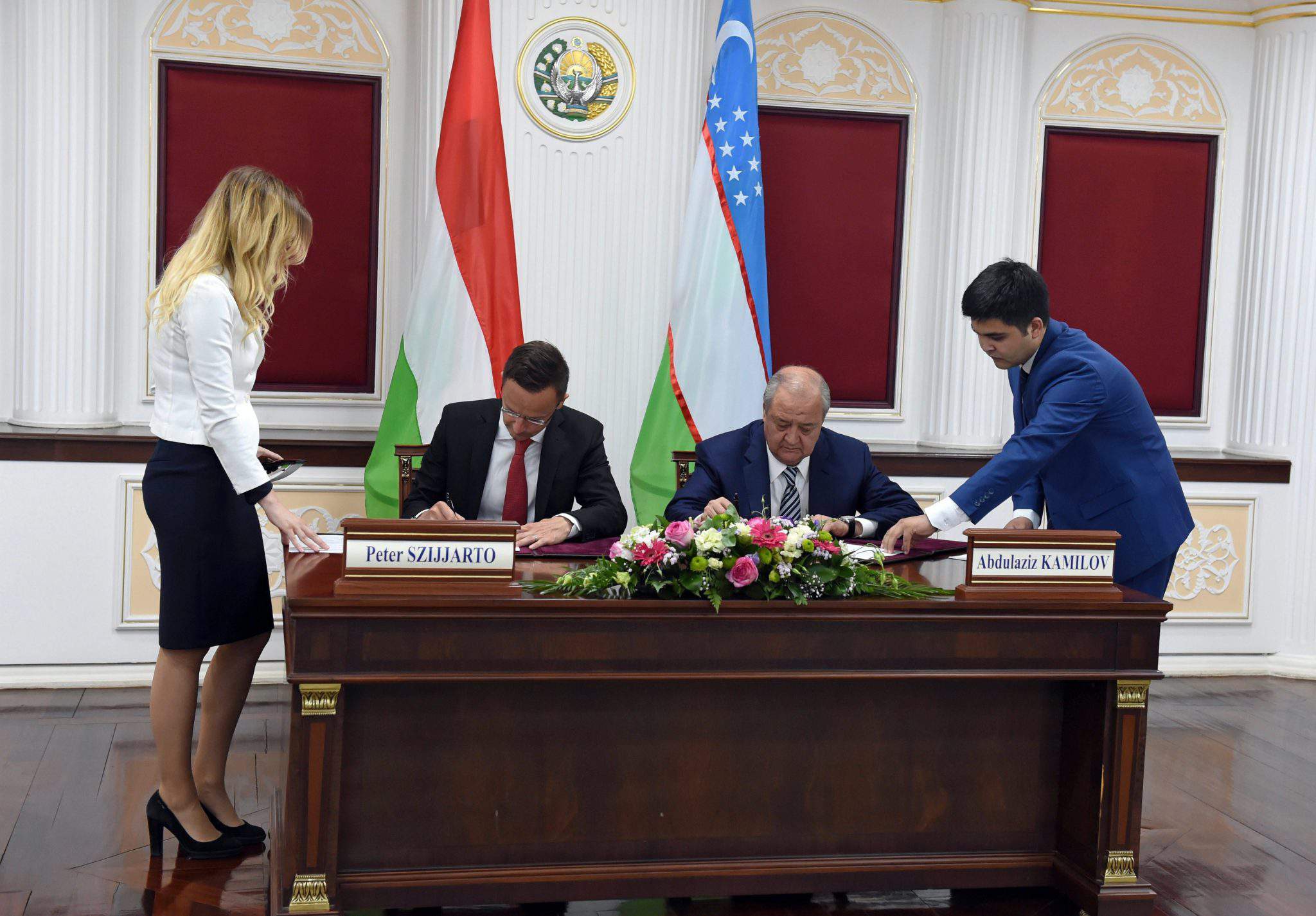 Opportunities abound in food-industry and animal-husbandry technologies as well as in pharmaceuticals and water-management technologies, Szijjártó told MTI by phone after talks in Tashkent.

The Uzbek economy grew by 7.8 percent last year and it is expected to grow by 6 percent this year, Szijjarto said. The country plans to open up to the world and its economy is being liberalised. Further, the national currency is planned to become convertible and a five-year economic development scheme is under way, he added.

Explaining the necessity of opening a Hungarian mission in Tashkent, the minister said “it is impossible to be successful here without maintaining a personal presence”.

Hungary is the 11th European Union country that has an embassy in Uzbekistan and the other three Visegrad Group countries had already opened their embassies in Tashkent because they had recognised the opportunities represented by the region, Szijjártó said.

At talks with Prime Minister Abdulla Aripov and various ministers Szijjártó agreed that Tashkent would offer opportunities to Hungarian companies in three areas.

Since Uzbekistan imports plenty of food, Hungary will get an opportunity to sell poultry farming technologies in addition to its current beef exports, he said.

Richter is already an important player in the Uzbek pharmaceuticals market, with over 100 registered drugs and involvement in over 30 clinical research trials. The Uzbek government would welcome the company to further expand its activities in the country, Szijjártó said.

As a shortage in water resources in Central Asia triggers political conflicts and security risks linked to water taken from shared lakes and rivers. Hungarian water management technologies, including waste water management, water loss reduction and irrigation, could contribute to the stabilisation of the Uzbek economy, he added.

Szijjártó said Hungary will offer scholarships to 30 Uzbek students to study in Hungarian universities. The related agreement has now been finalised and will be signed during the UN General Assembly session in New York.